Friends of Eater on Headline Predictions for 2014

Share All sharing options for: Friends of Eater on Headline Predictions for 2014

As is tradition at Eater, our closeout of the year is a survey of friends, industry types, bloggers, and readers. We've already looked at top restaurant standbys, top newcomers, the one word to sum up 2013, best dining neighborhoods, the biggest dining surprises, the single best meal, and their restaurant breakups of 2013. For our final question, friends of Eater predict headlines for 2014. (Here are last year's responses if you'd like to relive 2012 memories as well.) Readers, please add your thoughts to the comments. 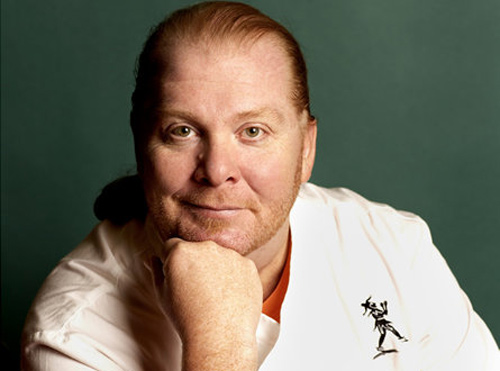 Q: What are your headline predictions for 2014?
MC Slim JB, restaurant critic, The Improper Bostonian:
· More Shocking Closures from Veteran Restaurateurs. This year, Bostonians watched Olives Charlestown, Anthony's Pier 4, and The Hilltop bite the dust. Longtime successes won't be able to rest on their laurels in 2014, either. The competition from talented new kids and hungrier chefs with excellent second and third restaurants will push a surprising number of coasting old-timers into retirement.
· Inconsistency Influenza Clobbers Boston. Boston restaurants have long struggled to bring consistent service to the front of the house; there just aren't enough polished waitstaffers to go around. That same labor crunch will hit kitchens in 2014, too, as new restaurants fight established ones to attract and retain talented line cooks and other key back-of-house staff. Getting three great meals in a row at any one restaurant will become a coup.
· Human Locusts Continue to Ravage Global Ecosystem. The plague upon planet Earth that is Homo sapiens will devastate more plant and animal species through a combination of global warming, overconsumption, and mismanagement of agricultural and aquatic resources. Expect more foodstuffs you love to become expensive and scarce – in some cases, consigned to oblivion -- because we're ruining our environment.

Marc H., Boston's Hidden Restaurants and Boston Restaurant Talk: Frozen yogurt shops will disappear more quickly than a coin at a David Copperfield show, while Burlington will become the Somerville of Lexington when it comes to dining out (don't ask me to explain this last one—I don't really know, either.)

Luke O'Neil, freelance journalist on cocktails and lots more, all over the internet: Alden & Harlow dominates all media mentions for the year, leading to Scelfo dying of glee when one of his Instagrams gets shared 10k times. :)

South End blogger BosGuy:
· Downtown Crossing revitalization gets the attention of many new (and worth trying) restaurants.
· Second prediction: Eataly finds a home in Boston.

Damien S., community manager for Yelp Boston:
· "Boston: Now With 280% More FroYo"
· "Offal-y Familiar: OK, We Get It. You Can Eat That."
· "Salted Caramels: The Next Macaron (The Next Donut [The Next Cupcake])"

Katie Chudy, Eater Boston contributing writer: Mario Batali will threaten another restaurant; we'll get excited and then it won't work out. We'll get mad at Todd English (again), there will be more ramen in places we wouldn't expect, and we'll see more late-night menus popping up.

Marian White, BostInno staff writer: The Seaport/Fort Point area will continue to just get better and better — and I hope the same goes for the Somerville restaurant and bar scene. Farm-to-table and locally sourced food will become increasingly popular. And after the success of Whisk, I'm hoping to see more pop-up restaurants around the Hub very soon.

Bianca Garcia, Confessions of a Chocoholic blogger: Dessert for Breakfast Becomes a Thing. Everyone Discovers the Joys of Filipino Food. (At least these are what I'm hoping for!)

Leah Klein, Leah's Life: Pearls and Oysters blogger: The presence of a real Jewish deli from cured meats to fish 'charcuterie' and a great bagel or two becomes a reality in Boston.

Rachel Cossar, Foodista on Pointe blogger: With the rumoured T expansion as well as the longer T hours, and a bit of hope, Boston's late-night food scene will become more dynamic:)

Aaron G., Eater Boston reader: For 2014, I'm expecting to see a continued move away from fine dining; a few places will persist, but more restaurants will move toward higher end comfort food and new spins on classic recipes.