Friends of Eater on the Biggest Dining Surprises of 2013

Share All sharing options for: Friends of Eater on the Biggest Dining Surprises of 2013

As is tradition at Eater, our closeout of the year is a survey of friends, industry types, bloggers, and readers. We've already looked at top restaurant standbys, top newcomers, the one word to sum up 2013, and best dining neighborhoods. For our next question, friends of Eater name their biggest dining surprises of the year. (Here are last year's responses if you'd like to relive 2012 memories as well.) Readers, please add your thoughts to the comments. 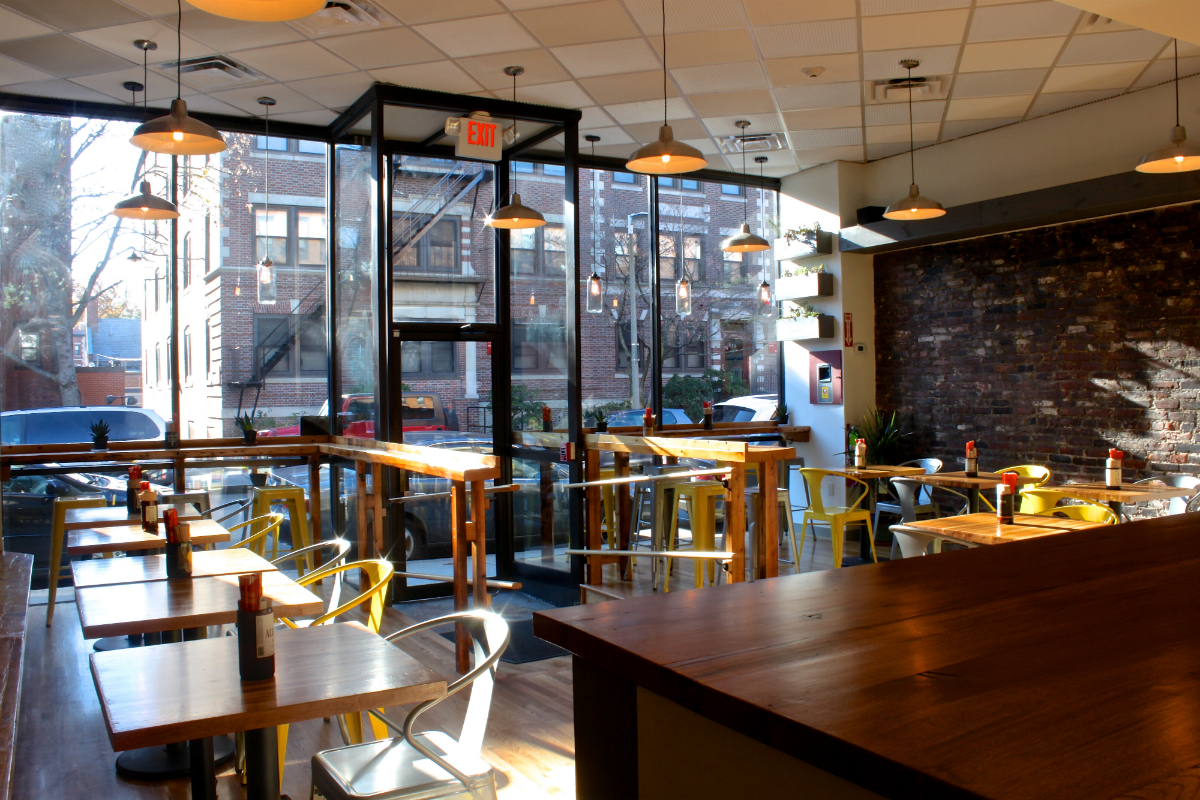 Q: What was the biggest dining surprise of 2013?
MC Slim JB, restaurant critic, The Improper Bostonian: Bona fide craft cocktails hitting their stride. It now seems that indie chefs won't open a new restaurant without giving spirits and cocktails equal consideration alongside wine and beer. The proportion of fakers and wannabes — bars that trumpeted "craft cocktails" in their marketing but flopped in execution — seemed to diminish. This is the happy cumulative effect of pioneers like Drink, Green Street and Eastern Standard: talented bartenders they cultivated have gone on to found their own excellent programs. We've never had so many fine places to enjoy a serious drink.

Marc H., Boston's Hidden Restaurants and Boston Restaurant Talk: Maybe I shouldn't have been surprised, but I was stunned how many landmark restaurants in the Boston area either closed or announced that they were going to close. Warning—if anything happens to my beloved Santarpio's, someone will be hearing from my lawyer.

Luke O'Neil, freelance journalist on cocktails and lots more, all over the internet: When did Shojo open? I forget. Definitely a bright spot that's much better than it needed to be.

South End blogger BosGuy: The number of hamburger chains and restaurants that continue to open in Boston. I don't get it.

Damien S., community manager for Yelp Boston: The successful commercialization of the slow juicer. I guess I understand that a fibrous vegetable blend can run $12, but then again, no, I can't. On the positive, the torta al pastor at Tenoch Mexican is a revelation.

Katie Chudy, Eater Boston contributing writer: I spent more money on ramen than I did on Anna's burritos this year.

Drew Starr, Eater Boston contributing writer: Mei Mei (then still Street Kitchen) did a popup at Washington Square Tavern based around a massive 400-pound pig the Mei Mei team had butchered. While I had been enamored with the truck from the get-go, and their 2012 popup at The Gallows with Staff Meal (RIP) showed serious promise, this meal was a true holy shit moment. An offal bolognese and a four-pound (yes, that was the size of the beast brought to our table) pork chop are particular standouts from the evening. Within a month of that meal, my fiance and I decided to hire them for our wedding, and I knew the brick and mortar was going to shock people who were expecting just more (really good) dumplings.

I was also surprised to see Christopher Lloyd sitting at the bar at The Salty Pig one night. Salty Pig deserves a mention for dining surprise as well. Already known for a great beer list, their bar has a cordial license, which severely limits what liquors they can use in cocktails. Nonetheless, they have quietly developed a more interesting cocktail program than most of the rest of the Back Bay combined. And their "Red Sauce Sundays" are proof that North End restaurants serving Sysco sauce are truly fleecing their customers.

Marian White, BostInno staff writer: As a South Carolina native (and BBQ fan), I have to say that the amount of delicious BBQ in this city is astounding. I love it! From Sweet Cheeks to Smoken Joe's, this New England town is quickly becoming a Southern foodie's paradise.

Dave Levy, We Love Beantown blogger: The growth in Kendall Square, from the promise of State Park to the continued success of Meadhall and Hungry Mother, and I'm sure many others that aren't coming to me so quickly. I'm an anti-river-crosser and each of these options are solid reasons for me to grab the 1.

Bianca Garcia, Confessions of a Chocoholic blogger: Realizing that I like the 'Shroom Burger at Shake Shack way more than the regular burger.

Aaron G., Eater Boston reader: For me, the biggest dining surprise of 2013 was the inexplicable popularity of food fads like frozen yogurt and cupcakes.