Friends of Eater Describe 2013 in One Word

Share All sharing options for: Friends of Eater Describe 2013 in One Word

As is tradition at Eater, our closeout of the year is a survey of friends, industry types, bloggers, and readers. We've already looked at top restaurant standbys and top newcomers of the year. For our next question, friends of Eater describe 2013 in one word. (Here are last year's responses if you'd like to relive 2012 memories as well.) Readers, please add your thoughts to the comments. 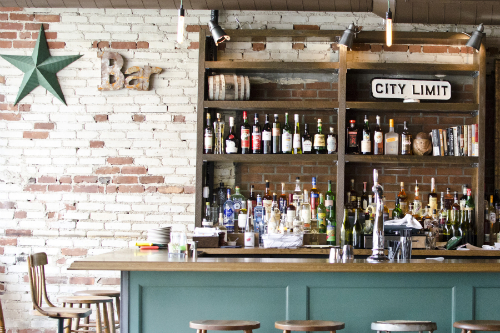 Q: How would you sum up 2013 in one word?
MC Slim JB, restaurant critic, The Improper Bostonian: Embarrassment, as of riches. I usually do a good job of getting to every significant new place a couple of times within its first couple of months, but the welter of worthy new restaurants this year has made it tough, to say nothing of pricey, to keep up.

Luke O'Neil, freelance journalist on cocktails and lots more, all over the internet: Cambridge.

Leah Mennies, food editor at Boston Magazine: Boom. We've gained a staggering number of new, exciting restaurants this year, and I'm still playing catchup. Not a bad problem to have. Even on the retail front, we now have Olives & Grace, Farm & Fable, and Moody's Delicatessen & Provisions offering small-batch, artisanal foods and kitchen tools. Come to think of it, maybe the word of the year (if we include Kirkland Tap & Trotter, Puritan & Company, and the forthcoming Alden & Harlow) should be Ampersand.

Damien S., community manager for Yelp Boston: Road-to-roost, which is my soon-to-be-trademarked term for food trucks that set up brick & mortar digs.

Drew Starr, Eater Boston contributing writer: Smoked. Or maybe carrots. Hell, I had no fewer than five different dishes that had both carrots and smoke this year.

Marian White, BostInno staff writer: Hybrids (too many of them).

Dave Levy, We Love Beantown blogger: Craft (as in I guess we're all doing this craft beer thing and I'm not disappointed).

Aaron G., Eater Boston reader: In one word, 2013 was about "expansion," with several notable restaurateurs opening second locations (Tim Maslow with Ribelle, Ming Tsai with Blue Dragon, Ana Sortun with Sarma, Barry Maiden with State Park, and Tony Maws with The Kirkland Tap & Trotter, among others, I'm sure).