Friends of Eater on Top Restaurant Standbys of 2013

Share All sharing options for: Friends of Eater on Top Restaurant Standbys of 2013

As is tradition at Eater, our closeout of the year is a survey of friends, industry types, bloggers, and readers. For our first question, friends of Eater weigh in on their top restaurant standbys. (Here are last year's picks if you'd like to relive 2012 memories as well.) Readers, please add your thoughts to the comments. 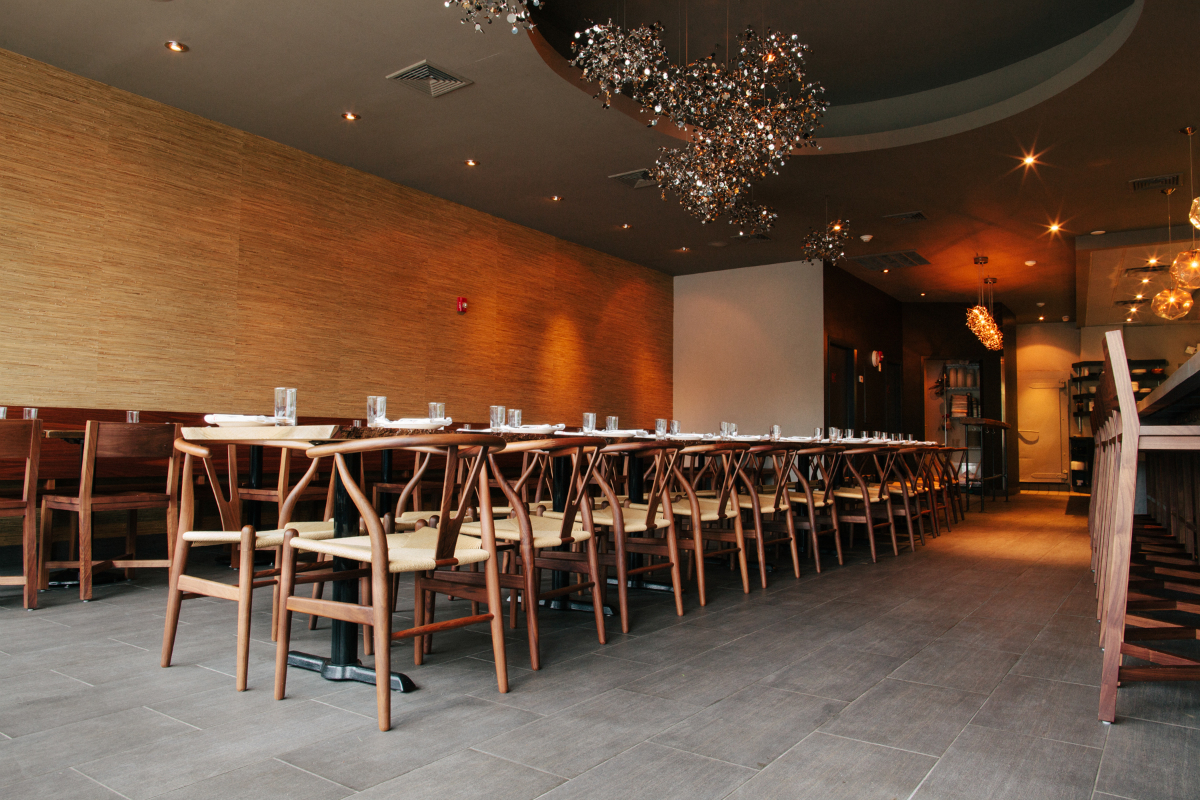 Q: What was your restaurant standby this year?
MC Slim JB, restaurant critic, The Improper Bostonian: A tie: Strip-T's in Watertown in the mid-range, Dumpling Café in Chinatown at the low end. Despite all the new restaurants I was supposed to be researching, I started many days this year thinking about these places in the morning and plotting my day to visit them. They draw me in like magnets.

Marc H., Boston's Hidden Restaurants and Boston Restaurant Talk: I'm not sure I have one because I review so many dining spots, but I tend to go to Cambridge Common in Cambridge relatively often, as well as Santarpio's in East Boston.

Luke O'Neil, freelance journalist on cocktails and lots more, all over the internet: Whenever people ask me this question, which is frequently, I never have a good answer. Whenever I have a free night to go out I have to use it at a place I haven't been before. Tough life, I know, but it does sort of prevent too many follow-ups to places I liked after I've written about them. That said, I'm definitely looking forward to getting back to Sycamore and Sarma again soon. The place I went the most this year, by far, was The Sinclair. More so as a bar and a venue than a place to eat. Best new venue and cocktail bar of the year for sure.

Damien S., community manager for Yelp Boston: I tend to don the Pith helmet and explore uncharted territory when it comes to evening eats, but for midday meals, I've logged quite a bit of mileage at Life Alive in Central Square, Crema Cafe near Harvard and Bon Me in Kendall.

Katie Chudy, Eater Boston contributing writer: East by Northeast is one of my standbys. The tasting menu is one of the best values in the city.

Drew Starr, Eater Boston contributing writer: jm Curley never saw me less than twice a month in 2013. I even got engaged there in March. The bar (run by Kevin Mabry) and the kitchen (until last week, run by Sammy Monsour) have both done an impressive job developing menus that are constantly featuring new items while maintaining a core of favorites. I try to conduct Eater interviews there when I can, just to have an excuse to go in for that burger at lunch. I'm looking forward to seeing what new chef Chris Bauers does going forward. He was Monsour's sous for the past year, so while he's sure to put his own mark on the menu, I don't expect wholesale changes anytime soon.

Honorable mention to Pho Basil near Christian Science. I think I maintained gold status on Foodler for half the year thanks to orders from there alone. Really nicely executed Thai and Vietnamese food with great service. It's no surprise that the people who cover food for Boston Magazine spend a lot of time there, as well.

Jacqueline Dole, food writer and photographer: Mei Mei, absolutely. Half of my body is probably comprised of Double Awesomes at this point. The day they started serving shaved ice was one of the best parts of my summer.

Marian White, BostInno staff writer: I'd say, Lineage in Coolidge Corner was probably my neighborhood standby this year. If I could afford to sit at their bar every night with a glass of wine and a wood oven pizza, I'd probably do it. Also, the Regal Beagle would be my standby for brunch — best pancetta and Brussels sprouts hash ever.

Dave Levy, We Love Beantown blogger: Both out of convenience to my South End apartment, the incredible staff and equally incredible beer list, I found myself at Five Horses South pretty religiously when I couldn't think of something better. Chicken tenders and whatever's new on tap can go a long way to solving the "what do I eat" crisis after a busy day.

Aaron G., Eater Boston reader: My restaurant standby this year was Ribelle. Tim Maslow's flavorful take on Italian cuisine goes well beyond the standard red-sauce fare that most locals consider to be Italian, and between the convenient location and the "3 for $30 'til 6:30" menu, it was a no-brainer for us to make Ribelle a regular part of our every-other-Thursday restaurant rotation.

Michele Won, Eater Boston reader: The Middle East — Won's daily routine consisted of school, hopping on the green line at Riverside to get to Central Square, food and boozing while doing homework at Middle East, prancing to one of the clubs on the same block to catch the shows.