Friends of Eater on the Top Newcomers of 2013

Share All sharing options for: Friends of Eater on the Top Newcomers of 2013

As is tradition at Eater, our closeout of the year is a survey of friends, industry types, bloggers, and readers. We've already looked at top restaurant standbys of the year. For our next question, friends of Eater weigh in on the top newcomers of 2013. (Here are last year's picks if you'd like to relive 2012 memories as well.) Readers, please add your thoughts to the comments. 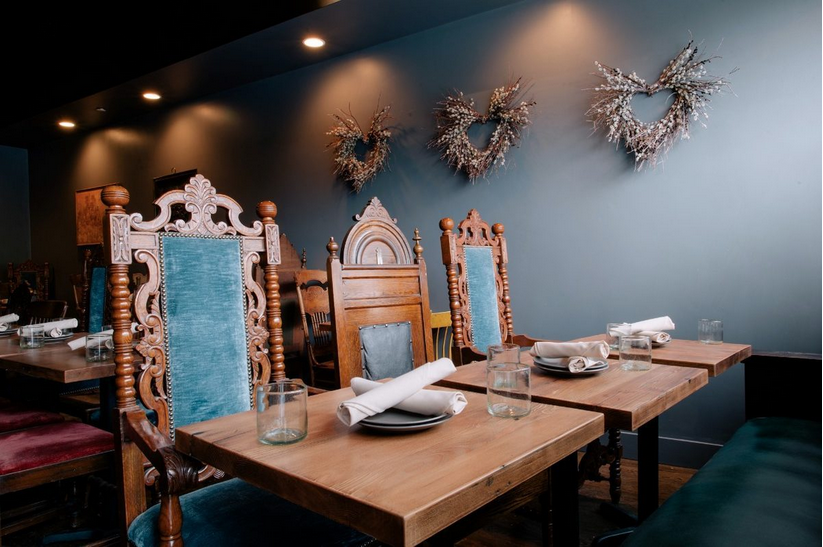 Q: What were the top newcomers this year?
MC Slim JB, restaurant critic, The Improper Bostonian: It's awfully tough to pick in a year with so many awe-inspiring debuts, like Sarma, Sycamore, Kirkland Tap & Trotter, Asta, Giulia, Tavern Road, Bronwyn. From that ridiculously strong freshman class, I reluctantly choose Ribelle, which brought some wonderful inventiveness to the Italian idiom.

Marc H., Boston's Hidden Restaurants and Boston Restaurant Talk: I really like Bread + Butter in the North End. Excellent pastries, freshly-made sandwiches, and friendly help behind the counter. And on a warm summer day, that patio sure is a nice spot for hanging out.

Luke O'Neil, freelance journalist on cocktails and lots more, all over the internet: Sinclair. Commonwealth looks like it's going to make a go of it too.

Damien S., community manager for Yelp Boston: Oya Cuban Cafe in the culinary capital of Massachusetts: Malden. The latter, a stretch, but the former part of that statement couldn't be more true. Love the flavors Chef Roberto Niubo sends from the kitchen and the overwhelmingly cozy hospitality in their intimate dining room. It's the restaurant equivalent to a basket of kittens covered in mojo.

Katie Chudy, Eater Boston contributing writer: Sarma was a great experience for me. I loved the creative menu, and the atmosphere totally had me hooked from the moment I sat down. The nightly dim sum-style specials are just so smart as well.

Drew Starr, Eater Boston contributing writer: Here's where everyone is supposed to say Ribelle, right? I probably would, too, if Tim Maslow hadn't already been wowing me at Strip-T's for a couple of years. Ribelle is wonderful (I leaped at the chance to buy tickets for their dinner with North on New Year's Eve), but it feels like a natural extension of Maslow's presence in the area. The place that came out of nowhere for me and really filled a hole in the Boston dining scene was Alex Crabb's Asta. Don't be put off by the tasting menu-only nature of the place — instead, take advantage of the fact that they encourage tables to order different-sized tastings. And remember that Corby Kummer, who has written on the "tyranny of the tasting menu," absolutely fell in love with the place.

Jacqueline Dole, food writer and photographer: A4 Pizza is the greatest; I have dreams about that buffalo chicken pizza.

Marian White, BostInno staff writer: No doubt there were a lot of good ones this year but I'm going with Bronwyn in Somerville's Union Square. Not only was it named one of Esquire's best new restaurants of 2013 but I also found it completely unpretentious, laid back and a lot of fun. Plus I love a good Hefeweizen.

TJ Connelly, Red Sox music director, onthebar co-founder, Thirst Boston co-founder: In fairness there are a few new spots (Sarma, Row 34) I'm still excited to visit for the first time, but the quick answer is Ribelle. I've eaten there a handful of times for both the regular menu and late nights, and it's always delicious.

Dave Levy, We Love Beantown blogger: The Harpoon Beer Hall probably changed the game the most to me, so I'll give that the crown for 2013's top newcomer. Since its opening last winter, it's been such an interesting dynamic to watch the transformation of the Seaport warehouse into a pretzel-and-beer machine.

Bianca Garcia, Confessions of a Chocoholic blogger: I really like Steel & Rye. It's far but definitely worth the drive (okay, maybe it's not that far but for a commuting city-dweller like me, Milton feels like it's in a different state.) Everything is ridiculously good: cocktails, apps, mains, desserts.