Comedian Steve Calechman on Pupu Platters, a Burrito Explosion, a Lack of Pizza Slices, and More

Share All sharing options for: Comedian Steve Calechman on Pupu Platters, a Burrito Explosion, a Lack of Pizza Slices, and More 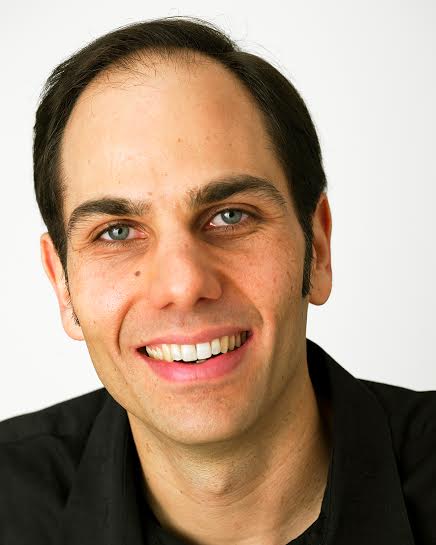 Good morning, Steve. Is this still a good time to chat?
This is fantastic. I have prepared for my interview, because I just had breakfast.

What did you have?
I had my oatmeal—it's not just oatmeal, it's my oatmeal creation, developed over years of research. You want to hear about it?

So, let's talk Boston food. How long have you lived around here?
I'm from the Boston area—grew up in Newton, went to school at the University of Wisconsin, and then came back after, so I've been here pretty much my whole life.

Do you have any food memories from childhood—any restaurants you used to go to around here?
There was this place called Callahan's on Needham St. in Newton which seemed to be always packed, and it was one of the first places that had a kids menu. They also put these color-coded sticks in the steak to indicate medium, medium-rare, etc. We had a Chinese restaurant, Jade Island, that we always went to. A pupu platter makes a huge impression on a young child, because you're eating around fire at the table. And it's a lot of fried stuff; it's good. You get the little umbrellas, and you get the pineapple chunks afterwards. The other thing I loved was the drink menu. I didn't want a drink, but I loved the names, like the Fog Cutter, Dr. Funk, whatever it was. It was great.

Also, every town has their ice cream place, and ours was Cabot's in Newton, which we went to after the first baseball win, the first loss, whatever. You went there, and they had monstrous creations.

How about nowadays—where do you like to eat locally?
Well, I'll preface this by saying that I have a two-year-old, so I go out in theory a lot more than I actually do. I live in Salem, and we have Life Alive down the street, which my wife and I like, and my son likes to go in there too. He's got a lot of fans down there. When we can slip out on our own, there's this new place called Opus, which we've enjoyed.

We used to live in Waltham, and we still eat around there sometimes. We go to New Ginza in Watertown, which I think is the best sushi anywhere and probably the friendliest staff I've ever seen in a restaurant. Once you walk in, they act like the night couldn't begin without you. It's fantastic.

We like the Flatbread Company in Davis Square. It's fun, and it's good food. Everything's kid-based now. We go at five o'clock, and it's all kids, and I sympathize with anyone thinking that was going to be a good place for a first date.

What's the best meal you've ever had in the Boston area?
Our time is kind of limited to go out on our own, and we have to think about traffic coming in from Salem, but if we could go anywhere, we'd go to Metropolis in the South End, which is, pound for pound, the best restaurant. If we could fly there, we probably would fly there. There isn't one meal that sticks out; every time I go there, it's just a great meal and nice people. We went there right after I proposed to my wife, so that stands out as a special time. I totally forget what we ate. Well, we did have the molten chocolate cake, and that's always the greatest thing that's ever been made. It's so small and packed there, but they always seem to be able to get you into a table.

How about anywhere in the world? What's the best meal you've had?
My wife and I went to Paris for our honeymoon, and we went to L'As du Fallafel. It's in the Jewish quarter, and they're known for their falafel. It's one of those things where it got recommended, and it wasn't as good as the recommendation...it was better. This place was fantastic, and it was just falafel, but however they did it was great. It was so good that we went back there for another meal, and we also got this red pepper salad, which was fantastic. We often talk about how if we go back, we'd definitely go there. The first time we went—you can either eat inside or order at a window#&8212we did the window. We were eating standing at the corner of a building in the rain, and it was just great. I'm sure you've found with meals that it's not even the food—it's the whole experience and whom you're with which makes it even better.

Are there any food trends or types of food that you've found while traveling elsewhere that you wish we had more of, or did better, here in Boston?
I'll take it from our great rival to the west, New York. Better places for slices of pizza. That's a thing I love about New York—I can do a slice crawl. When I walk by a place, I'll have a slice. We don't have that here. There are places that do slices; I'll say that so you don't get letters saying we serve slices. I know there are. But there just aren't a lot where that's what they do, rather than it being a token offering. Really committing to the slice.

On your website, there's a line in your bio: "And in the most direct approach to revisiting his glory days, he's performed at numerous temples where dinner has usually been chicken." Have you had any memorable non-chicken meals at places where you've performed?
I did a temple in Connecticut, and it was the greatest turkey sandwich I had ever had. They brought deli in, and it was great move. I also once did a show on a cruise boat in the Boston Harbor, and they fed us...but oftentimes when they feed you, they kind of shunt you off to the back or the side. But they gave us lobster...but they didn't give us any of the accessories. We had nothing really to open it with, but I was committed to having the lobster, so I ended up just opening up the whole thing with my hands. Between my fist and wrapping it in napkins, I got it. In a way, it was more satisfying, because I earned it.

So next week, you're participating in "Moo Shu Jew," a comedy show at a Chinese restaurant, which is perfect for Christmas Eve. If you weren't working, would you be eating Chinese food anyway?
No, probably not, because my mother-in-law is not Jewish, so we actually do a Christmas Eve with family. Sitting around with a tree, exchanging gifts, and having the general merriment that goes on. Before, when I was single, I shifted off the Chinese and went to Japanese food. I would have done that instead.

Ah, I think that's kind of an untapped resource for us Jews on Christmas Eve. Are the crowds a little bit less?
Yeah, I think it's great. Indian food, too.

Anything you want to tell readers about the show?
It's going to be a good time. Usually the classic thing, of course, is Chinese food and a movie. We're replacing the movie with a live show, so I think it's going to be more intimate, more spontaneous, and it's going to be more personal for anybody. It's going to be fun; it's a great line-up: Lenny Marcus, Scott Blakeman, Dana Eagle. That's almost too much show for people, maybe, but we're willing to take the chance that nobody gets hurt. Who knows what will happen? Somebody might meet the person they're supposed to meet there, and you've gotta show up for it to happen.

Any closing food thoughts to share?
I'm wondering how many burrito places a city can actually support. There seems to be an explosion of burrito places, and I'm all for it. You can never go wrong with a burrito, which is really just a version of what I think is the greatest appetizer ever, the fresh summer roll. They're essentially the same thing. You wrap something up in a soft, tortilla-like structure, and you're already winning. It also seems that frozen yogurt is making this comeback. Did somebody rediscover it? Like, there weren't enough frozen yogurt places? They all have their own different styles#&8212classic, and oh, the sour frozen yogurts. That's where we've gone.

Calechman performs at Moo Shu Jew, put on by New Center, on Tuesday, December 24th at China Pearl, beginning at 6pm. The event pairs comedy with a multi-course Chinese meal. Tickets are $45 for young adults (under 40) and $75 for everyone else.
· All Comedian Confidential interviews on Eater [~EBOS~]