Mary Dumont of Harvest on Her Current Favorites

Share All sharing options for: Mary Dumont of Harvest on Her Current Favorites 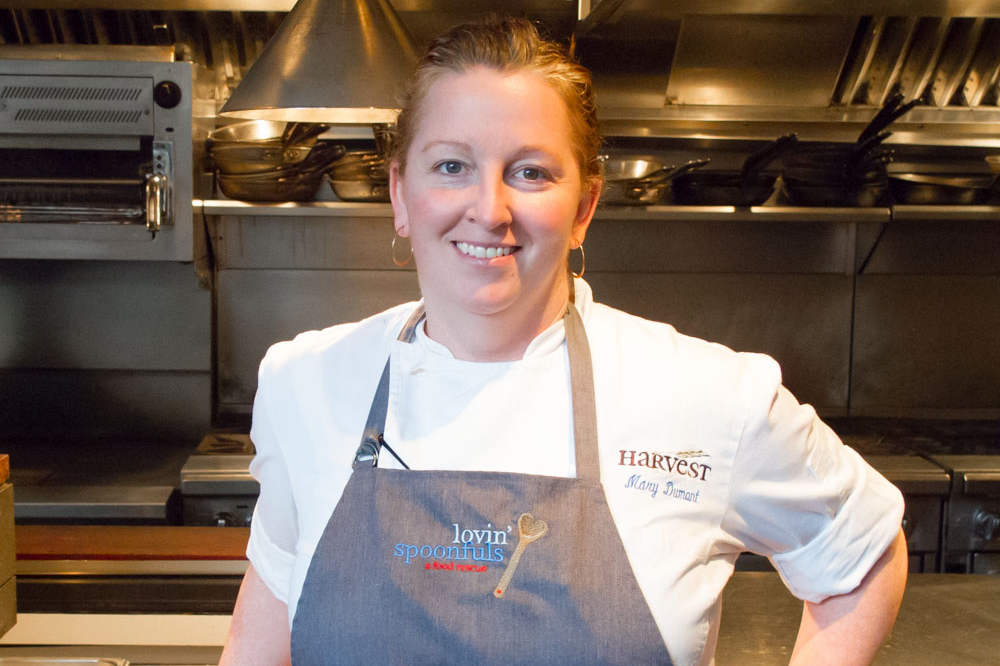 What's your current favorite dish in Boston?
I would have to say that Matt Gaudet's egg [in a jar] over at West Bridge is really exciting. I also really like Michael Scelfo's food, so I'm looking forward to seeing what he's going to do at Alden & Harlow, especially since he's my new neighbor. Lately I've also been finding myself going for more the classic dishes. I just had the roast chicken again at Hamersley's Bistro, and it really is quite heavenly. There have just been so many restaurants that are new, and I'm a little overwhelmed with getting out to them all. But I have been eager to get over to Will Gilson's place, Puritan & Co., and have the swordfish belly. I've just been so busy with the holidays that I haven't been able to get over there to have it.

What's your current favorite ingredient to use?
It's funny, I'm seeing urfa pepper pop up everywhere. I hardly ever get a request or see it on other menus, but we did a wedding where someone actually requested it, and they specifically wanted it on an hors d'oeuvre. We obviously didn't advertise it, so it has nothing to do with us, but all of the sudden it was on Matt Jenning's menu [at Farmstead in Providence], and I saw it in a couple of other places. It just has this sweet smokiness to it—and almost a tobacco flavor. It's really neat, and it's sticky, too, so you can really taste that fire-roasted flavor to it. And now we've started to use it more, but it just seemed to come out of the Middle Eastern blue.

Where are your favorite places to go for food inspiration?
Often during opposite seasons, I'll look at Australian menus, because it's summer when it's winter here, and I really admire the cuisine and technique. Most of it is ocean-inspired, and most of the higher-end restaurants are along the sea coast. I visited it when I was there, and some of the food that is coming out of there is just incredible. Like Peter Gilmore at Quay—his food is just so beautiful, and it's kind of fun to think ahead and see what other people are doing. When it's just so cold here, I can think about what it's going to be like in the summer, and it just makes me feel better to think about the warmer weather.

What is one of your favorite food memories?
Lately I've been thinking a lot about Judy Rodgers (of Zuni Cafe) because she just passed away. I lived in San Francisco, and it wasn't the flashiest place to go, but I would go there every Sunday for the brunch. They had the best bloody mary. Everything there was just so simple but so good. I just keep reading her obituaries, and everyone is saying the same things. Everything was simple, and she didn't change the menu a lot, but you know, it was just the best Caesar salad, and it always tasted the same. Same with the roast chicken, and the burger was always amazing. She just had all of these little tricks, like, she'd season the meat two days in advance and make a thumb print in the middle of her burger so that it would cook evenly. I just keep thinking about all of those fun times that I had there, and it was one of those places where it wasn't just the food that was good; it was the way it smelled, and you walked in and you could just hear hospitality. You know, the clink of the glasses and people talking and just the way that it was—it was just a totally amazing experience.

What are your favorite dishes currently on the menu, and what are you most looking forward to doing in the near future?
One of my favorite things is the chestnut agnolotti because chestnuts are just amazing this time of year, and it's just very comforting food. The way that we do it is a little more refined. We make a puree and roast the chestnuts. It really has become a favorite. I don't bring it back every year, but I do bring it back quite a bit and in different renditions. And venison. It's just so wonderful and robust. And there are so many great fishes that are running right now.

Also, right now, we're doing the Harvest Review. It's been going on for years and years, and we do more collaborative things, which has become such a fun trend. We just had an event called Overkill where we brought together 13 chefs and did 12 courses and had a cocktail tie-in as well. It was just so fun. We can also focus on farms, ideas, and philosophical things as well. It's just so great to have more of a partnership.

What is your favorite thing to cook at home in your (limited) spare time?
I actually do cook at home a lot. I often cook in the morning, because I don't always make it home for dinner. But because everyone is so busy, I like to make sure that there is something there for them. So I try to plan ahead. You know, I'll roast a chicken one day and then turn it into a soup another day. It's perfect because by the time I get home, it's already done, and I don't have to think about it or clean. It's just so nice to cook in the morning when no one is there and I have the kitchen to myself. It goes nice and fast, and it's just there for when I get home.