Share All sharing options for: Nookie's Dream (or Nightmare) Has Come True 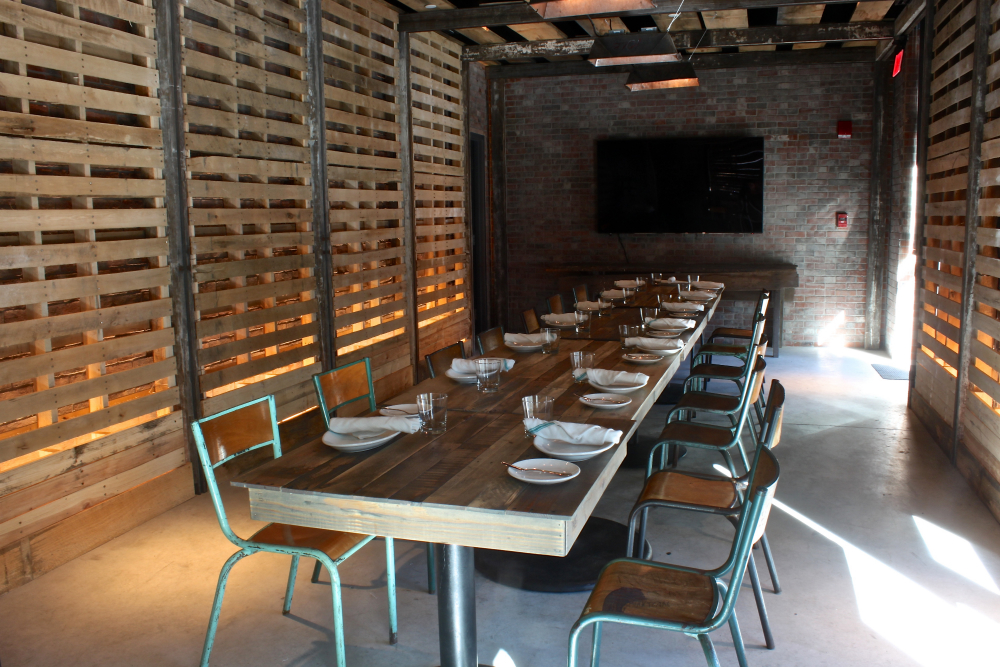 Holy fucking shit…seriously...holy fucking shit…what kind of a mess did I get myself into? That was running through my head at 4am, three hours before we officially opened to the public and about two days from when I last slept. What a fucking nightmare opening a restaurant is. I mean, nothing can prepare you for the onslaught of crap, problems, and an inhuman amount of stress. And I was prepared…well, at least I thought I was prepared. But you can't be totally prepared. Running a restaurant is like a fully choreographed opera, or something like that. But instead of beautiful graceful swans, we were just clumsy oafs, bumping into each other every turn we made. But we got through it.

First was friends and family on Friday and Saturday. We did about 70 people each night. My mother flew up from Carolina, as did my brother. Yup, the same brother whose $50k check I threw out in the mail, which, by the way, I still contend wasn't my fault but my wife's, but that is neither here nor there. Before my first pre-meal, I had to take a few deep breaths. I almost started crying. But I didn't. I held it together. It just really meant so much to me, standing in front of my new staff and about to open the doors. It was like I was watching a movie of my life or something like that. I wonder who would play me — probably Brad Pitt or someone like that. Anyway, it was a bit surreal.

So those two days went well. We learned a lot. Had a couple days to fix about a million things, and then we opened. It was a scramble for sure. Still is, but we are getting there. Tons of work to do. Tons of problems. Our house-made Parker House rolls fell in the mop bucket on opening night, so we had no bread. Our super cool, highly designed menus wouldn't print on our newfangled printer. The music keeps blaring and then goes silent. Still not really sure how the phones work. Our POS system shat the bed tonight. Had to go to hand-written dupes. Haven't slept more than two hours in a row in a while.

But I'm happy with the food. It's a work in progress for sure, but I think we are putting out some pretty damn good food. The bar has been hopping, and the responses have been overwhelmingly positive. But I wonder how honest people will really be to your face? I guess that is why they have Yelp. I saw we had our first review. The woman said our lunch salad portion was too small. You know, a lot of people hate Yelp. I have to be honest — I don't know a whole hell of a lot about it; I don't really use it. But you know what? She was right. And someone tweeted at me about our chalkboard, and they were right, too.

I think what some people don't understand is that this whole entire entity is kinda built and designed in a vacuum. And when you open it, some things work great and some things don't. It's all about how you adjust to that, and that is what, I think, will help us become successful. I told the staff before we opened that it's not really important what happens today. Tons of bad shit is gonna happen, but it's not what happens that matters; it's how you react that counts. So far the staff has been great. We got some really amazing people who take a lot of pride in what they do and are happy working there.

So, I guess that kinda wraps this up. I had all these thoughts about how I would end this. Maybe a list of people to thank or a list of numbers, like how much I spent and what were some of the highs and lows, but I'm not going to do that. I'm just going to let it flow out organically. I had a lot of fun writing this, and I hope you all had a lot of fun reading this, but I need to focus on running a successful restaurant now and not trying to win a stupid Pulitzer. I'll be at Commonwealth every day for the foreseeable future, so stop by, have a bite to eat, and say hello. Thanks again to all who made my dream (actually now my nightmare, but that's not the point) a reality and thanks to all of you for following along. Now get your asses in here and start eating…

P.S. You didn't think I forgot about Steinbones, did you? Opening in the summer of 2014 in the most amazing location in Cambridge…and there is no way in hell I'm telling you where it is, so don't even ask…