Here's the Menu for Ward 8, Opening Next Monday

Share All sharing options for: Here's the Menu for Ward 8, Opening Next Monday

The former Nebo space has undergone a transformation into Ward 8, a bar and restaurant featuring "classic cocktails" and "shareable plates," which will open a week from today, on December 2nd. Bristol Lounge alum Kenny Schweizer helms the kitchen, while Eastern Standard alum Mike Wyatt is in charge of the bar. This is a first restaurant for owner Nick Frattaroli, but his family is nearby, running three other North End restaurants: Ducali, Lucia, and Filippo. Frattaroli's goal isn't to create another Italian restaurant but rather an "American brasserie meets comfort food," according to a press release.

The restaurant, whose name is an homage to the neighboring voting precinct as well as a classic cocktail created at Locke-Ober, seats 75 in the dining room and 32 around a four-sided bar. The kitchen is open 5pm-11pm daily, while the bar is open 4pm-2am. 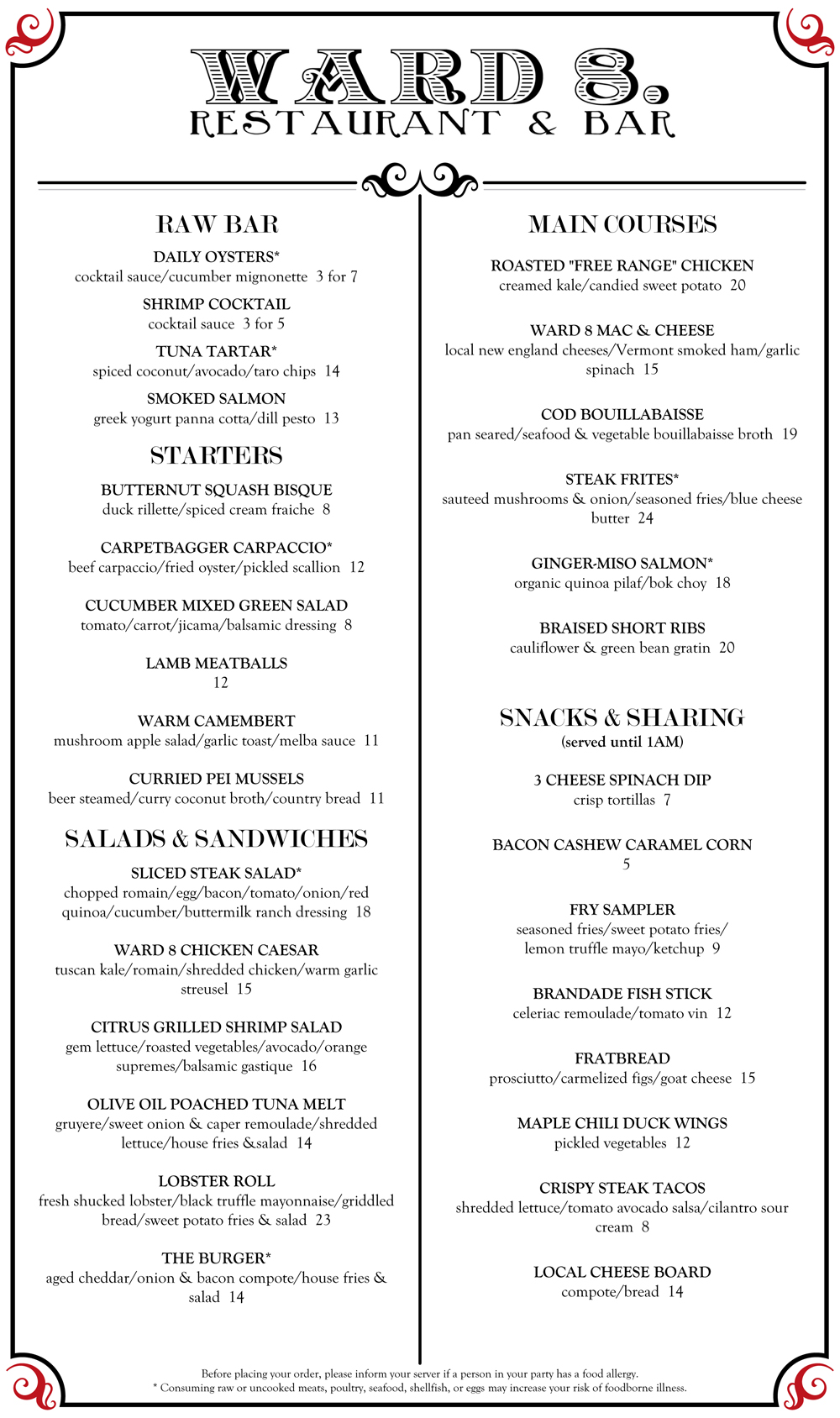