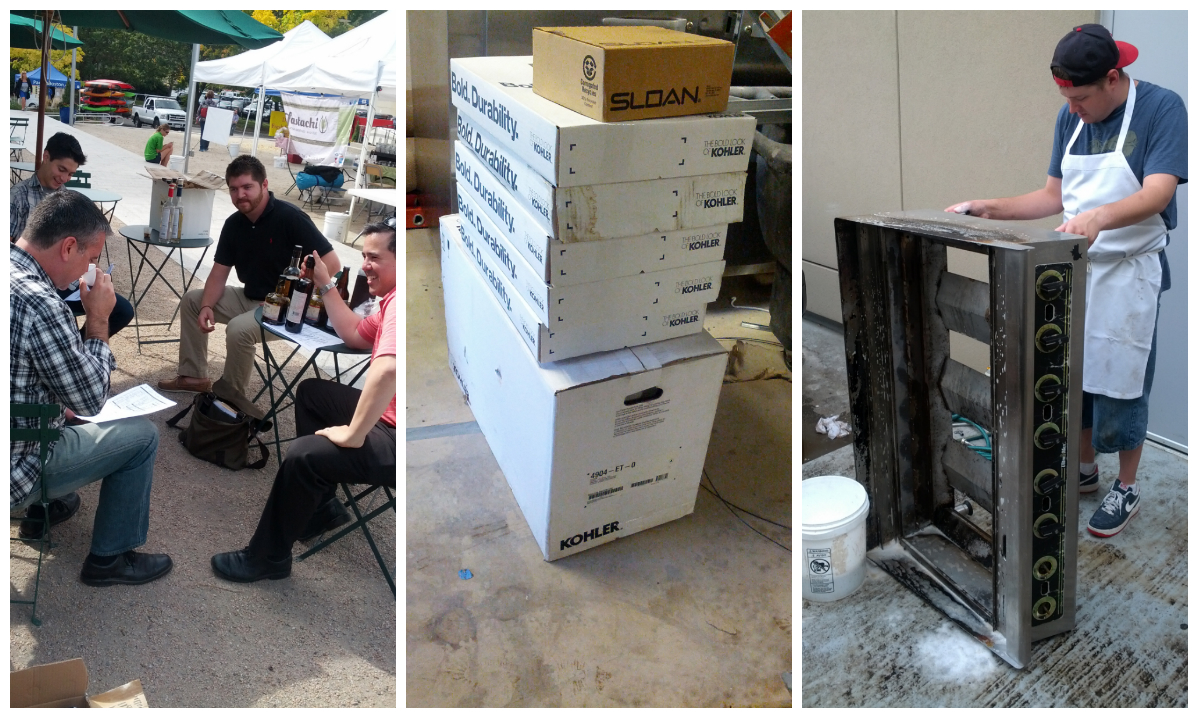 Ok?I'm scared now. Last week, I was all like, "I'm not freaking out. I'm cool. Look at all this cool stuff I'm doing. Look at me, look at me, look at me. See, it's not that hard." Well?I lied. Well, not really. But I'm scared now. Shitting my pants, actually. I mean, at this point, so much can go wrong. Delays in construction, staffing issues, food sucks, service sucks, we are too slow, looks terrible, flows terrible?I mean, it's a lot. This is such a monster. So much going on. It's really like opening two restaurants at the same time. Even though Steinbones has taken a little bit of a backseat, it still feels like two. The market and the restaurant are similar, but at the same time very different.

In theory it really works, like Communism. Same ingredients, one kitchen, cross-utilization of labor and ingredients. But the pace and volume are crazy. The market needs to be fast, blisteringly fast. People don't want to wait for their food at lunch. Hate to say it. I'm all down with slow food and the European way, but it ain't like that here. People want to get in, buy their shit, and get out. Anything over four or five minutes is too long.

But then we have the restaurant, on the other hand. Nice leisurely dinner and bar program put together by Tom Mastricola. Totally different, but the same kitchen. Tough to do that. We will need to figure it out. Anyway, don't know where I was really going with this, but I'm nervous. I just need to trust that with all my training and prior work, I'll be able to fix all the shit that is wrong. I think that really separates the good restaurants from the bad. 'Cause let me say something: all restaurants suck when they open. I have been to tons of "friends and family" openings, and they are all terrible, but it's how you react and adjust that makes the good ones great. That's what I hope we can become.

Anyway, crazy week. I haven't written since Jamaica. I went down with the boys from Real Foods Consulting, Ed Doyle and KC O'Brien. It was a great time. Helped out with Heart Foundation of Jamaica and had way too many Red Stripes and beef patties. Lots happened while I was over there and since I have been back. Brick walls are up and look great. Pallets are going up, and the beams are being nailed in place. They use a .22 rifle to get the beams in — like, real bullets. I don't know. Seems like there should be a better way, but I walked away. 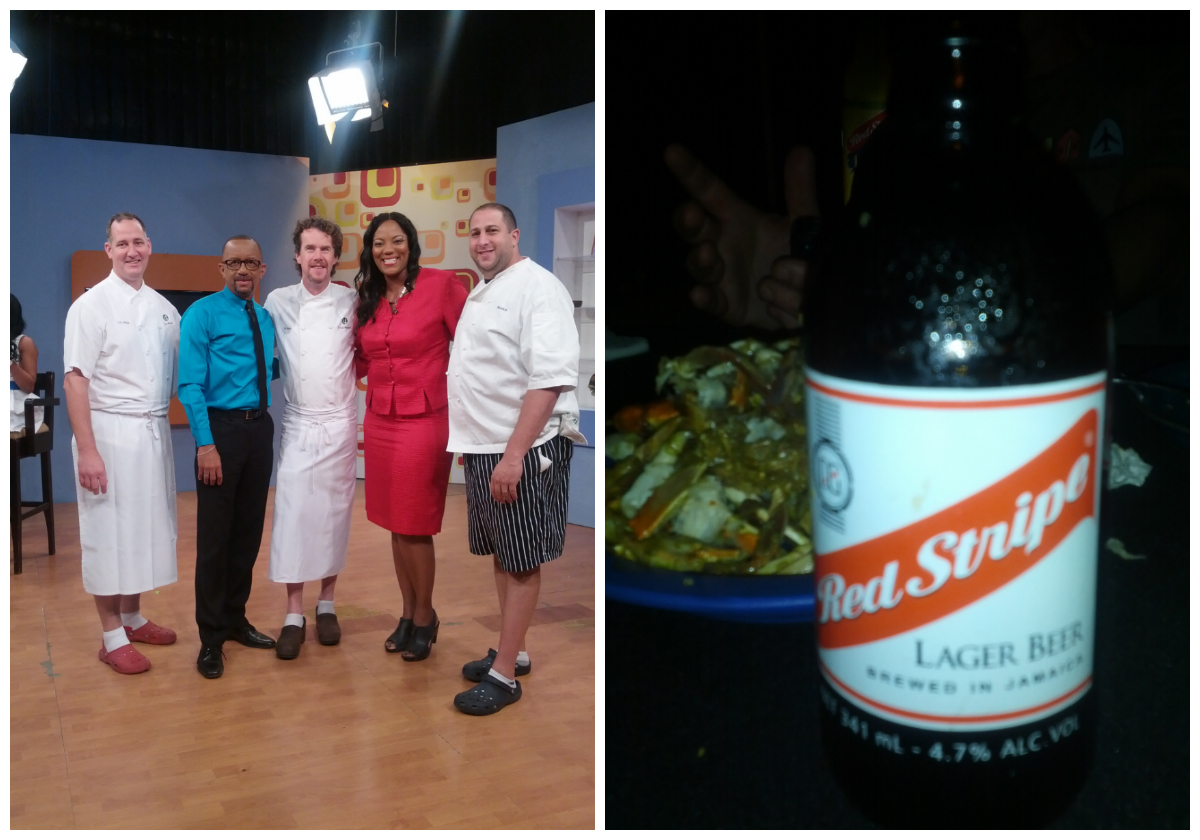 Urinal came today. Once again very anticlimactic. I have always wanted a urinal, and when I got it I thought it would ride into the room on a chariot of floating blue urinal biscuits, but no. Just a boring, non-descript Kohler box. Those guys should give me a lifetime of urinal biscuits for mentioning them here.

Staffing, like I spoke of earlier in my meltdown, is a huge concern. I posted an ad on Boston Chefs. I wrote it, posting for all positions. "Hear ye, hear ye, hear ye. The restaurant is now hiring." I sat back expecting a barrage of emails, like the owls dropping Harry Potter's invitation to Hogwarts?and then it happened. Well, actually, it didn't. Nothing happened. I didn't get one response from it. I couldn't figure it out. I felt like a fart in a spacesuit. I went to the website, made sure it was up. Didn't know what to do.

I started calling all my friends frantically, and then Tom says today, "Maybe it's the wrong email?" How can I be such a fucking idiot? Of course he is right. How could I miss that? Sure enough, I checked it, and 388 people have opened it, and my damn email is wrong. So, hopefully you are one of the 400 people that sent a resume. Please resend it, as I never got the first one. 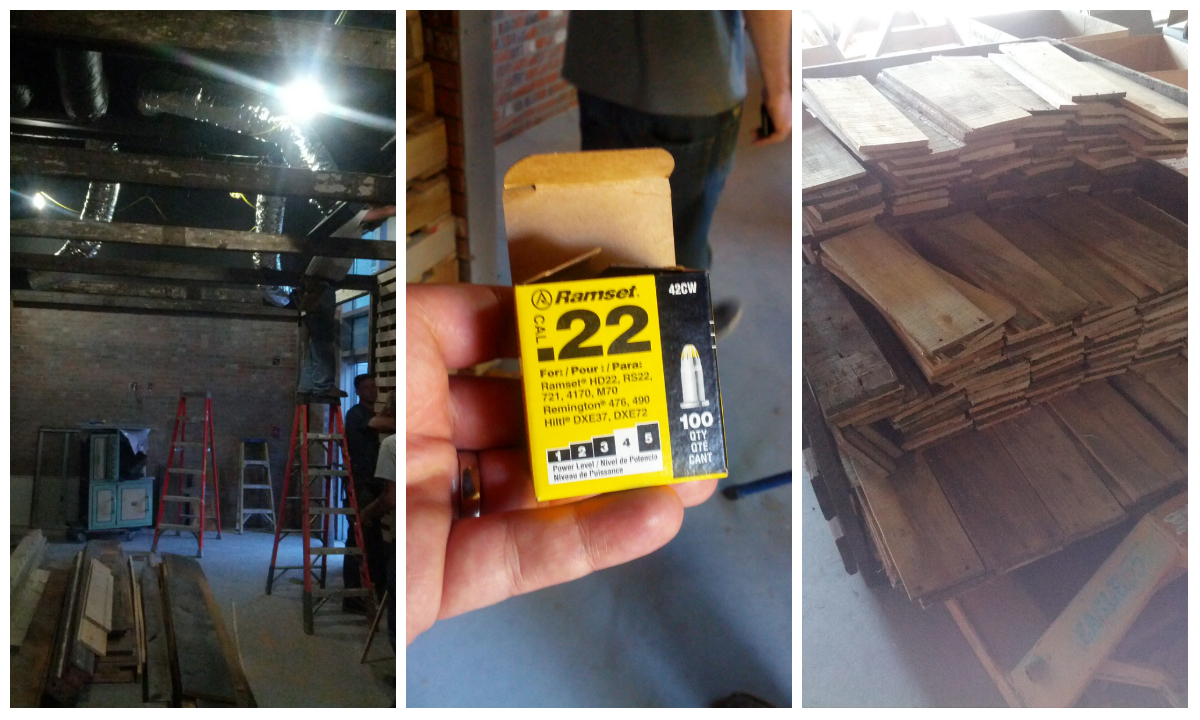 What else, what else? Got another reclaimed item this week. My buddy Will Gilson's old grill. I don't like to look at it as used; I think of it as previously loved. We cleaned it up, and it looks as good as new. And by new I mean it's pretty well used. Anyway, it will work. Enough to get us open. The place is shaping up. My tour is a lot easier as it doesn't take as much imagination. You can see everything now. It's coming together. It looks like a restaurant now. Deep breath... Like I said, I know that with my training and probably a few pair of adult diapers, I'll get through it. I just need to really bear down and hammer it out. No looking up now. Hold on tight, see you after New Year's?