Share All sharing options for: Drink the Mastri-Cola at Trina's Starlite Lounge 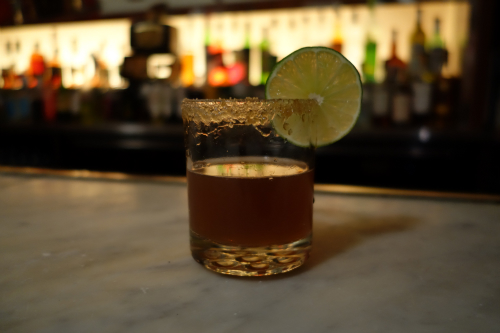 Out of all of the special cocktails being offered this week, one mentor got honored twice: Tom Mastricola (first in the Tom Bomb at Saloon, and now this). At Trina's Starlite Lounge, owner Josh Childs is offering the Mastri-Cola for $10, available all week: 2 ounces white rum, .5 ounce lime juice, .75 ounce simple syrup, 8 dashes Starlite cola bitters, served down with a brown sugar rim.