Since mid-June, Gina Richard has been the head bartender at Island Creek Oyster Bar, one of Garrett Harker and Jackson Cannon's three cocktail-focused restaurants that dominate Kenmore Square. She and general / bar manager Tom Schlesinger-Guidelli have just released a new fall cocktail list, which can be found at the end of this post. Eater spent some time talking with Richard about her background, how she came to this new role, and her approach to designing a cocktail menu.

How did you end up working at Island Creek?
I owned my own bar for five years in Southern Vermont with my very close friend and business partner. We ran that together for about five years. It was really fun. A small spot, similar to Bull McCabe's in Somerville. I learned a lot in that period of time, but it became time to move on from that. The two of us wanted to do different things. We sold the bar, and I became the bar and co-front of house manager at a high-end restaurant in town called Fireworks. They were starting the first craft cocktail program in the area. I dove into that and learned a lot there. I was there for a couple years but always wanted to live in Boston. It was my second home growing up. A lot of family are here, and a lot of friends relocated here. I'd go to Eastern Standard whenever I came to Boston for Sox plans. I was enamored with their cocktail program and always wanted to learn from Jackson Cannon. At the end of 2012, Island Creek was hiring for a bartender, so I applied.

What was the interview process like?
I interviewed with Tom. I was really nervous during the interview and didn't think I did well. But apparently I did fine, because they had me come in and stage — essentially a working interview — and they hired me that night. This was before I actually lived here, so there were two months where I finished up my old job, helping them open a second location in Keene, NH. So I was trying to find a place to live in Boston, training new bar staff at the old job, and studying the binder of information Island Creek had given me to prepare.

When it became clear that Vik Hegde would be moving on to Sarma, how'd you end up taking over his role?
Before he even knew Vik was leaving, Tom told me he saw me as Vik's lieutenant. It was sort of normal for me to progress into a leadership role. But I was still nervous given the scale that Island Creek has. But Tom had a lot of confidence and faith in me and offered me the opportunity, and the experience has been really great so far. Tom and I work really closely together, collaborating on everything that happens back there.

Are there any items on the cocktail menu that are all you?
The blackberry cobbler was mine for the most part. Tom and I collaborate on most of them. For me, fall flavor profiles in food and drinks are my favorite. I like richness. I like dark spirits, baking spices, apple — all those things. I'm looking to use fresh apple, fresh cranberry, fresh sage. I made house apple bitters last year. We didn't use them all summer because it's not the most appropriate flavor for summer cocktails, but we're putting them in stuff now.

Where do you get inspiration for new ideas?
I love to cook and bake in my free time. My inspiration often comes from something I would eat, or ingredients you'd use in the kitchen.

What do you find yourself drinking at the end of the shift?
It's funny, I usually don't drink often at the end of the shift because it's like 4 a.m. I'll have a glass of wine sometimes. But in general, as far as spirits go, I like bourbon. I like darker, richer, sweeter spirits. I like tequila as well. If I'm out eating, I tend to drink wine.

Do you find it's a challenge to pair cocktails with seafood?
I do think it is fairly difficult, but I find I'm actually not asked to do it that often. People who are guests at Island Creek usually start with a cocktail or two and then ask for help picking a wine that goes well with the food. What does work at Island Creek is the cocktail program leans toward lighter, aperitif-based drinks. That can be easier to pair with seafood. 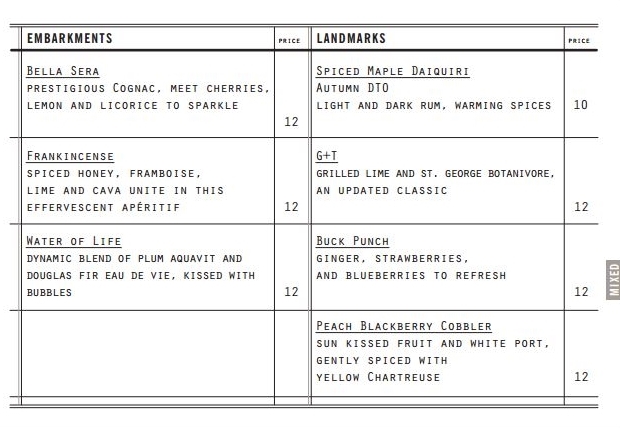 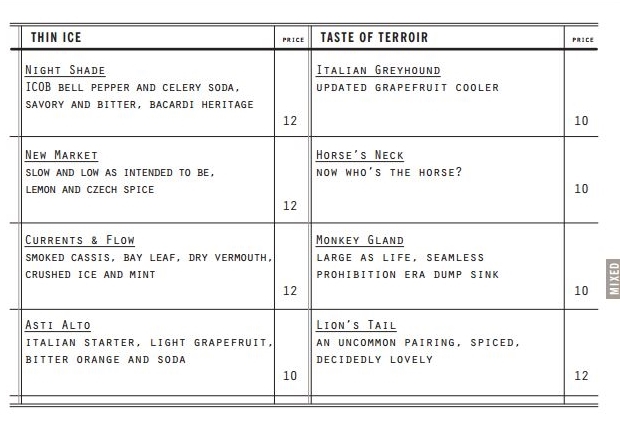 · All coverage of Island Creek Oyster Bar on Eater [~EBOS~]

Pay What You Want Friday at Clover’s New Somerville Shop