Share All sharing options for: Bartending Lifer Josh Childs on 16 Years of Silvertone

Welcome to a special Cocktail Week edition of Lifers, a feature in which Eater interviews the men and women who have worked in the restaurant and bar industry for the better part of their lives, sharing their stories and more. 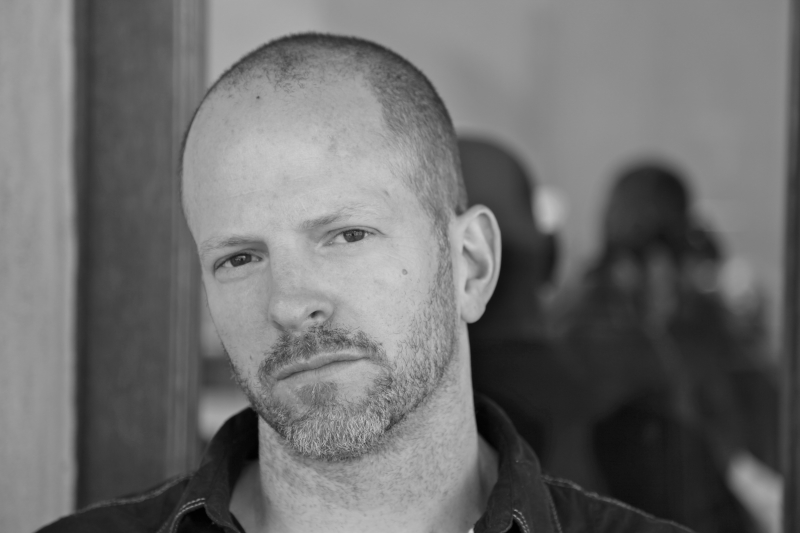 Josh Childs is the proprietor of Downtown Crossing's Silvertone as well as one of the owners of Trina's Starlite Lounge and Parlor Sports on the Cambridge / Somerville border. In his 16 years at Silvertone, the Boston bartending scene has changed dramatically, but it remains at the very heart of the bartending community. Odds are your favorite bartender had their first shot of Fernet at Silvertone while you were still slinging back Jagermeister. Childs took some time to speak with Eater about the changes he's seen bartending in Boston over the years, the steps he's taken to remain current, and the early days of a landmark bar that was once the nightly hangout of Barbara Lynch, Ming Tsai, and Ken Oringer.

When I was tasked with finding someone who has been making cocktails from behind the same bar for at least ten years, yours was literally the first name mentioned by anyone I asked for suggestions.
It's funny. you blink and you're the old guy. What's nice about that is I've also seen it all. I kind of relish that position to an extent. I like that I've been at every point in the cocktail world. A lot of people my age aren't in this business anymore because things have changed so much. I've had to re-teach myself a lot of things, too.

I'm curious about that. Silvertone has been around for sixteen years, which is as long as I've lived here. I look at the progression of myself and this city, and Silvertone was here at the start of it. It was the first shot and a beer place I'd ever gone to. And it's still a shot and a beer place, but it's full with these great bartenders having drinks at the end of their nights.
When we first opened, it was kind of the spot for industry people. Now there are a lot of great places for industry people to go, which just sort of shows our growth as a city. It is funny to think back to the days when it was me bartending virtually every night. Every night, Barbara Lynch was down here. Ming Tsai would pop in. Ken Oringer was here. All these people who are at this other level now. Timing is so much of things. I made a point to always keep the bar open really late. We certainly weren't doing craft cocktails in those days. The first menu had lemon drops and martinis. But it did have a negroni on there. The idea was hopefully you could still get a good drink.

But as the cocktail world changed around me, I knew it was time to step up. I started using fresh ingredients and fresh juices. But there's nothing wrong with being what you are — particularly in a little place like this. There's nothing wrong with a great BLT sandwich. In so many businesses, a lot of places open, and they're very much like each other, which is a shame.

We only have five taps here. If we were a bar opening today, we'd certainly have 20. But we've switched from Blue Moon and Budweisery kind of stuff to more craft. We don't even have Guinness on tap right now. You have to keep yourself current. I had to go from the old-school bar mentality where I just shook everything and a Cosmopolitan would be the most complicated drink I'd make. I read old cocktail books. I learned from what Tom Mastricola, John Gertsen, and Jackson Cannon were doing. I think that's aided with longevity. Having a solid product that's still affordable makes a big difference too.

Bring me back to the opening and how you came to this space. There is so much news about the revitalization of Downtown Crossing now, but you were here more than 15 years ago.
All the time I've been here, Downtown Crossing has always been "five years away." I feel like it's finally kind of happening. I used to joke that bars and restaurants would save downtown but that's actually what's happening. When I came to Boston, I had a tiny piece of ownership in a place that didn't last very long, but I met a real great guy named Nels Clark who was about to open the West Street Grille (now Papagayo.) At the time, he was partners with the same guys who owned Locke Ober. In fact, when I did The Thing [an industry party held for the first time at Locke Ober, shortly before it closed], I hadn't been in there since I bartended there 20 years before.

So I went to work for Nels at West Street and it was the popular bar of that era. I met Cedric Adams. We still work together. I believed in downtown and was looking around to do something. In those days, the climate as far as cost and availability of licenses was very different. They were available to young people just starting out. We found this spot and ended up getting a liquor license from an old Chinese restaurant. I really believed that Cedric and I could have a little bar with a small food component and get by. Then our food started stepping up a little more and we realized there's such a business component downtown that we could make some money at lunch. We grew from there. We went from one guy in the kitchen with a dishwasher, one bartender, one waiter.

When we opened, what is now the Nine Zero hotel was rubble from a restaurant that had been there in the 70s. Across the street, you could see Park Street from our front door because the Suffolk Law School library was a hole in the ground. No. 9 Park was not open yet. There wasn't much in this area. It was a huge leap of faith, but it was also affordable. The liquor license was nothing. It was a little shot in the dark. But as bartenders, we thought knowing a lot of people around town, we could create something out of it. We've been very fortunate to have a good team here to keep the ball rolling and stay as current as possible. The food is as good as it's ever been. Hopefully we keep it going a lot longer.

How has working behind the bar changed for you?
First of all I was much younger, so late nights were easier. Service hasn't changed, I think. We're in a good point now where people have come back around to really acknowledging taking care of the customer. People forget that when I started bartending, there wasn't fresh lime juice or rye whiskey, but you know what? People had a great time. They came in, met their friends. It was a dark age of cocktails, but people still had fun.

It was probably much easier to physically make the drinks then. One person could work a much bigger bar. The most complicated thing we'd make was a free-poured Cosmopolitan. Beer and shots. Vodka sodas. No one was making a vieux carre. No one was stirring cocktails. You usually didn't have a stir spoon, and if you did it was one with those plastic pink tops on it. We shook the hell out of everything. That part was easier. But the rest is pretty much the same.

It's technically more difficult, but there are also more things at our disposal. More options of things to show a customer. There was a period of time there where it was all about precise jiggering and not paying attention to the customers. The reality is much greater. As a bartender, I want to talk to you. "How're you doing?" "How's your day?" I'd rather be the bar where you come to see me or Cedric, not just for the cocktail. Sure we have Carpano Antica and Punt e Mes and as we speak I'm making a barrel aged cocktail for a party. We do those things too, but I like to think you're coming here to see the people. The product is very good, but we're also a community.

You expanded a few years ago by becoming a partner in the openings of Trina's Starlite Lounge and, later, Parlor Sports. How'd that happen?
Again, It's all timing. There were a number of opportunities through the years that came very close. They fell through for any number of reasons. So, I was always looking. It's like a first time homebuyer, don't fall in love with a house. You'll buy it forgetting the roof is going to cost $25,000 to fix. If you can't make money in the deal, if the rent structure is too high, you just don't do it.

I was good friends with Jack Bardy who at the time had Pho Republique and was opening up The Beehive. We were drinking over at Pho Republique one night and he jokingly asked me if I'd come work a shift, and I said yeah. He thought I was kidding, but I did it. The opening bar staff was unbelievable. Joe McGuirk, me, Scott Marshall, Cedric Adams, kind of a who's who of the time. And, Trina Sturm. The best move I ever made was working one night a week there, because I became good friends with Trina. I met her husband Beau, and we decided to work on something together. We looked around. Again, it was all timing. The Abbey [the former tenant] was in transition and on the downside and we knew the landlord through a friend. So I was looking all along to be involved in other things, but it wasn't until that opportunity that it clicked. Your window of opportunity of being physically out there in this business is small and you want to try and seize on that.