Share All sharing options for: Drink the Ward Eight at Emerald Lounge 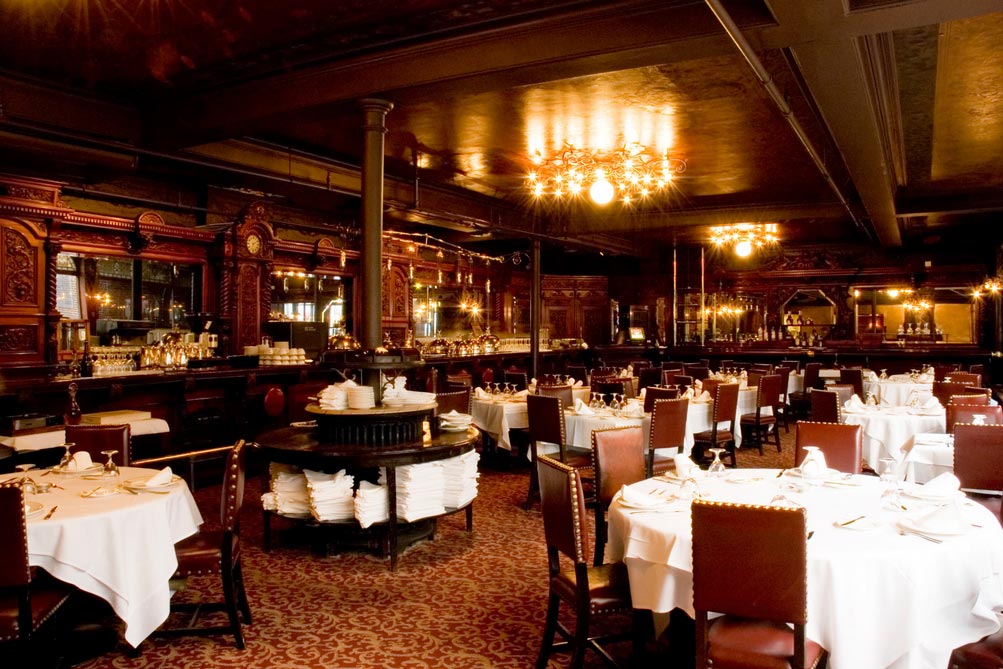 At Emerald Lounge, bar manager Teodora Bakardzhieva, an alum of Locke-Ober, is offering a spin on the Ward Eight for $13, available all week. It's made of 2 ounces Masterson Rye, 0.75 ounce fresh lemon juice, 0.75 ounce chamomile simple syrup, a dash of grenadine, and two orange slices. The orange slices are muddled lightly, and the ingredients are shaken with ice, strained into a cocktail glass, and garnished with a cherry.

"My cocktail is a spin on the Ward Eight and pays tribute to Tom Hussion, who invented the cocktail at Locke-Ober in 1898, and another Tom whose last name I don't recall, who was a resident bartender at Locke-Ober (for a few decades) and taught me how to make the cocktail in 2001," said Bakardzhieva.

"On my first day as a the youngest and first female hired at Locke-Ober, my very first customer shouted, 'Where is Tom and who are you?' Tom was the guy who taught me all the 'old school' cocktails the clientele used to order every night — Brandy Alexander, Daiquiri, Rob Roy, and Gibsons. When I met Tom, he had been working at Locke-Ober for quite awhile and was a legend there, yet he was very humble and willing to share knowledge, techniques, and numerous stories of the old days with me (that is when very few women were allowed to even enter the place back then).