Share All sharing options for: Comic Josh Gondelman on Burritos, Wheaties, and More 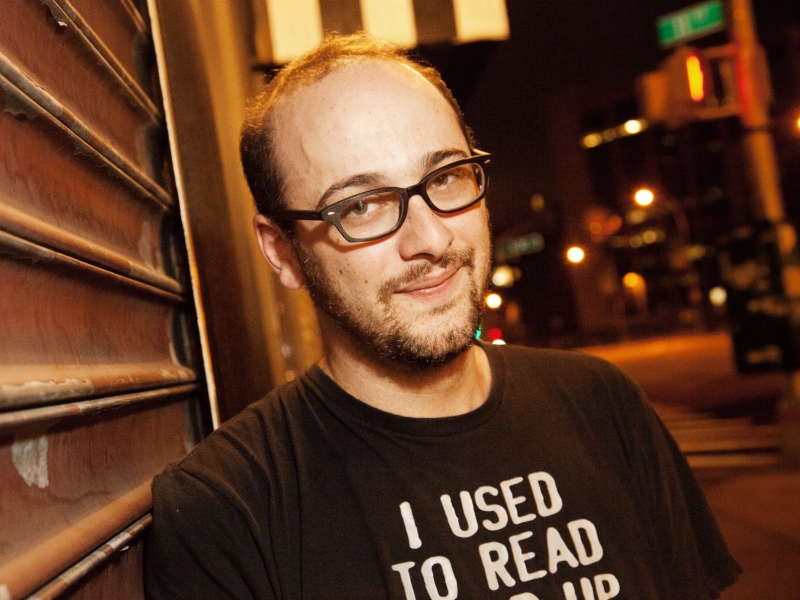 Comedian Josh Gondelman's bio says he was "incubated in Boston." Well, the chicken is coming home to roost on Saturday night as he joins fellow comics Sean Donnelly and Paul Oddo for a show at Grandma's Basement in the Hong Kong Cafe inside the Fenway Howard Johnson. Gondelman spoke with Eater about his love of Anna's Taqueria, getting his picture on a Wheaties box, and the differences he sees between going out in New York and going out in Boston.

You tell people you were "incubated in Boston." What does that mean?
I grew up in the Boston area, and I started doing comedy in Boston. I was there for a long time until I moved to New York about two years ago.

Are there any restaurants that you make sure to hit up when you come visit?
Absolutely. I feel a deep sense of loss and missed opportunity if I am in Boston and don't go down to Anna's Taqueria. One place that I haven't been in forever, just because I am not in that neighborhood as much as I used to be, is Soulfire in Allston. They have a barbecue Reuben that I love. The last couple of years that I was in Boston, I would do a big show for my birthday at The Gas at Great Scott, and before, I would go out to dinner at Soulfire. I haven't been there in a real long time. I just spend less time in Allston than I used to because I think my life is a little more together.

Because you are not in your 20s.
Yeah, exactly! Once you pass 25, if you are in Allston for more than 12 consecutive hours, it's like the adult version of an Amber Alert. It's a reverse Amber Alert.

When you're on the road how do you go about finding meals?
When I am on the road, I love to eat regional foods. So normally, a great thing to do is ask comics that are local. I try to avoid the most touristy places, although sometimes that's alright too. You know, like "there's this great place where you go eat chili out of a coconut" for some reason, and I am always happy to try that.

Do you have any particularly terrible or surprisingly good club food experiences?
In Boston there aren't that many clubs that have "comedy club food." Grandma's Basement and the Comedy Studio are both in Chinese restaurants, so that's great.

Yeah, the Hong Kong Cafe that Grandma's Basement is in is my local delivery place.
It's solid, and it's not crazy expensive, so it's nice to go there and have a decent meal without worrying about rushing somewhere before the show or worrying about what's open after the show. Tasty Burger is also right there and that's open late. I am such a sucker for a dressed-up hamburger.

Is there anywhere you still send people in Boston?
I love Boston stuff still. I would recommend Anna's; I find that's the most widely approved Mexican food for people who consider themselves experts. People from California are so precious about guacamole. I get that it's more prevalent and more authentic on average out there, but I'm sure there are people all around the country who know their way around an avocado. Tasty Burger, Soulfire, and Anna's are the three places I most often recommend. I think it's neighborhood specific. If someone says, "I will be near Harvard Square. What's worth doing?" then it's easy to point them towards a Grendel's Den or a Charlie's Kitchen. I actually find that in Boston, it's a little easier to recommend places location-wise than it is in New York, because in New York people are like, "I don't know, do you want a dive bar or a rooftop bar, an upscale wine bar?" Because they are all within a block from each other, whereas in Boston you are more at the mercy of transport and convenience.

How would you describe the differences between New York and Boston when it comes to going out?
In Boston, there are just fewer options for different kinds of things. If you want to find Ethiopian food, it's a quick Google or Yelp, and you find the best one or the one that's near you, and you are there. In New York, there's just so much more variety. Also, what I found in Boston is you can predict how much things will cost; if a place is pretty casual it will probably be in a certain price range. If it's a little fancier, it will probably be a little more. In New York, there's this weird phenomenon where the same thing could cost any amount of money. If you buy it out of a halal cart, it's four dollars, but if you go inside and it's a "Mediterranean street-food sit down restaurant," all of a sudden, it's 60 dollars. In Boston you go into a divier looking bar, you are going to pay dive bar prices for the most part. In New York, you go into a divey looking bar, and it's fourteen dollars for a PBR. That's insanity. Why am I paying extra for the ambiance of a place I only go because it's cheap?

I saw you were on the cover of the Wheaties box, is that the first time a Jewish guy has pulled that off?
Was Mark Spitz Jewish? I think Mark Spitz got on there.

How did that happen?
I ended up doing this weird promotional thing for General Mills where they asked me to train for, and run, a Tough Mudder. Then I blogged for Wheaties for a month and a half, and I ended up writing a wrap-up piece for Esquire about the whole experience of being corporately sponsored. It was fun; I didn't expect it to be as fun as it was. Before I signed my contract with them, just to be a twerp about it, I said "I'll do it, but will you put me on a Wheaties box?" They emailed me afterwards and said no. Then, a month after it wrapped up, the advertising agency that I worked with emailed me asking for a head-to-toe picture of myself. Then they sent me the box in a Plexiglas protective case. It's probably the best thing that I own.

Tell me about your show that's coming up.
I am very excited about the Grandma's Basement show, on October 5th. It's me, Sean Donnelly, and Paul Oddo. Paul won the Boston Comedy Festival last year, and Sean was just on Letterman. We are each doing half an hour. It's fun to do a longer set, and it's always great to come back and perform in Boston. The crowds are generally very good and on the ball for comedy. I feel when I come back and I am doing a longer set, I like to promote it and get people who know me but haven't seen the stuff I've been working on lately to come out. And by that I mean distant cousins and people I went to high school with.

Grandma's is a really great intimate venue, and we'll all be doing exactly the stuff we want to be doing because it's a small room with an intimate crowd that's there on purpose. We don't have to worry about pleasing people that kind of wandered in or were expecting something else. If you can't be at that one, I'm performing at the Newton JCC on October 20th, opening for Wendy Liebman.

Is that a fundraiser for them?
Yeah, and that one I'll be a little more buttoned down and a little more conscious of being clean, because I am kind of accountable to the JCC and Wendy's audience.
Josh Gondelman performs with Sean Donnelly and Paul Oddo at 9pm on October 5 at Grandma's Basement at the Howard Johnson's by Fenway Park (1271 Boylston St, Boston; 617-566-1401). Doors open at 8:30 and cover is $5
Eater Boston intern Gabe Bellegard-Bastos transcribed this interview.
· All coverage of Comedian Confidential on Eater [~EBOS~]