Share All sharing options for: Nookie Nears the Finish Line 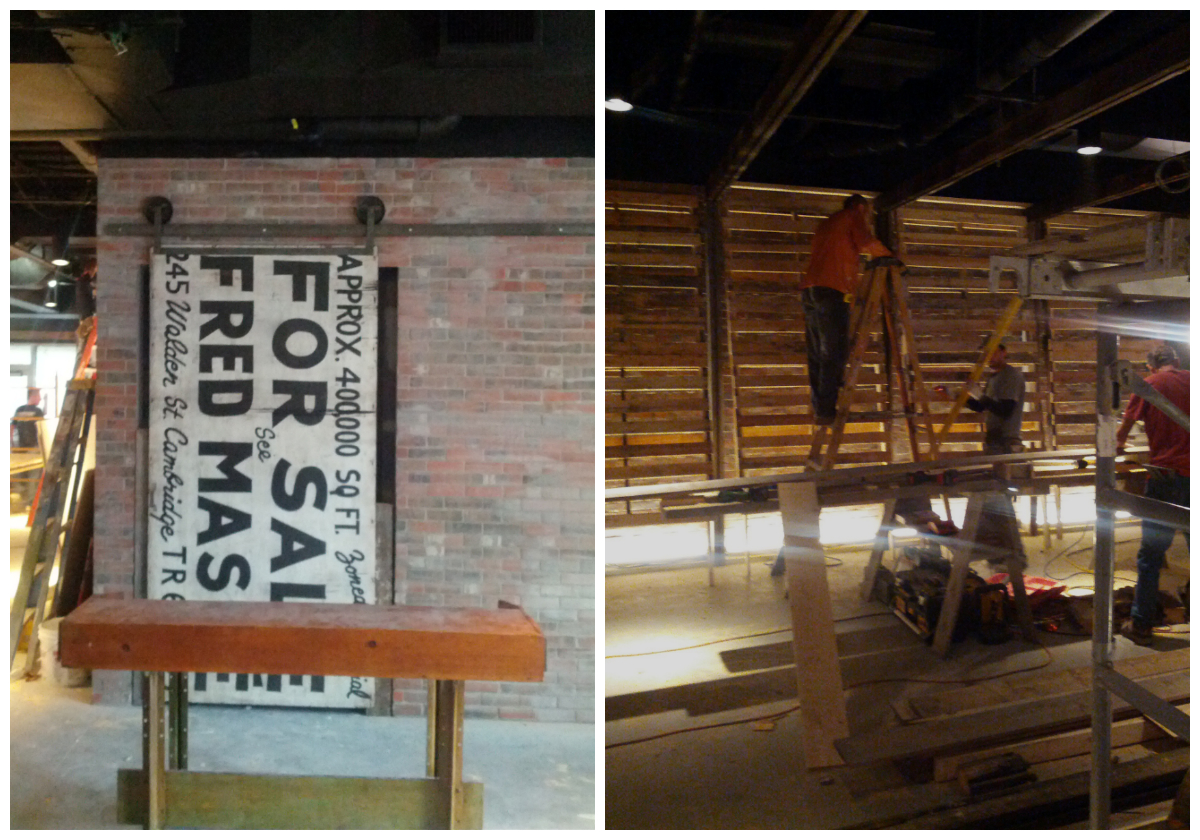 A couple more of these blog posts — that's all I've got left. A little sad, but I'll be glad when I'm done. Obviously I'm not done yet, but I'll be open. I have no idea how we are going to get everything done. I just don't see it. There is so much to do. It's not like I have been slacking, it's just that everything kinda needs to happen at the last minute. I just spoke to Staub, and as only the Staubinator could say, "Well, it's gonna get a lot worse than this." Great. Thanks for the uplifting words. I know everything will be alright — it's just crazy.

Tons of people coming in for interviews and filling out paperwork. Can't believe I'm going to say this, but I miss my old HR department at Fenway. It pains me to say that, but all this W-2, I-9, Green Card crap is a bit overwhelming. Plus, the insurance laws are, like, changing every day. It's just so damn complicated. We have a lot of positions to fill. We have had some good people and some less-than-stellar people, but we are still looking. Baristas and market people, cooks and bussers. I mean, does everyone only want to be a bartender? Kinda crazy.

Anyway, the space is coming together nicely. Most of the equipment is here. Need to fire everything up and make sure it's working for our inspections next week. I found out our liquor license and common victualler license have expired, so I had to ask for an extension. Not really a big deal, but it was a minor heart attack. The beams and pallets are all almost up. The place is really coming together. Shelving and counters are going in today, and the copper bar will be going in shortly. 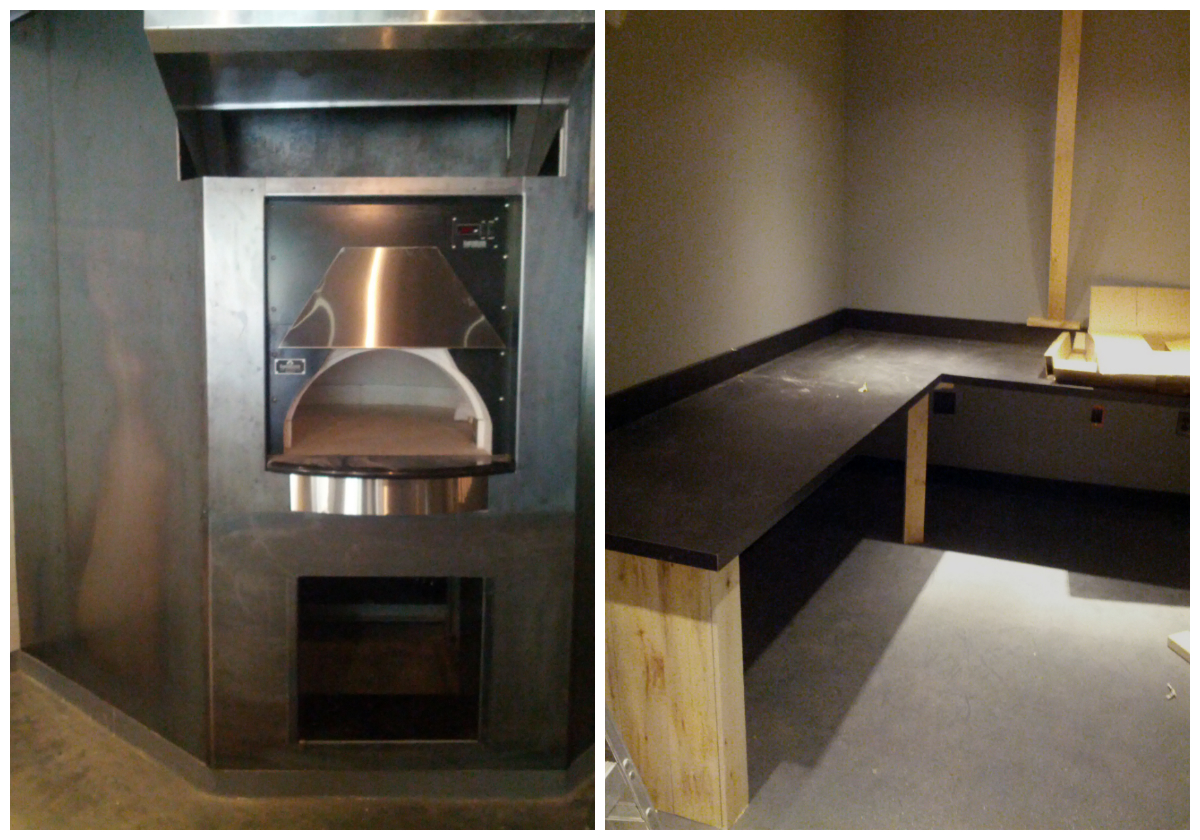 Coming down to the finish line. As Dave from Cafco told me, "Every day counts now." If we hit any delays, we won't be able to make it up, and it will cost us. I'm concerned about the lighting in the kitchen in that I'm not sure there is enough of it. I'm concerned about the market lights in that I haven't seen them. We finally picked our barstools out this week, and when I went to order them, I was told they take six weeks. Shit. I don't have six weeks. I've got three, if we are lucky. Need to find an alternative. 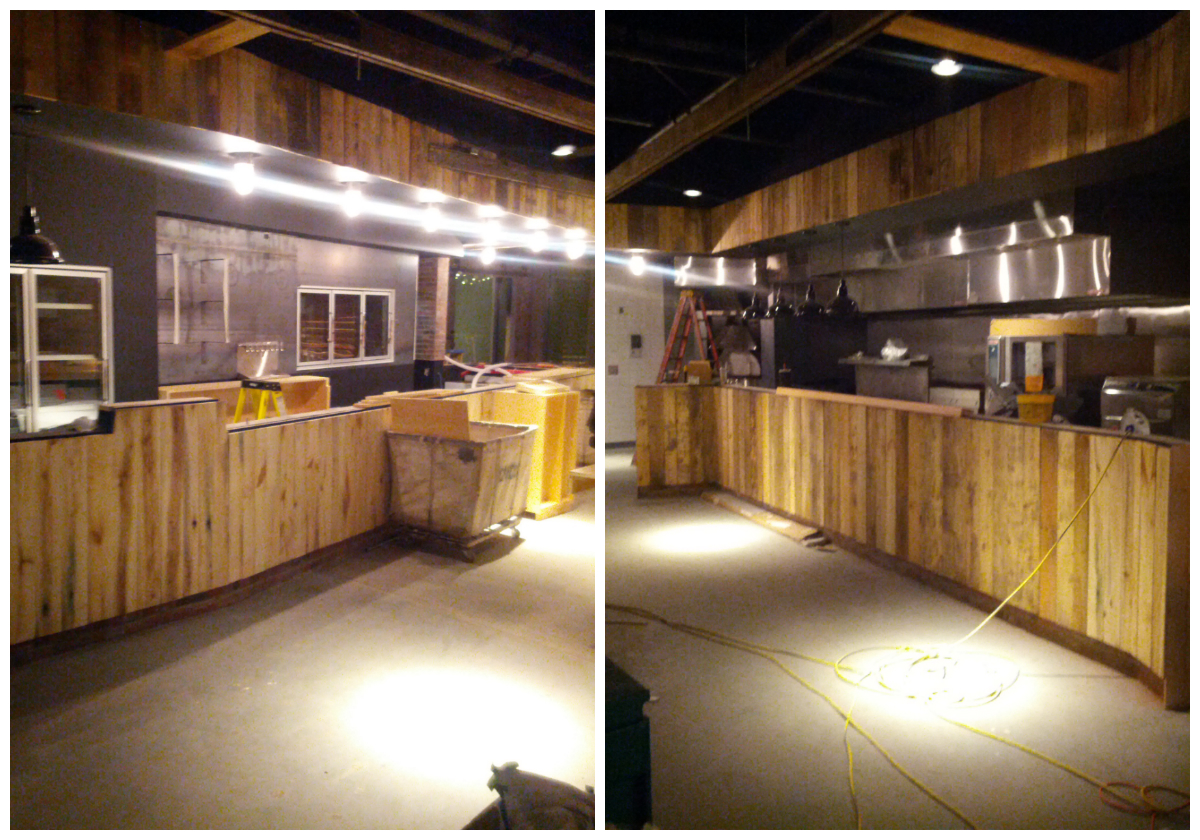 Tons of friends have been stopping by. Had a great visit from our neighbor Josh Childs of Trina's Starlite Lounge and Silvertone. Josh Smith of Moody's Delicatessen and Provisions came by and peeked in. Random people keep popping in, asking, "Are you open yet?" and "Will you sell milk???"

I'll tell you this: one thing that makes me crazy nervous is, well, it's not like we can have a soft opening. When we open the doors, I think we are going to get crushed. Maybe not so much in the restaurant as in the market. I go to sleep thinking about it, and I wake up thinking about it. But like I said last week, there is only so much you can plan. It's how you handle it after that matters.

We are starting this business from scratch. We don't have anything at all to start with. Our office isn't done yet, and we have no internet, so it's been very difficult to print applications and send emails and all that stuff. So I wandered over to the Cambridge Innovation Center across the street to see if they had a little cubicle we could use for a week or so to get us started. They hooked us up with a sick office on the 15th floor overlooking the restaurant. It's amazing. I never want to leave. But we still had to buy a ton of stuff, like a stapler and paper clips and pens and files. We are starting from nothing, so it's a bit crazy. 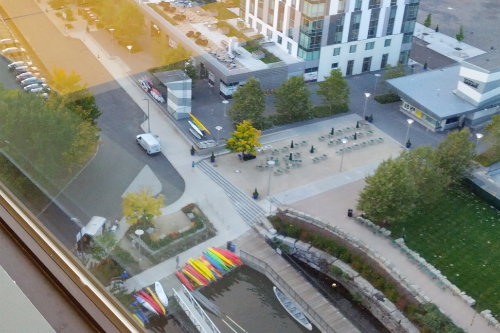 I'm trying to let go of certain things, but I so want to have my finger on everything. I even questioned if we were getting blue ink pens or black. (We went with black.) But it's important. I had a 15-minute conversation on whether or not to sell both salted and unsalted butter in the market. I only buy unsalted for my house, but I know people like salted. Every little detail needs to be talked through and dissected. Trying not to miss anything. Anyway, not my wittiest or funniest post yet, but, well, that's what I've got, and that's what's going on.

I leave you with a question — one that has been bugging me for a while. American Express: should I take it or not? I receive nothing in return for taking it, and it costs me one percent more. The belief is that lots of larger corporate clients use it and get pissed if you don't take it. My thought is that if you have an Amex, you most certainly have a Visa or MasterCard. One percent doesn't seem like a lot, but in the restaurant world, it's all about the nickels, and I'm not sure if I want to give my piece to Amex. So, vote yes or no and have a good week.


Follow Nookie on Twitter: @chefnookie and @commnwlth.
· All coverage of On the House on Eater [~EBOS~]
Foursquare