An Anonymous Server on Dealing With a Whale

Share All sharing options for: An Anonymous Server on Dealing With a Whale

Whale Week continues with a firsthand perspective on what it's like to wait on a big spender. The following story comes from a server from a Back Bay restaurant: both he or she and the name of the venue will here remain anonymous. 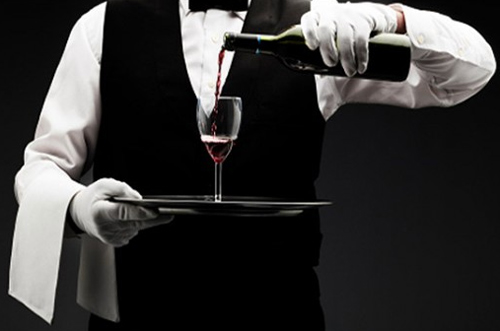 There is a wealthy philanthropist and Back Bay resident who we'll call John, and let's just say you'd recognize his last name. Huge money. Complete prick. Arrogant as they come. John would come in for dinner quite frequently, sometimes as often as three or four nights per week to entertain business clients. Managment probably figured out early on that John would spend enough money each month to pay their entire electric bill, therefore they let him do whatever he wanted. Only him, though, even though tons of high rollers dine here. He was the only guest who was allowed to bring his own bottles of wine and even his own glassware into the restaurant. Whenever we saw his name on the reservation list, all of us servers would cringe.

He walked in like he owned the place and it was his private dining room. The menu is rather extensive, but he always managed to say something like "There's nothing really on this menu that appeals to me." He would then create something that he did want and he invited his guests to do the same. The chef and the guys in the kitchen were used to him, but there's nothing like fucking up a busy night of service with John and all of his special requests! He knew damn well that the restaurant didn't have a fruit plate for dessert, but the kitchen could usually put something together for him. If he wanted strawberries and the restaurant didn't have any, I actually witnessed management sending a busboy across the street to borrow from another kitchen.

The service staff basically had to stand tableside during the entire dinner service to be readily available to him. But, for the record, he tipped VERY generously!

Moral of the story: If you are going to work in the service industry in Boston, make sure that you do so catering to the 1%. You'll have to bend over backwards and honor their every request. A lot of them suck, but they can be very generous with gratuities.

Got a Whale Week story of your own? Send it in to the tipline.