The Mohegan Sun WineFest Recap, from Koozies to Kilts

Share All sharing options for: The Mohegan Sun WineFest Recap, from Koozies to Kilts

Setting: an elevator.
Bro #1: Dude, do you think there will be merlot at this wine fest?
Bro #2: ?
Bro #1: Well, I don't know; I'm not a wine guy. I just wine 'em and dine 'em.
Bro #2: These people [in the elevator] must think we're idiots.
Bro #1: Well, we're giving them a story!
Middle-Aged Woman: Have I got a story for you! My husband threw up everywhere last night after drinking too much wine.

And on that note, the elevator finished its uncomfortably fast descent from floor 27 to the lobby. Welcome to the 10th annual Sun WineFest at Mohegan Sun, which took place this past weekend, just in time for Whale Week, celebrating ten years of encouraging thousands of people to spend the weekend tasting thousands of wines while drunkenly spending thousands in the casino. Here's a recap.

As the first afternoon wore on, the weekend-long event turned increasingly into a sweaty, fumbling mass of intoxicated people tasting wines, rarely spitting them out or learning anything about them from the winemakers, and instead pushing through the crowd at another booth for the next taste. Some attendees were there to learn, but most were there to drink. You could tell the wine fest veterans: many wore wine glass koozies around their necks, while some wore strings of pretzels, a useful trend that seems more prevalent at beer fests. They swept from booth to booth with barely a breath in between; they were on a mission to try everything, and they knew what they were doing.

Most dressed comfortably: one man, achieving maximum ventilation in the packed room, sported a kilt. Other attendees looked more prepared for a night of clubbing, tottering around dangerously on stilettos. The only sighting of someone on the floor, though, didn't occur until dinner several hours later. His friends had to drag him back up into their booth at Pepe's Pizza, much to the chagrin of the staff, and he sullenly chewed his way through a few slices after that.

The party atmosphere in the main wine tasting room was put to shame by the smaller beer tasting rooms, though, where the demographic skewed younger, louder, and drunker. It wasn't too insane; a frat party on any college campus would probably steal its the thunder in minutes, but the beer tasting section was clearly the place to be for attendees who just wanted to have a good time. 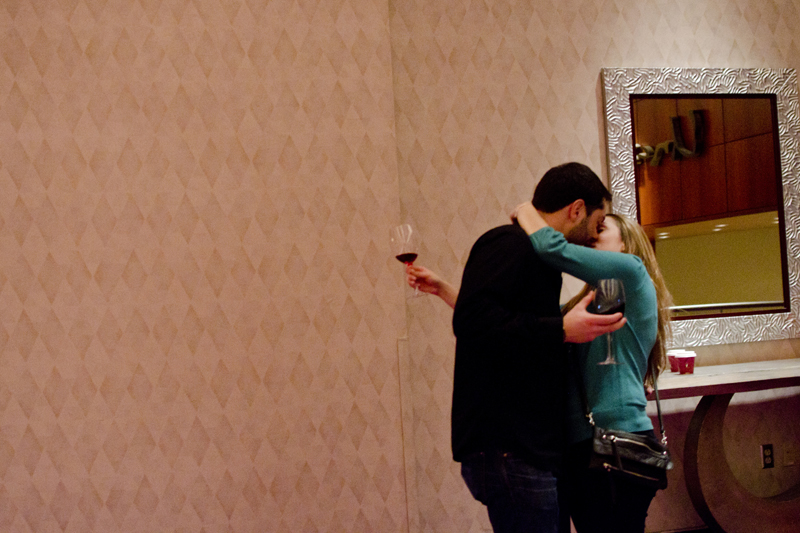 Meanwhile, back in the main room, there was a string of celebrity chef demonstrations, including Boston's own Todd English, who had an entertaining 2012 of breaking reality TV promises, getting sued, naming oysters after himself, getting torn apart by the Globe's Devra First, and offering himself up on Groupon. On stage, he was at his most personable, particularly when flirting with the audience plant, er, volunteer, whom he recognized from when she apparently also volunteered the previous year, and whom audience members recognized from when she also volunteered for other demonstrations earlier that same day. Maybe she's just really good at raising her hand and jumping up and down? In any case, English gave an upbeat demonstration involving sea urchin, which caused a few audience members to leave in search of more wine. "I'm not cooking that," frowned one woman as she stumbled away. 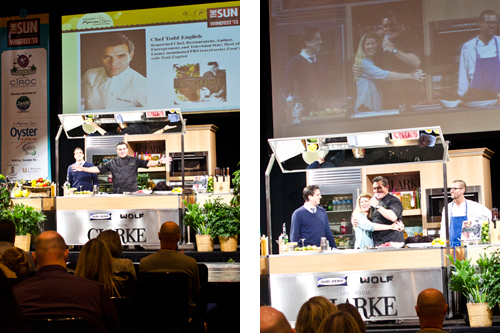 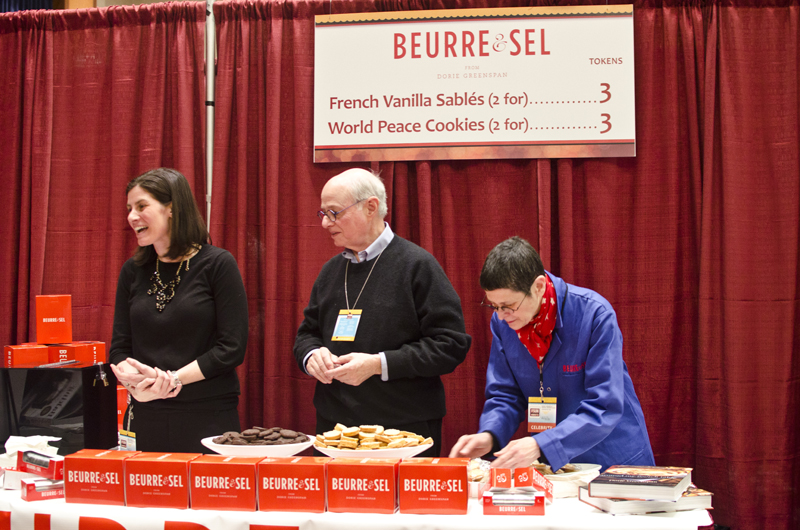 The main stage was good for more than just demonstrations. It also hosted a grape stomping competition, a fun homage to I Love Lucy that served as a fundraiser for cancer research. Taking place late on Saturday afternoon, the event made it clear that even the announcers had been doing some tasting throughout the day. In a performance worthy of whatever the Razzie equivalent is for event emceeing, one announcer made repeated butt crack comments while staring creepily at one female competitor's behind, gleefully told a classically awful 2:30 joke (several times) to a pair of dentists, and informed competitors that "now [they] know what it feels like to be a condom, wet and sticky" when they finished stomping grapes. Some of the teams shared his creative flair by giving themselves yawn-inducing names like "The Grape Smashers. Others went with "50 Shades of Grape." After the grape stomping, it was back up the elevator for some intense pre-dinner napping. 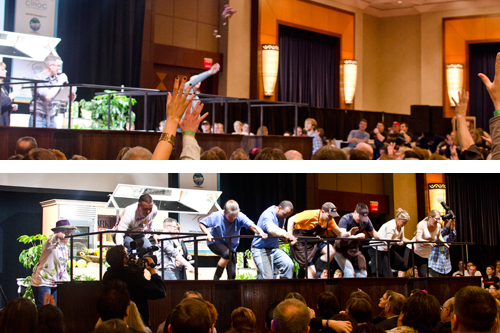 Meanwhile, back in the elevator...
Drunk Lady: What, no elevator music? I could go for some jazz, you know...bow chicka wow wow!
Everyone Else in Elevator: ?
Guy #1: I don't know what kind of elevator you're thinking of...
Guy #2: The kind of elevator I'd like to be on! [Guy #2 quickly blushes, remembering that his young daughter is standing there with him. He pats her head awkwardly.]

And thus concluded the Saturday session of the Mohegan Sun WineFest, at which Elevator Bro #1 undoubtedly found all the merlot he could possibly desire.

Disclosure: Eater received complimentary admission and accommodations for the event, and "Guy #1 in Elevator" has a personal relationship with the author of this piece.