It's time again for Curbed Cuts: the best of this week's neighborhood news from Curbed Boston. 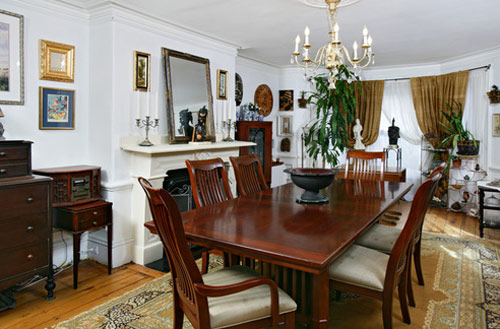 SOUTH END - At more than $867 a square foot, the townhouse at 21 Holyoke Street not only claimed a modest sales record when it traded earlier this month, it carries with it historical significance: Martin Luther King Jr. was a dinner guest of the former owners.
__
HUB-WIDE - Attention! We break down the cheapest and the priciest areas to rent an apartment as of January 2013. The priciest? Downtown Boston. The cheapest? Eastie. Everywhere in between? Read on.

__
SOUTH END - Our David Bates crushes it re: the South End condo market since 2005, with statistical gems like this: 2,207 (52 percent) were two-bedrooms and only 436 (10 percent) were three-bedrooms.
__
WEST KENDALL - Don't blame us, but our flash-poll produced a new name for Area IV in Cambridge: West Kendall. Many residents and at least one elected official objected to the Area IV moniker because it was a mere police code.