Remember the rumored Mission Hill expansion by The Ginger Exchange team? It's happening, and it will be called Mission Sushi and Wok, reports Boston Restaurant Talk. Judging from the rendering of the space, seen above, the restaurant will have a simple, modern design and two identical chefs who look kind of like Super Mario Bros. The restaurant is nearing its grand opening according to a recent post on Facebook, and will serve rice bowls, noodle bowls, bao sandwiches, sushi, Korean fried chicken, noodle soups, bibimbap and more. For drinks, there will be cocktails (including a Scorpion Bowl), beer, wine, sake, Thai iced tea and aloe lemonade.

Mission Sushi and Wok will be open every day of the week, from 11:30AM to 11PM on weekdays with a closing time of midnight on Fridays and Saturdays, and noon to 11PM on Sundays. The Ginger Exchange is also in the process of opening a second location near Symphony Hall in what was formerly Betty's Wok and Noodle Diner. See below for the lunch menu. 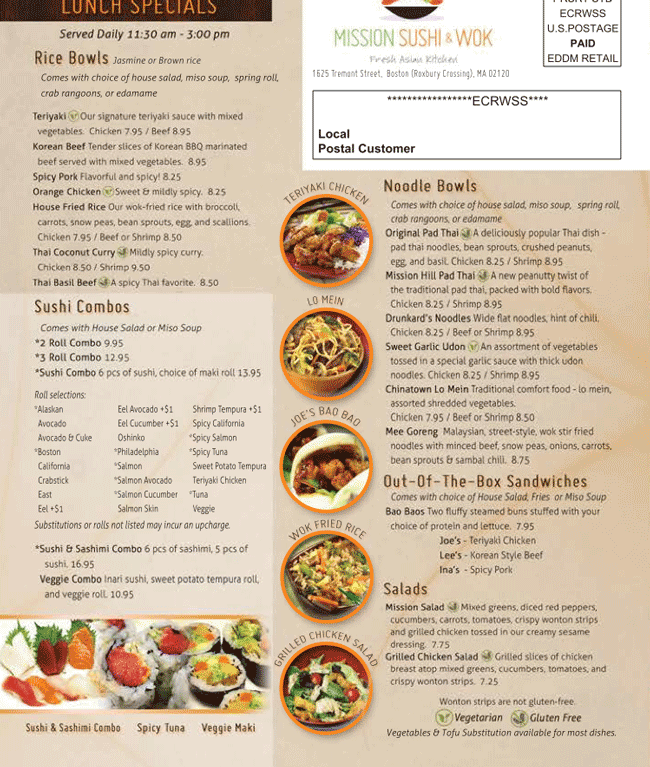 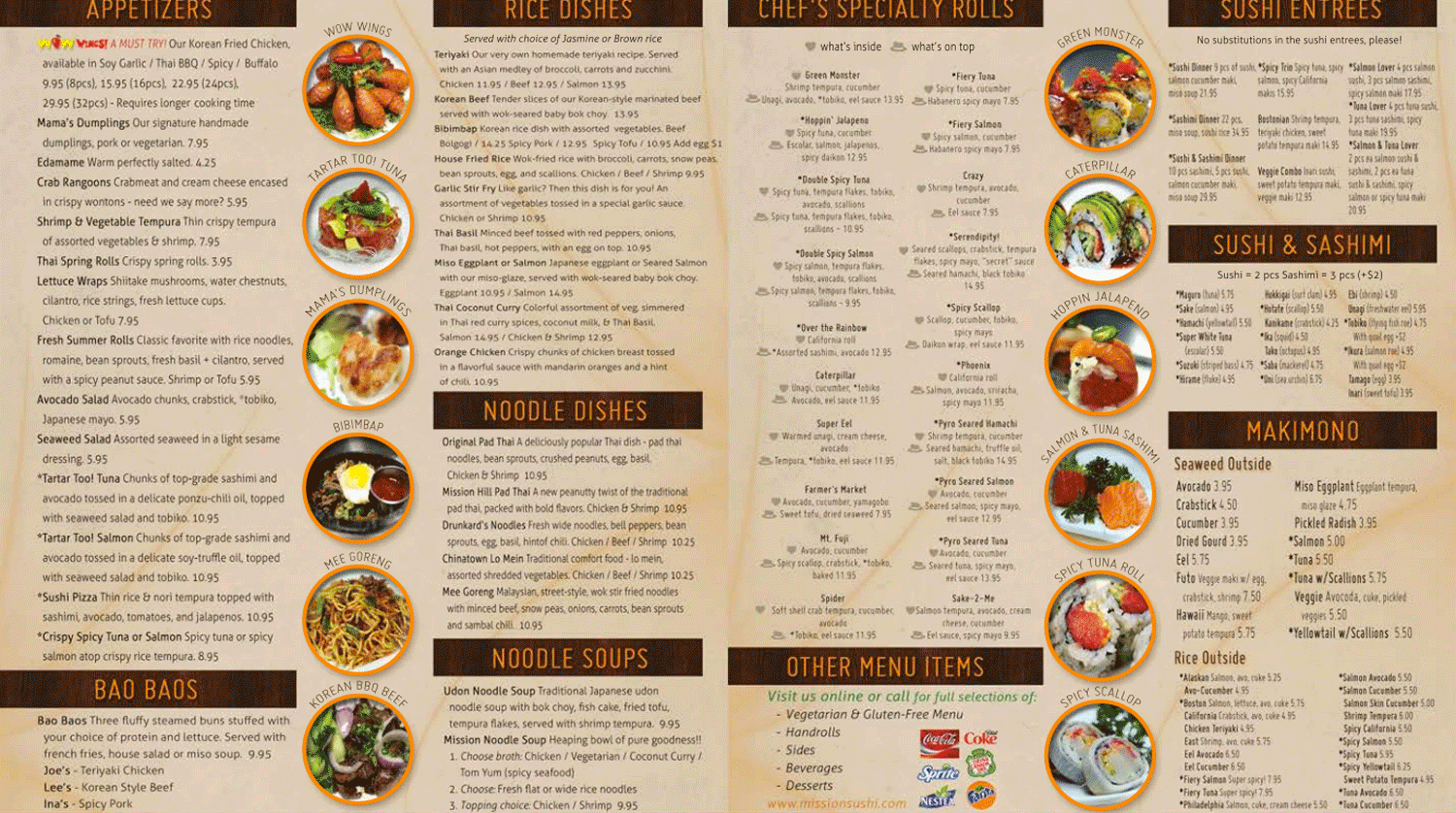