Share All sharing options for: Friday Lunch at Ashmont Grill; Izakaya at Empire

DORCHESTER - Ashmont Grill tried serving lunch on Fridays during the holidays and decided it liked it. So now, the restaurant will serve lunch on every Friday, starting tomorrow, from 11:30 AM to 5PM. Menu options range from $7 to $15 and include a turkey burger, hot dogs, and a Cobb salad. Desserts will also be featured, such as chocolate crème fraîche cake with roasted pears. [Official Site]

SEAPORT DISTRICT - Empire is adding its afterwork "Izakaya" menu as a late-night option. On Thursday, Friday and Saturday nights Japanese inspired small plates will be served from 11PM to 1AM. For instance: salmon and avocado mousse wonton tacos; shrimp shu mai with mustard and white miso, and tempura broccoli with ponzu and yuzu mayo. [Official Site]

HARVARD/INMAN/HUB-WIDE - Here's two unusual offerings those ever-experimenting vegetarians over at Clover have been playing with: unstrained tea and hops-flavored cupcakes. Could either earn a spot in the regular lineup? [Official Site]

FINANCIAL DISTRICT - Starting Wednesday, January 30, Coogan's Irish pub will be going into dive bar burger mode, for how long no one yet knows. Chef Keenan Langlois tells Eater that all of the meat will come from Savenor's. The menu will feature a "build your own" section and the drink menu will stay the same (so no liquid burgers). See below for the full menu. [Official Site] 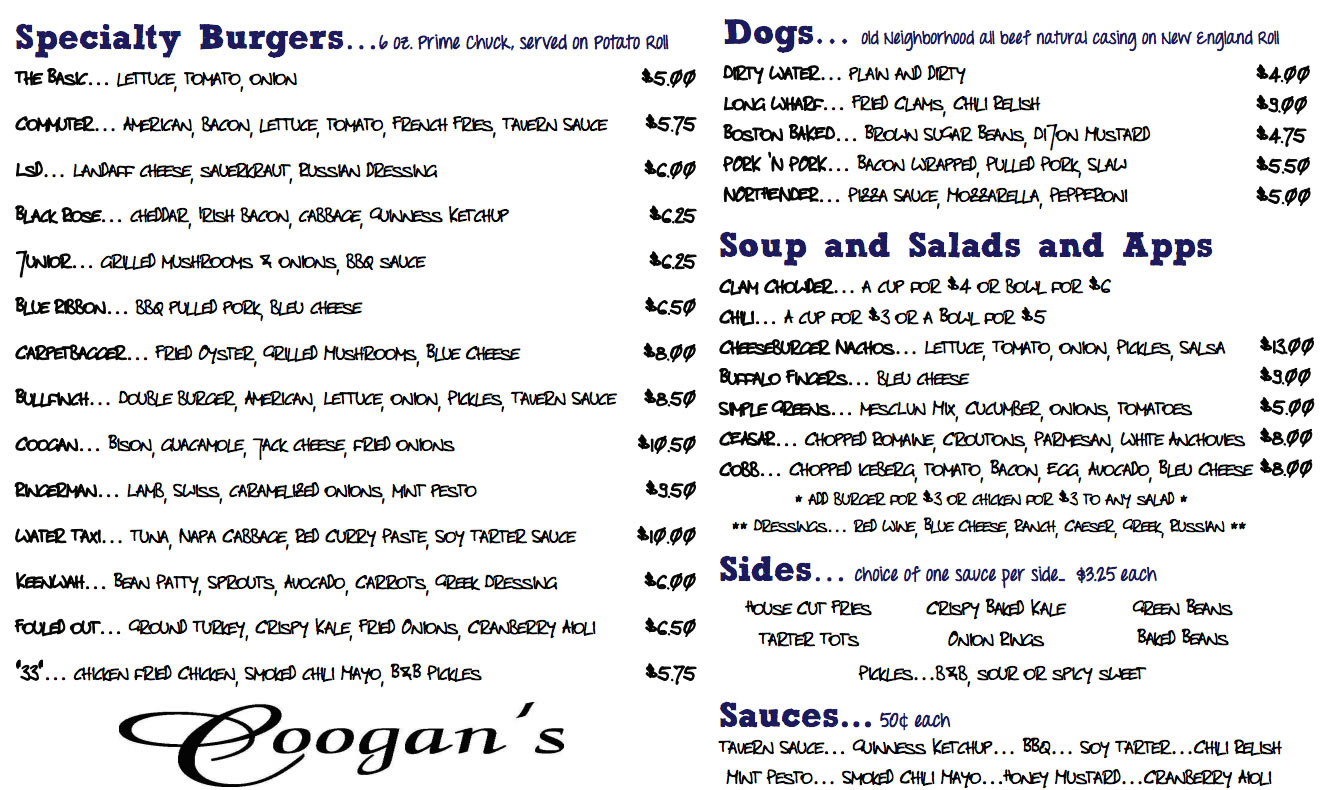