Share All sharing options for: Where Local Comic Jenny Zigrino Likes to Eat

"I take my food very seriously. I'm a serious comedian when it comes to food," says local comic Jenny Zigrino. And so, welcome back to Comedian Confidential, in which Boston comedians share recommendations for their favorite bars and restaurants. 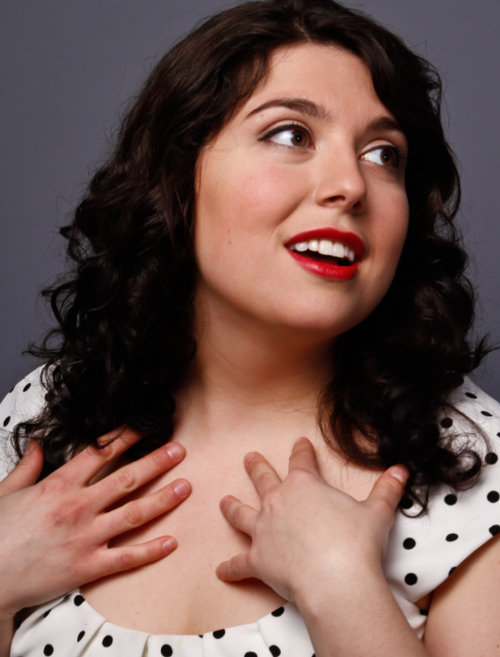 Where do you like to eat and drink? I live in Somerville, and my favorite breakfast place is The Neighborhood. When you get a side of bacon, they give you a side of bacon. It's 20 pieces, it's crispy, it's delicious. I try to stay away from wheat and dairy products, but the cream of wheat is crazy! If I'm with anyone I make them order the cream of wheat so that I can have a bite of it. Every time.

Really? I think of cream of wheat as being one of the most boring things in the world. Are you kidding? But it's so wonderful in its simplicity. It's simple and it's perfect. I'm sorry, I just don't want you to shit on cream of wheat. It's made with butter and it's awesome. Also, for me, when I was a kid my dad used to make it, and we would get so excited. It would have that perfect taste of sweet and savory together, with the creaminess. It's unbeatable.

Also Sorella's in JP is awesome. It's really good. It's another little breakfasty place. Their pumpkin pancake was amazing. I went to SoundBites and had their pumpkin pancake, and it was crap compared to Sorella's. Their pancakes are awesome. Also I asked them one time to make me a gluten-free pancake, and the woman had no idea what she was doing, but she ended up making this really good cornmeal pancake, for me personally, which I thought was really nice.

Where does the comedy crowd hang these days? For food, it's whatever's open late at night. After The Comedy Studio we'll usually go to The Cellar. And I'll say the food there is amazing. The burgers are really good.

Oh! I just want to tell you, my favorite burger in the entire world is at The Haven in Jamaica Plain. It beats [Mr.] Bartley's. Bartley's has variety and you can get whatever, but as far as just one amazing burger, it's The Haven. And I'll stand by that.

If there was more [comedy] going on in JP, then I would go to The Haven. A lot of it ends up being in Cambridge, so we go to The Cellar. It has really awesome truffle fries, which are delicious. We get drinks and eat truffle fries and tater tots, which are also covered in butter. Or something. Whatever, it's amazing.

Any comical restaurant experiences to share? I did get thrown up on at the IHOP, in Cambridge, which is pretty common. It's not a big deal.

Learn more about Jenny Zigrino and check out her schedule right here. Got a comic you'd like to see featured here? Send recommendations to boston@eater.com.