It's Friday, so it's time for Curbed Cuts, a collection of neighborhood goings-on from Curbed Boston: 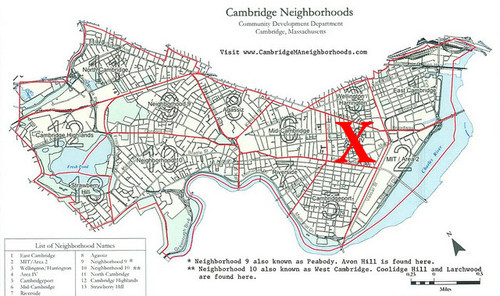 AREA IV - Residents long-chagrined at their neighborhood's name are demanding action by the Cambridge City Council and the council is responding. A proposal has been introduced that would change the name of Area IV to something less police code-y. "The Port" and the "Old Port" appear to be the top contenders (the neighborhood was at one time slated to be the edge of a deep-water port).
__
WEST END - Wowza! Two towers have been pitched for just outside TD Garden (on the site of the old Boston Garden, in fact, which was demolished in 1998). They would contain not only hundreds of residences and hundreds of thousands of square feet of office space, but a multilevel Target as well as a supermarket.