Did you know that TGIF actually stands for "Hooray, It's Time for Curbed Cuts?" It does, don't worry about how. Presenting this week's neighborhood news from Curbed Boston. 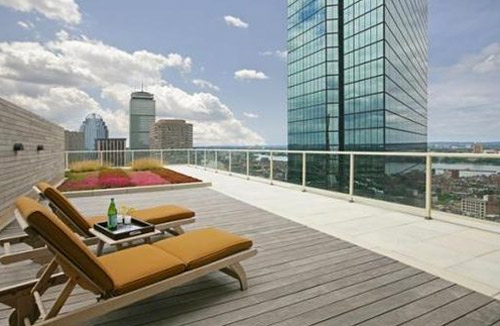 BACK BAY - The biggest new rental listing in the entire Hub is for a recently traded penthouse at the Clarendon on Stuart Street. The 3-BR, 3.5-BA, 3,545-square-foot spread, with dictatorial terrace, is asking $35,000 a month, plus a $35,000 security deposit.
__
FORT POINT -
Developers and brokers are trying to make a new moniker stick in Southie: "M Block." It refers to Melcher Street, which is undergoing a boatload of change due to new developments like 49 Melcher and 51 Melcher.

__
CENTRAL SQUARE - As many as 15 properties in the area traded last year, and their new owner has big development plans. A "gateway" kind of development, in fact, is being discussed for the Quest Diagnostics building where Mass. Ave. skirts Main Street.
__
SOUTH BOSTON - Our David Bates deep-dove into the neighborhood's condo market and came up with gems like this: Of the condos sold since 2005, "1,964 (50 percent) had 'granite' in the MLS remarks section and 1,050 (27 percent) touted 'view' in the MLS remarks section."