Tequila Mexican Grill on Bromfield Street near Downtown Crossing has been replaced by an outpost of the California company Pedro's Tacos. A tipster tells Eater about the switch and an employee from a Pedro's Tacos out West confirms that there is now a Boston location. The Pedro's Tacos Facebook page also lists the former Tequila Mexican Grill address as one of its five locations: the other four are in San Clemente, Fallbrook, and Oceanside, CA. As of yet it's unclear exactly when the change took place, though Yelp reviews for the new venue date back to two days ago. It's not often that a taco crosses America: any CA transplants with Pedro's Tacos experience should feel free to weigh in about the opening in the comments. For a sample Pedro's Tacos menu, see below. 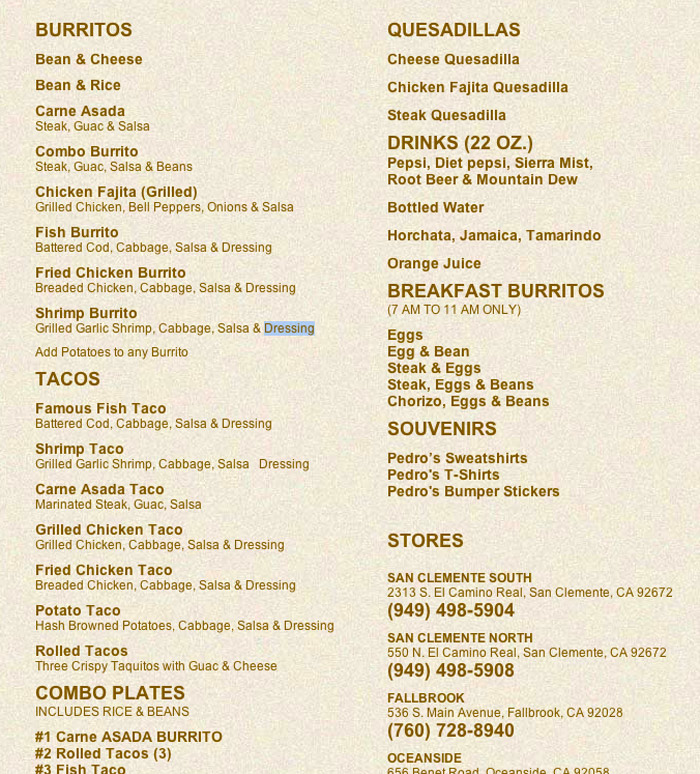