BosGuy on Justin Ito-Adler and His New Move to Clio

Share All sharing options for: BosGuy on Justin Ito-Adler and His New Move to Clio

Welcome to Front & Center, a week-long series highlighting front of the house professionals in Boston area restaurants. Today man-about-town blogger BosGuy shares his thoughts on bartender Justin Ito-Adler, who he reports just made the move from Union to Clio and Uni. 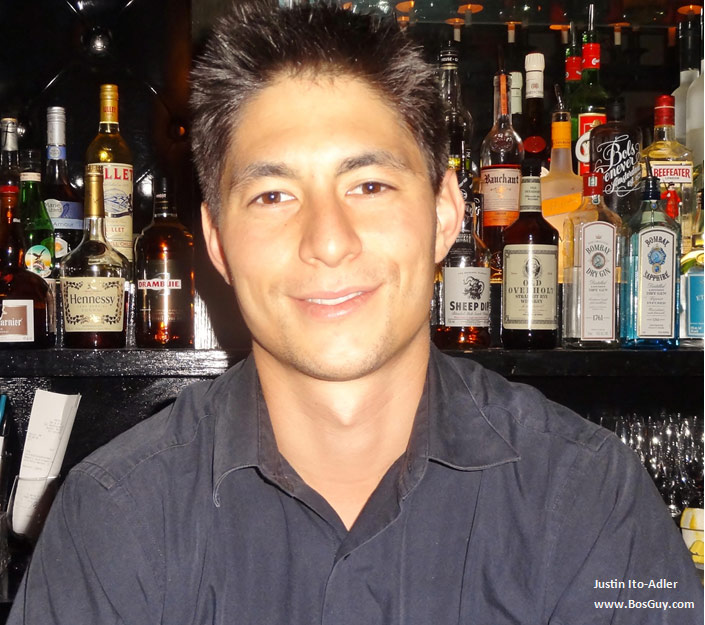 Justin Ito-Adler may look familiar to those who frequent restaurants in Boston's South End. For the past few years he's worked behind the bar at popular restaurants in the South End including Rocca and more recently the Aquitaine Group's Union Bar and Grille. Justin is a big reason many South End residents stop in for a nightcap or to meet friends at Union Bar and Grille. He has a winning smile, is easy to talk to and pours a killer drink.

Last week Justin joined Ken Oringer's team as a manager at Clio - Uni in the Back Bay. Ken Oringer invested heavily in his flagship restaurant earlier this year, remodeling the space to bring new life to the restaurant that first opened in the Eliott Hotel back in 1997. Although many in the South End will miss having Justin so close, he has given everyone more reason to head to the Back Bay and revisit Clio.

When you visit Clio / Uni for either a drink or bite, look for Justin and let him know BosGuy says hello. He is a great guy who's personality will add a lot to this newly revitalized Oringer restaurant. Many congratulations to Justin on his new role at Clio / Uni and to Ken Oringer for nabbing such a talent.