DownEast Revamping; Midcoast Is 'Best of Both Maines'

Share All sharing options for: DownEast Revamping; Midcoast Is 'Best of Both Maines'

Here now are this week's top stories from the newly launched Eater Maine, covering Portland and beyond. 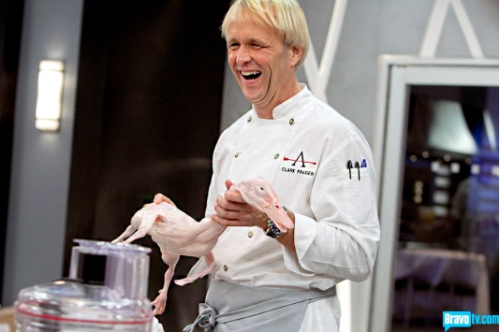 STATE-WIDE - Rumors swirled early this week that Maine's venerable DownEast magazine was headed for closure - its publisher had departed, and it was killing off its blogs (including restaurant reviews) and pulling down its website. Two of these three turned out to be true; the magazine's editor confirmed the top management change and that paid bloggers were being "phased out." But, he said, this was all part of a planned revamp of the "thriving" publication.

OGUNQUIT - Chefs Mark Gaier and Clark Fraiser of Arrows and MC Perkins Cove in Ogunquit stayed alive in the "wedding" episode of Top Chef Masters. And it was not just the bride's nerves that were frayed. Fraiser lost his usual cool and Gaier managed to squeak by despite undercooked salmon that judge Krista Simmons said was "still swimming upstream."