MC Slim JB on Joe Carbonaro at No. 9 Park

Share All sharing options for: MC Slim JB on Joe Carbonaro at No. 9 Park 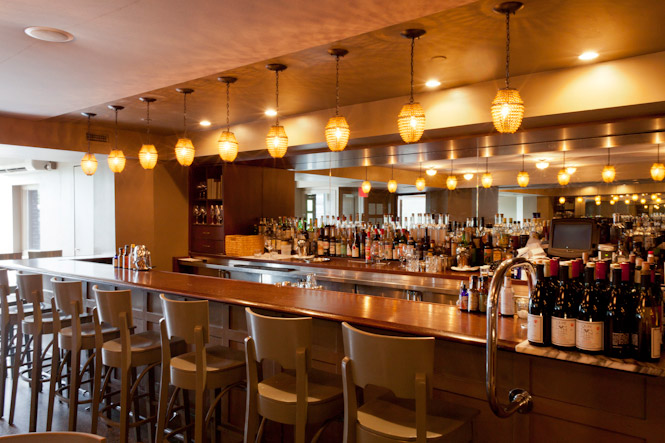 Longtime habitués of the Boston restaurant and bar scene always have a few favorite front-of-the-house staffers, beloved servers or bartenders whom we've been following around for years. On my personal All-Star roster is a guy who's been both a bartender and a server, Joe Carbonaro, whom I first ran into at the South End's Caffe Umbra (now home to The Gallows), where he served as bar manager. In my first-ever feature as a professional food writer, I praised him thus:

"In a handful of places in Boston, the bartender is such a multi-talented, genial host that you hate to hazard the dining room. Joe is one of these, the rare barman who can deftly juggle responsibilities -- mixologist, wine steward, waiter, busboy, raconteur, and confidante -- and make it look easy, with grace and aplomb, like a professional athlete?.

He's on intimate terms with the wine list, quick with thoughtful food-and-wine pairings, slow to push the most expensive stuff, able to hold forth on esoteric dessert wines. That's in between making drinks for everybody in the place, and serving dinner in the bar.

Joe approaches the food side of the job with similar seriousness and relish. He's a subtle and effective salesman for the chef's innovative rustic Italian and French cuisine, telling you exactly what he loves about each dish, [showing] a Sicilian-American's appreciation of the simple, beautiful ingredients on most plates here."

Even though he has come out from behind the stick to patrol the dining rooms of Barbara Lynch's famed No. 9 Park, those qualities still pertain, though the menu and wine list he now helps customers navigate are rather more rarified and expensive. Lynch has a hard-earned reputation for developing an exacting service culture throughout her empire, and Joe epitomizes the ethos: soft-spoken, dignified, exceptionally knowledgeable, and polished by years of anticipating the needs of a very demanding clientele.

"Demanding" might be too kind a word: I've dined alongside No. 9 patrons who were such extravagantly self-entitled assholes that I was tempted to plunge a fancy butter knife into their well-fed faces. It takes a certain unflappable temperament and unswerving commitment to hospitality to make that particular crowd feel cared about, catered to, loved. Joey Carbs is that kind of pro, and if you're lucky enough to be seated in his section sometime, you'll understand how an extraordinary server can turn merely excellent food into a memorable evening out.