Zagat Said This is Some of Boston's Best Thai Food

Share All sharing options for: Zagat Said This is Some of Boston's Best Thai Food

On Monday Zagat shared its top five picks for Thai food in Boston, three of which were in Brookline. But an Eater reader noticed that something was amiss. The photo for entry number five depicts not Thai food but chicken and waffles. Why? Zagat seems to have grabbed a photo from Brown Sugar Kitchen in Oakland instead of a photo from Brown Sugar Cafe here in Boston. The listicle does say "multiple locations," but that's probably not what they meant. Says the anonymous Eater commenter: "A southeast Asian-influenced version of that dish with nuoc cham syrup would be great, though."

Note: Zagat has since corrected the image, but you can see below for the original. 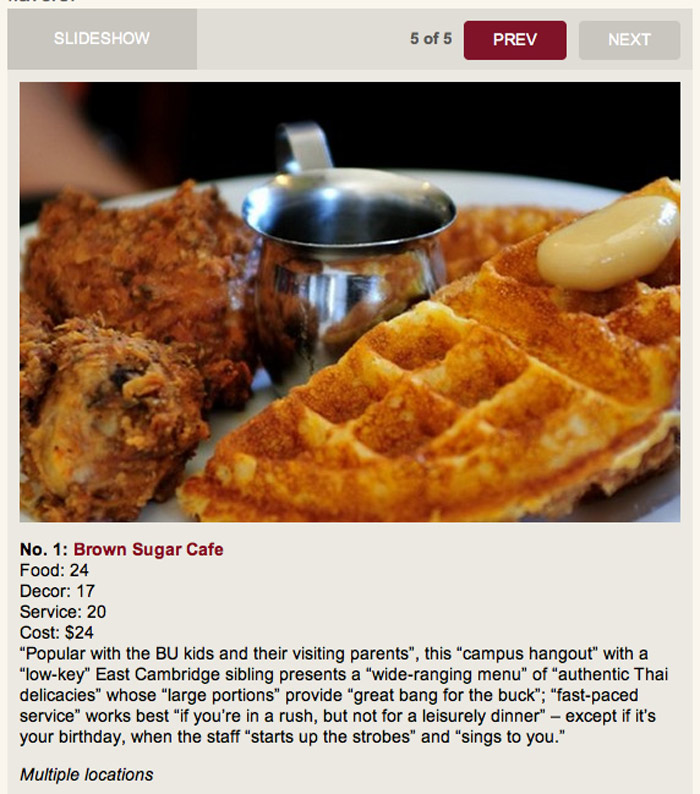