PROVIDENCE - Momofuku Ko alum James Mark says he'll be opening a new restaurant called north in Providence. Mark's new venture will feature dishes combining elements of New England cuisine with "heavy influences from the last thirty years of immigration that has occurred in the region," including Cambodian and Guatemalan cuisine. He hopes to have north operational "in the next few weeks." [Official Source]

CAMBRIDGE - Rendezvous in Central Square has trotted out nine new late-summer menu items, including sweet corn soup with crème fraîche and cherry tomato salsa and spicy bluefish cakes with cool cucumber-mint salad. For all of them, see below. [Official Site] 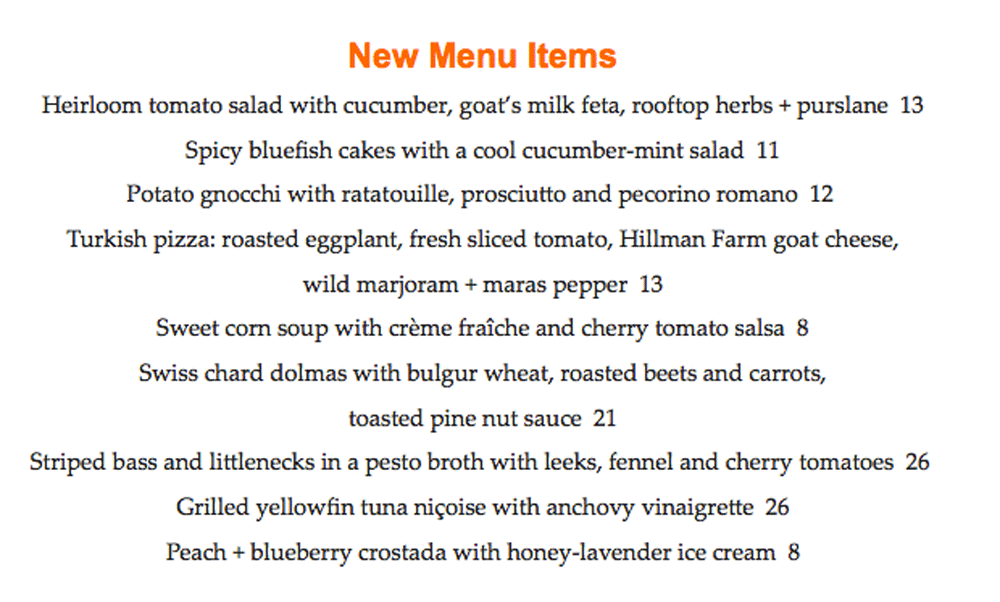