Mayor Menino said he didn't want Chick-fil-A in Boston if its owner was going to continue to espouse anti-gay views. Now, according to a letter by Menino, Chick-fil-A has said it would back out of the same-sex debate, and Menino says "I urge you to back out of your plans to locate in Boston." He says he was "angry" to learn about the company's plans to come to town and says it would be "an insult" if it did. Meanwhile, an editorial in today's Globe says he has no right to block the company: "If the mayor of a conservative town tried to keep out gay-friendly Starbucks or Apple, it would be an outrage." 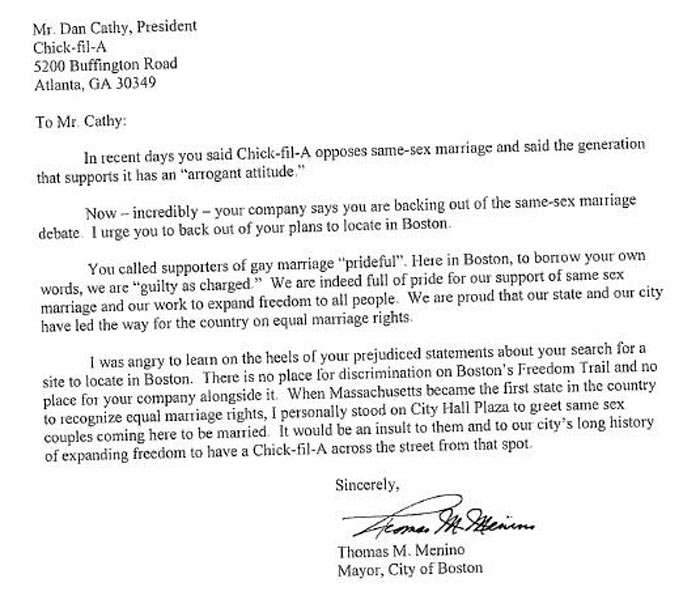 How to Spend 24 Scenic Hours Around Woodstock, Vermont

Pay What You Want Friday at Clover’s New Somerville Shop