The team behind Cambridge's Chang Sho is opening a new restaurant called Lotus Xpress in what used to be a KFC in East Somerville. The owners also run a trio of upscale Asian restaurant in the burbs, including Lotus Blossom in Sudbury, Water Lily in Wayland, and Lotus Flower in Framingham. East Somerville Main Streets reports that Lotus Xpress hopes to open by September. A father-son team of chefs will helm the kitchen, including Allen "roastedduck" Chen and Michael "papa" Chen.

The menu is heavy on American Chinese staples like boneless spare ribs and kung pao chicken, plus pan-Asian offerings like pad thai and Tibetan thenthuk soup, but there's a few items that will appeal more to the food nerd set, including braised pork belly in a steamed bun, in-house noodles, xiao long bao and dry tofu with pickled vegetables. See below for the full menu.

Update: Though Michael Chen has previously worked in the kitchens of some of the restaurants mentioned above, Lotus Xpress will not be affiliated with them and will be a separate venture of the father and son team. 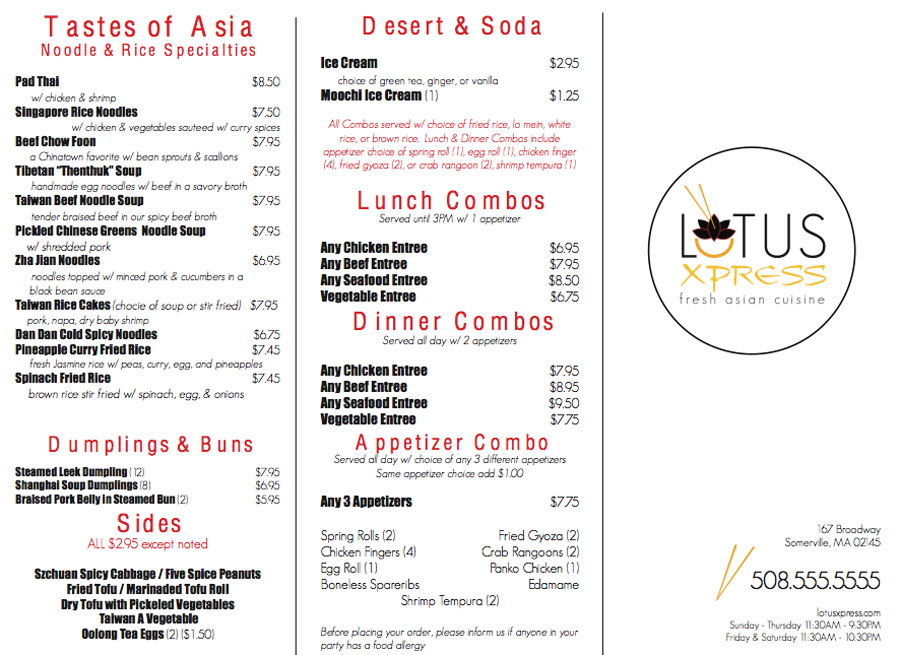 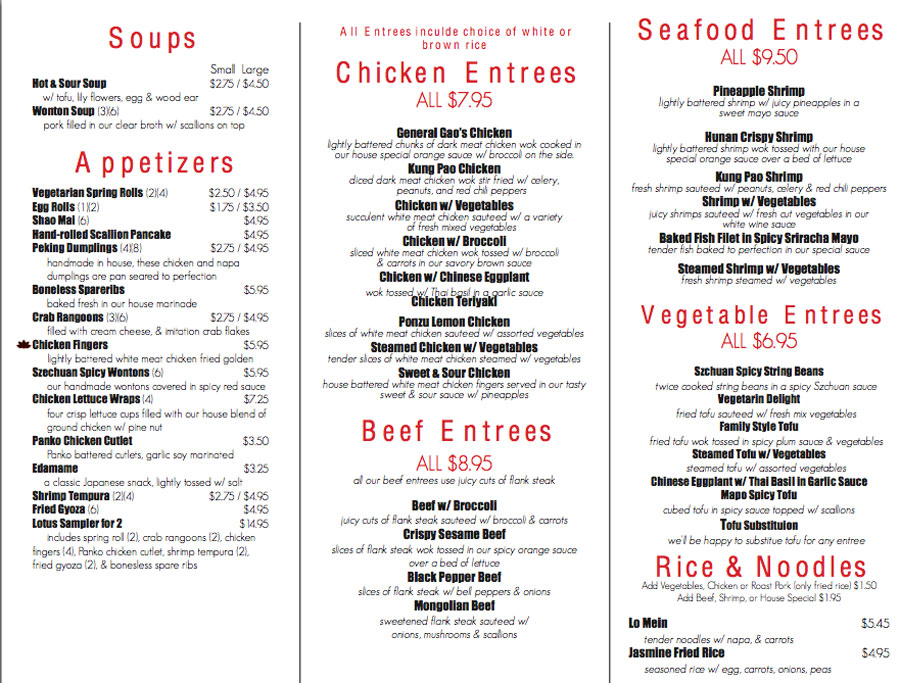