KO Pub and Pies is Henceforth KO Pies at the Shipyard

Share All sharing options for: KO Pub and Pies is Henceforth KO Pies at the Shipyard

KO Catering and Pies owner Sam Jackson tells Eater that his new venture, until now dubbed KO Pub and Pies, will officially be known as KO Pies at the Shipyard. The new East Boston restaurant is due to open in the former Scups in the Harbour location with a limited menu on June 19. Eventually, the menu will include items like the infamous Aussie meat pies that put the original on the map plus bar snacks like Thai-style fishcakes, salads, sandwiches, burgers, brunch items like herbed potato rosti, desserts including sticky date pudding and tons of beer and wine, the former listed as "stubbies" and "tinnies." Put together the waterfront location, fun menu and adorable Australian names for beer containers and you've got nothing else like this in town. See below for a peek at the full menu. 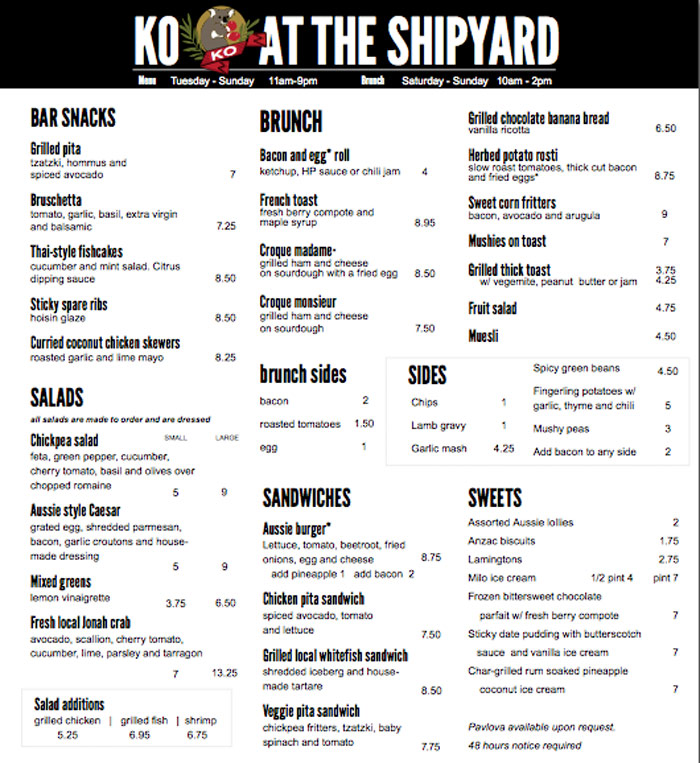 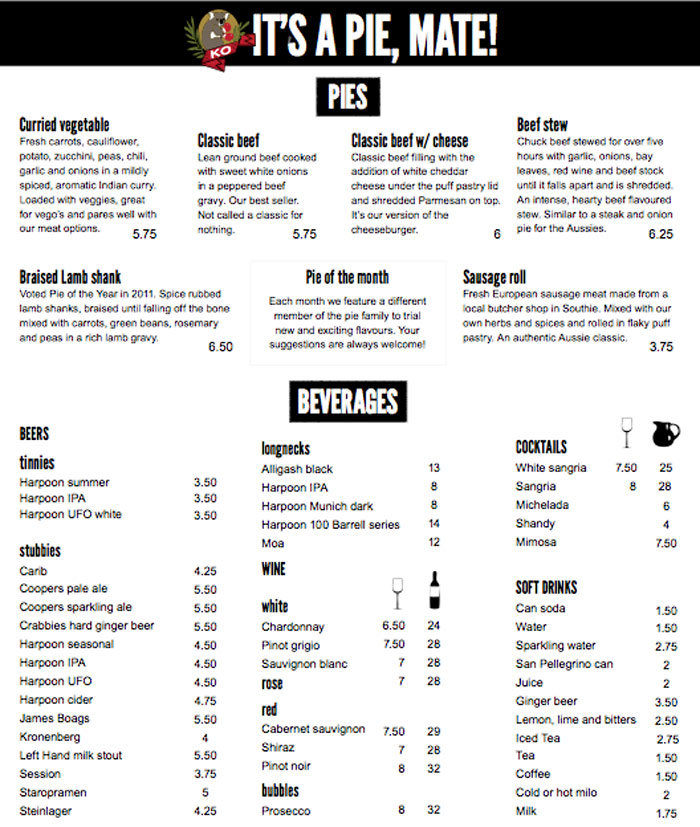 KO Pies at the Shipyard