Share All sharing options for: 2012's Biggest Price-Chop; Where Rents Are Headed 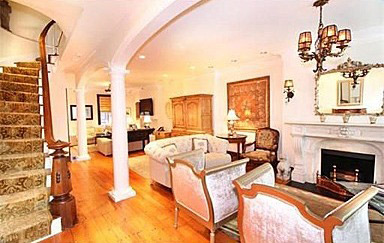 BOSTON - The city's perennially tight inventory, coupled with that damned economic recovery, mean higher apartment rents ahead as more people hunt amidst a limited supply. The city's apartment vacancy rate, in fact, is down to 3.8 percent, its lowest in a decade, according to a new report from brokerage Marcus & Millichap. And, hate to break it to ya, but, "Boston employers will generate 46,000 jobs in 2012, an increase of 1.9 percent. Last year, employers created 11,700 positions." That means the vacancy rate should dip even lower just as Allston Christmas arrives in September.

BACK BAY - We told you in late April that Jonathan Papelbon, the all-time Red Sox leader in saves who left after last season for the Phillies (maybe just in time, apparently), had sold his penthouse at 273 Beacon Street for "around $3 million." It was listed in January for $3,100,000. Well, the "around" was a tad relative: The closing price was $2,825,000 for the 2,500-square-foot spread.