Welcome back to The Gatekeepers, in which Eater roams the city meeting the fine ladies and gentlemen that stand between you and some of your favorite impossible-to-get tables. 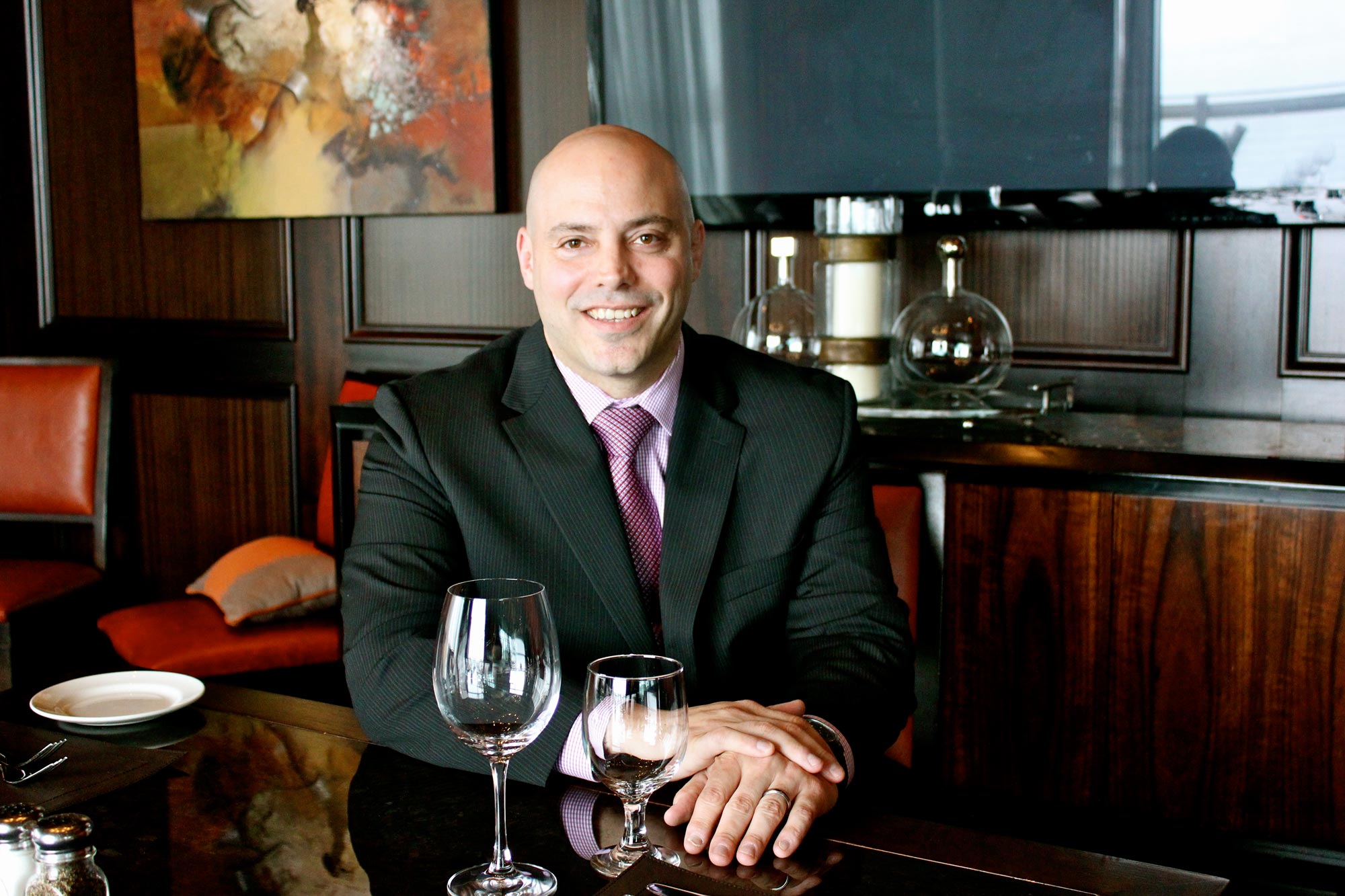 Roughly one year ago, the Dallas-born steakhouse chain Del Frisco's roared onto the scene at Liberty Wharf on the South Boston waterfront. The company has similar restaurants in other cities across the country, including New York and Las Vegas, and the Boston location quickly became mobbed. It's the kind of venue people talk about when they describe this part of town as hot property. Eater spoke with Del Frisco's general manager Gregg Rinaldi about what it's like to fill almost five hundred seats.

What's the wait? Thursday, Friday and Saturday, it tends to be anywhere from an hour to an hour and half if you don't have reservations. So we want to make sure that everyone has a reservation; it's very important if you want to dine.

How far in advance do people make reservations? Thursday, Friday and Saturday, we're about a month out.

When someone shows up without a reservation, how do they react? Leave in a huff, wait at the bar? When people come up and they know that they don't have a reservation, they immediately go into the bar because they want to be a part of that atmosphere. I have many people that sit at the bar and they have a full two or three course meal. Also it's a first come, first serve area, so when people just go in there they get an available seat or two. We don't get a lot of people who get upset. Occasionally you get somebody who can't believe that the wait's that long, but that's just either that they're new to the area or they're not really familiar with the restaurant in general.

What are some of the more popular menu items? Well the biggest thing is our bone-ins. Our bone-in steaks are unbelievable. We have the bone-in fillet, which is sixteen ounces, we have our bone-in ribeye, and then we also have the fillet trio, which is very popular as well.

How's it served? We do all of ours steaks where they caramelize with the seasoning we have. We're cooking in 1,800 degree ovens, or broilers I should say, and between the seasoning and the blistering of the steaks with the flavor - and we rest our steaks as well - it's very simple, but it's perfect.

Had any strange requests lately? Being that we're in a steakhouse, we always find it funny when we have a group of people coming in and they think "Del Frisco's" and think possibly we're an Italian restaurant. The first thing, they look at the menu and they're asking what the pasta of the day is.

Any celebrities sightings? We get a lot of the players in town. We just had a one year anniversary party and we had Patrick Chung, the majority of the Bruins come in, the Red Sox have been a little bit busy and I know with their new regime they've kind of been quiet a bit, we don't see them out and about. But probably we think in the mid-season we'll see them come around a little more. But the Patriots, they spend a lot of time here.

Any traveling teams? Yeah, we actually had the Washington Capitals here twice. We had the first game that they played here and they beat the Bruins, they came back and had exactly the same thing. Unfortunately they came back and won again.

Have you ever had a traveling team and the home team show up on the same night? We have not, as of yet, but we have had single players, like a couple of the players from the Red Sox and then somebody from the other team, but it wasn't the whole team and the other whole team coming right after or before a game.

Did they interact? Anything interesting happen? It's more the guests that interact. To give you an example, when the Capitals were walking out, I had about 400 to 500 people saying "let's go Bruins." I felt bad but yet I felt proud at the same time.

When you're not at Del Frisco's, where do you like to go? I'm real big on going to the North End. As you can see, my name's Rinaldi, and I love Italian food. When I was in North Carolina, there just wasn't a lot of that down there. They had Italian restaurants, but nothing that's authentic like they have here. I was born and raised in New York, so when I came up here I knew that was one thing that I could appreciate.

So do you wish Del Frisco's was an Italian restaurant, too? No, no, I love our steaks.

· All Gatekeepers on Eater Boston [-EB-]