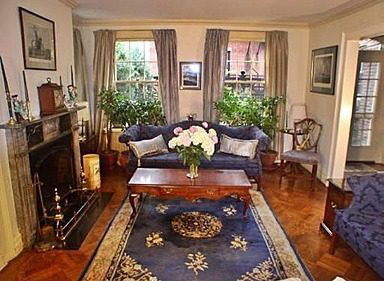 BEACON HILL - Herewith is the oldest Boston listing over $2M: the scrumptious 6-BR, 4-BA, 3,175-square-foot at 1 Acorn Street in Beacon Hill. It's been on the market as of today for 960 days at $2,645,000. We don't know why it won't sell. There's gorgeous detailing everywhere; two roof decks; central air; bones going all the way back to 1826; an address on perhaps the nation's most beatific urban street; and a separate apartment off Willow Street to play landlord from the manor.

BACK BAY - The 7,000-square-foot, 25-foot-wide apartment building at 86 Commonwealth Avenue has been on the market just over 75 days now. It's offered as "an incredible single-family conversion" or the perfect place to play live-in landlord (it's all rentals now). The price has been cut by a whopping $400,000, placing it amongst the biggest price-chops of the year so far. It's still $5,100,000—plus the amount it would take to convert it into instantly one of Boston's bigger manses.

HUB-WIDE - It's no news that housing is scarce in the Hub. And it's getting scarcer for fed-up renters wanting to buy or owners who want to trade up. In Boston the inventory of unsold homes on the market dropped 22 percent annually in April, according to numbers from the MLS. In Somerville, where hipsters are welcome and their techie girlfriends, too, inventory was down 21 percent. In Cambridge, it was down 44 percent.

SOUTH BOSTON - From the network that brought you Storage Wars and Duck Dynasty comes a reality TV show called Southie Rules. It will be exactly what you think it will be: A&E will follow a Southie family enduring personal struggles as they try to keep their neighborhood true to its roots (i.e., not gentrified). But is it really reality when it comes to Southie right now? Some thoughts.