Back Deck to Fuel Boston's Barbecue Fever by May

Share All sharing options for: Back Deck to Fuel Boston's Barbecue Fever by May

Boston's insatiable barbecue fever is about to be stoked by the opening of yet another barbecue restaurant slated for this spring. Boston Restaurant Talk reports that Back Deck plans to open next month at 2 West Street in Downtown Crossing. According the the restaurant's website, it will be run by the founder of Fajitas & 'Ritas and the interactive dinner theater experience Finnegans Wake ("Try to imagine the ballad 'Finnegan’s Wake' transformed into the Irish version of 'one of those Italian Weddings'") with Paul Sussman serving as both chef and GM.

Back Deck will be open for lunch, brunch and dinner and touts its use of three different styles of grill. The menu includes grilled black pearl salmon with grilled polenta over fresh tomato vinaigrette with basil aioli and Wolfe's Neck hangar steak adobo with charred spring onions, mashed red potatoes and garlic creamed spinach. For the full dinner menu, see below. 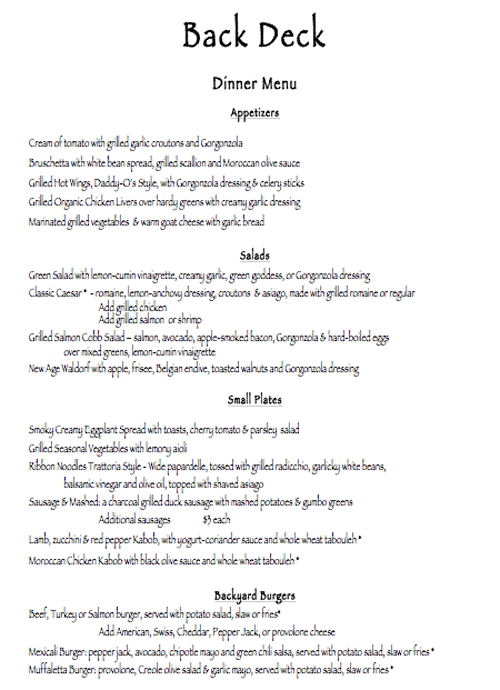 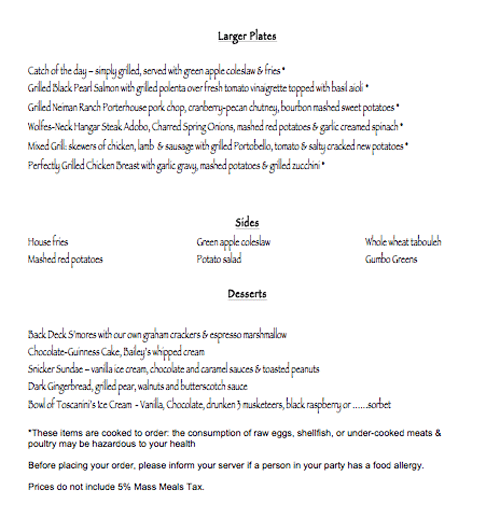