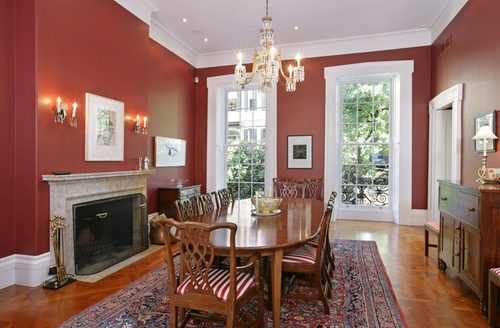 BEACON HILL - The 6,570-square-foot townhouse at 3 Louisburg Square sold for $11 million, according to a source with knowledge of the deal (the listing also appears to have disappeared from listing sites). Though that represents a closing price of at least $1 million under the asking, it is still the second-biggest home sale in Boston so far this year (here's news on the biggest, 15 Commonwealth Avenue, which closed earlier this month and also involved price-chopping).

BACK BAY - A couple of weeks ago we told you about the duplex at 165 Commonwealth Avenue that had hit the market for the first time in 16 years. The 3-BR, 2.5-BA, 2,653-square-foot spread was asking $2,820,000 back in those halcyon days before Bobby Valentine went off on Kevin Youkilis. As of Wednesday, though, it's asking $125,000 less. Stained-glass skylight and deeded parking space still included.

DOWNTOWN - The competition for condos in choice neighborhoods like the South End and Back Bay has heated up, in no small part because of dwindling supply at the entry level: In downtown Boston, the number of available properties for sale between $300,000 to $600,000 is only 155 compared to 293 available units during the same time last year, according to information gathered from MLS Property Information Network.