Nothing last forever, not even California-Tuscan cuisine: which is why Nix's Mate is opening tonight in the downtown Hilton, replacing the former Caliterra with a menu that looks for inspiration from New England rather than from another coast or country. Following a private event, Nix's Mate will first become open to the public at 9pm this evening. Appetizers include tuna carpaccio Niçoise, salt cod fritters with pork rib baked beans, and braised veal cheek “pot au fue.” Entrees include spring pea risotto with Maine lobster brown butter and roasted Gloucester cod with stewed peppers, mussels, rice and beans. One of the restaurant's walls is devoted to a retelling of the story of a pirate who once lead a mutiny against Captain Nix, who had a harbor island - and now a restaurant - named after him. 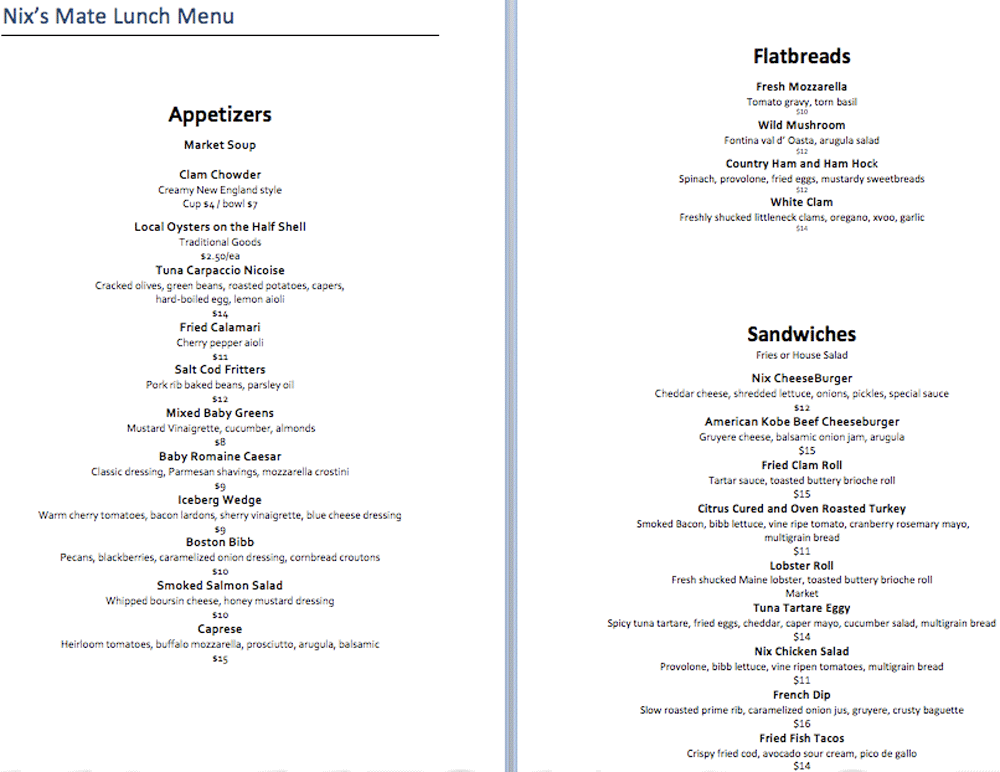 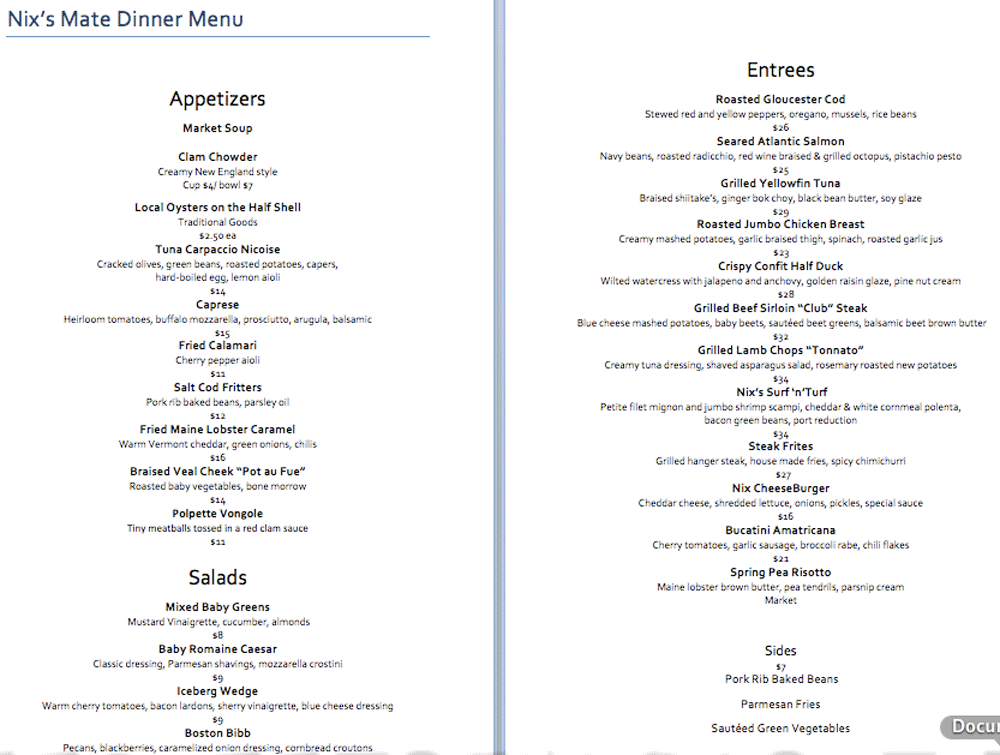 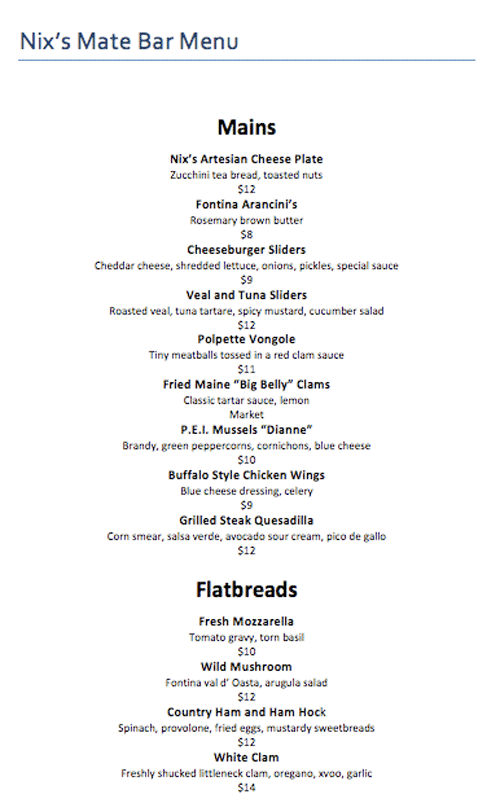