Merry Corky White is Boston's resident food anthropologist, and her new book Coffee Life in Japan hits the shelves in May and is already available online. Japan is White's specialty, and she is a professor in the anthropology department at Boston University, a researcher at the Reischauer Institute of Japanese Studies at Harvard, and teaches in the Master of Liberal Arts in Gastronomy program at BU's Metropolitan College. She's been visiting Japan for over 40 years and it nearly ruined her on American coffee, until American coffee starting becoming more Japanese. Eater spoke with White about her new book and where she goes for coffee in Boston. 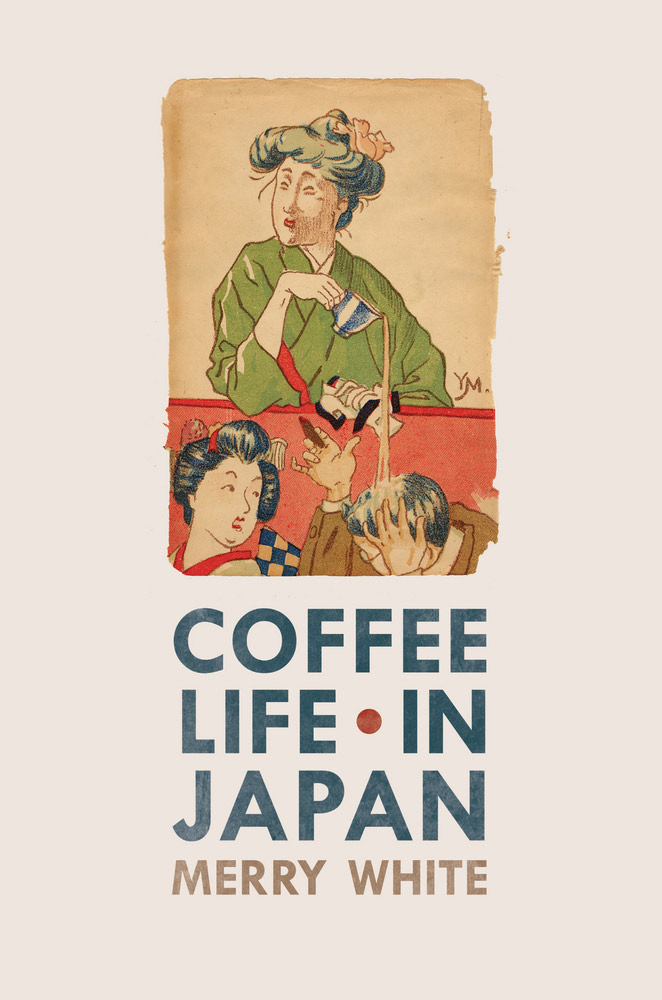 How did the book come together? One of the things an anthropologist does is get out there, interview, and then hide away so she can record her notes in tranquility, and the most wonderful, tranquil places were always cafes in Japan. I kind of took them for granted. It never even occurred to me that people would say 'what do you mean there are cafes in Japan?'

I ended up loving sixteen or seventeen favorites in every city that I worked. Four years ago, after writing a lot about Japanese society and other things about Japan, suddenly this spoke to me. For four years I sat consciously in cafes and interviewed a lot of people about their business in coffee or their use of cafes or coffee. I worked with the cafe industry and I found out some things that I think for most people would be counterintuitive, some big surprises.

Which are? The first surprise for many people outside Japan is that it's coffee at all. Most people say to me, 'what do you mean - shouldn't it be tea?' No, it really is coffee, and it's been coffee for a long time. Coffee is the number one social beverage in Japan, beating out beer, beating out, indeed, green tea. Another [surprise] for people is that Japan was the country that was targeted as the number one market in coffee back in the 19th century. Japan now scores third in the world for coffee imports. U.S. is number one and Germany is number two and the idea that Japan rather than France or Italy is a high volume importer is also surprising to people.

Like everything in Japan, it's very high quality. There's huge, high standards. To the point where if there's a new varietal somewhere, they'll send their beans to Japan for vetting, and if it can sell in Japan it can sell anywhere.

What are the Japanese beans like? They favor a medium high roast, not a super dark roast. The Starbucks invasion hasn't done very well. Yeah, they are everywhere, but they consider those beans charred and that the service isn't good. They ask you three questions when you go to some coffee shops in Japan. What do you want for body, what do you want for density and what method of brewing would you like? And then they make your cup. And body, koku, is the most significant. It's a little different from density. Body means a layered taste. Where you get, like with wine, a first hit and layers of taste that follow and what they call the nodogoshi, the taste that lingers down your throat. It's a complicated set of profiles, it's not one.

And the flavor? Every city in Japan seems to have a different flavor that they prefer in coffee. The densest coffee is in Nagoya, the next is in Osaka, and Tokyo is the lightest: there are fewer grounds of coffee per cup than in other parts. There's a lot of differences across Japan in terms of taste, there's no one answer.

What equipment is preferred? Most people really like the pour over. That's the style that has come to us with all the Hario equipment that you can find in a lot of Boston's better cafes, so you get the Hario V60, which is that filter holder with the swirly lines in in it, and that is the product of a lot of pretty serious coffee engineering in Japan. Also you get the cold brew iced coffee, that's also from Hario. The other kind of traditional coffee making is in siphon, and again that came to us as a sort of revisited way of making coffee. In fact their competitions in Japan lately have been featuring siphonistas. We're all drinking Japanese coffee when we go to these places like Hi-Rise on Mass Ave in Cambridge and Jaho in the South end - they have a siphon bar - there's Japanese coffee now in Blue Bottle in New York and San Francisco. And oh my gosh it's everywhere now in L.A.

How does the Japanese cafe atmosphere differ? Nobody in Japan except foreigners brings a laptop to a cafe. You do not find that. You do not find wifi. Cafes are a place either to be social or to be private in public, to be in a personal space away from the hubbub of your ordinary life. I'm sure you know that people call cafes third spaces - you're not at work, you're not at school, you're not at home. You're somewhere else. And you're allowed to be kind of different sort of person in this place. So Japanese love using cafes as time out spaces. Life there is pretty dense in population and in business.

How have your tastes changed since writing the book? I feel like I've priced out of the market because I know too much to enjoy an ordinary cup of coffee. It's not quite true, of course I will gratefully take whatever's offered, but I do have a heightened sensitivity to what can happen in a cup of coffee, and I've learned in Japan what relatively few American coffee people can do or have done. But a lot of us are learning from Japan and on the West coast and in NY and in Boston there are people who have either directly or indirectly learned Japanese coffee methods to the point where pour overs are no longer identified as Japanese. In some stores they seem kind of normal. Or a version of normal. So I'm very grateful.

What's your local favorite? Judson MacRae really helped me with a lot in the preparation of this book and in his own dedication to making Japanese style coffee. That's at Hi-Rise on Mass Ave, that's where I spent a lot of time drinking coffee, or Voltage on Third on Cambridge, Lucy Valena's place, or at Gus Rancatore's, Toscanini's, because he also learned and gets coffee from Barismo in Arlington, where I think a really attentive roast is done. I think Barismo and any one of these guys making the coffee, I'm pretty happy.

Merry Corky White will be speaking about Coffee Life in Japan at the Harvard Book Store on May 18.