MBTA Leases Space to Clover for Cafe at Hynes

Share All sharing options for: MBTA Leases Space to Clover for Cafe at Hynes

Clover plans to open a third brick-and-mortar establishment in addition to the food truck fleet that put the company on the map with a new cafe at the Hynes T station. The Boston Business Journal reports that Clover was the sole bidder for the 275 square foot space "on the back side of Hynes Station" on Newbury St. and that it plans to open this spring. Boston.com deduces that the new cafe will have just one table based on an artist rendering, and from what we can tell the teeny new spot will offer something of a hybrid between the to-go service at Clover's trucks and that of its stabile eateries in Harvard and Inman. The new location's menu will feature Clover classics like the chickpea fritter and egg and eggplant sandwiches and its lease goes for one year: think of it as a semi-permanent pop-up.

A spokesperson for the MBTA says the lease will generate "much-needed non-fare revenue," which makes us wonder what other restaurants might start appearing on T grounds. Prediction: L'Espalier, Lechmere edition. 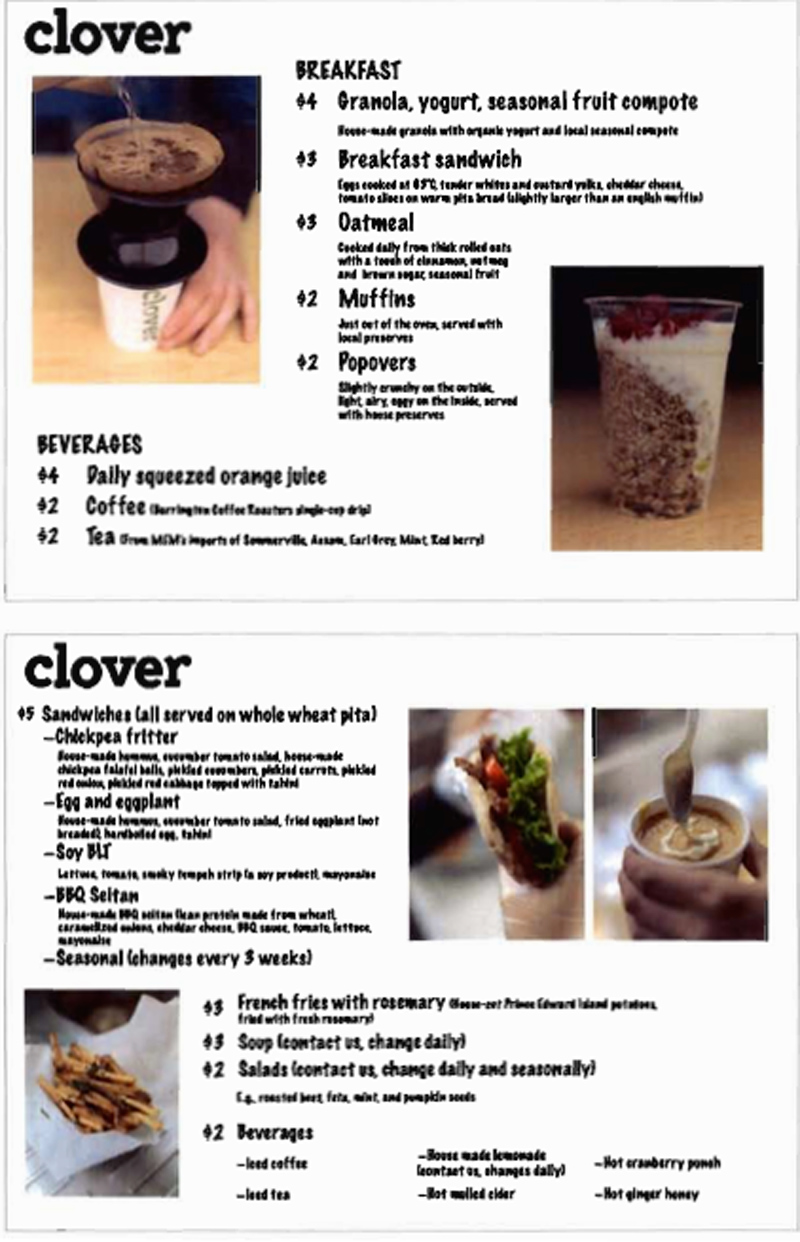