Share All sharing options for: Night One of Uni's New Ramen Menu

Excited about the new late night ramen options at the revamped Uni? You're not the only one. Uni chef-owner Ken Oringer tweets that he had forty people lined up for a first taste of his ramen, including one patron who, judging by the above photo, was so excited that his eyes glowed. Oringer's ramen debuted last night at 10:30pm and included seven-hour pork shoulder and noodles by Coppa/Toro chef Jamie Bissonnette. From looking at a menu that Oringer apparently scrawled on cardboard, it appears as though a matcha and Meyer lemon ice cream sandwich also made an appearance. Maybe Uni's instant popularity as a ramen fix proves that the only thing hotter than a late night ramen restaurant that doesn't tell you where it's going to be until days before is one that stays put? 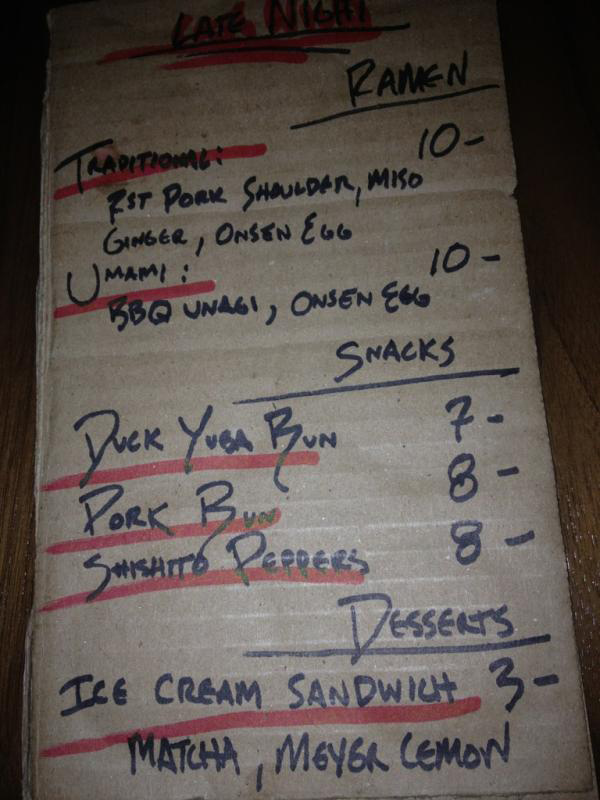