Presenting this week's Curbed Cuts, the pick of the news from our neighborhood-savvy sister site Curbed Boston: 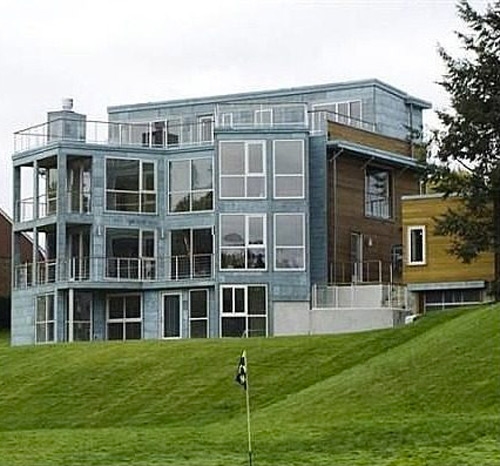 CAMBRIDGE - The 4,863-square-foot, copper- and cedar-clad house at 245 Grove Street near the Belmont border has gone on sale for $2,450,000. The house, designed by Robert Augustine, caused a furor in the neighborhood after it was built six years ago by developer Duncan MacArthur (who also bought it and is now selling). One neighbor said the modernist structure "frightened" her and it certainly stuck out amid the lower-slung, older Colonials and ranch styles.
__
BACK BAY - The first listings from the future 4-6 Newbury Street have hit the market. Once anticipated to start at $3.5M, the full-floor units being carved out of an old garage and destined to rest above a Chanel store, actually start at $3,875,000 and go as high as $7,965,000 for a 5-BR spread.

__
BOSTON - We mapped like mad all the city's homes renting for more than $10,000 a month, in light of the Ritz-Carlton spread now asking $30K.
__
BROOKLINE - Meanwhile, one town over, Brookline has its own over-$10K rental: a 2,475-square-foot penthouse at Longwood Towers off Chapel Street. It's asking $11,500 a month and has been on the market for more than 230 days.