Friends of Eater on Their 2012 Restaurant Breakups

Share All sharing options for: Friends of Eater on Their 2012 Restaurant Breakups

As is the tradition at Eater, our closeout of the year is a survey of friends, industry types, bloggers, and readers. We've already covered Top Standbys, Favorite Newcomers, 2012 in One Word, Best Neighborhood, Biggest Surprises and Best Meals. And now, the penultimate question.... 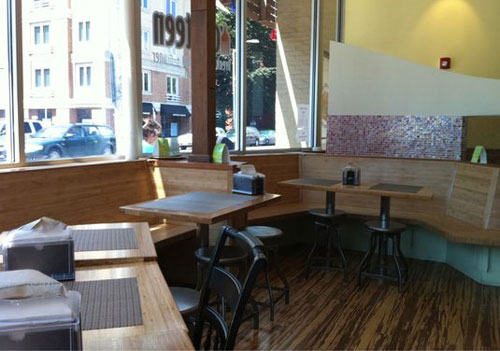 Q: Were there any restaurants that you broke up with in 2012?

MC Slim JB, restaurant critic, The Phoenix: I guess it's hard to have a breakup when you never really got past the flirting stage, but I've been singularly unimpressed with most Seaport restaurants and bars outside of standbys like Drink and Sportello. In my book, the lovely harbor views don't compensate for mostly underwhelming food and drinks. I'm hopeful something there will wow me in 2013, but for now I'd rather give my affection to non-chain, independent restaurants in less touristy neighborhoods.

Marc H., Boston's Hidden Restaurants and Boston Restaurant Talk: I can't think of any offhand. I can't tell you how much I miss Johnnie's Foodmaster, though. I know that it was a rather gloomy chain of urban markets, but it was an urban market, which Boston now has very few of.

South End blogger BosGuy: Union Bar and Grille in the South End. This restaurant is crying for a make over. The loss of several good managers, bar staff and chefs have left this restaurant a shell of its former self.

An anonymous industry insider who we'll call Litchi Bear: The Painted Burro (terrific margaritas, but bar's always too crowded), Miracle of Science (years before, there wasn't that much competition for a great cheap-ish burger; now there is), Bloc 11 (not at all because of them—they still have some of the best coffee—but only because I have a real job now and I don't need to squat in there every day with my laptop). Bittersweet breakups.

Aaron Kagan, editor, Eater Boston: Can't quite put my finger on it, but for some reason I've lost my appetite for The Upper Crust.

Rachel Cossar, ballet dancer with the Boston Ballet and food blogger at foodista on pointe: No, but I will know for a fact that Hamersley's signature chicken is no longer the sole contender for best in Boston.

Damien Smith, community manager for Yelp Boston: No breakups, but calls for some serious introspection arose thanks to the root of all relationship turmoil: comments made on Facebook. As for foodstuffs, I've a new appreciation for vegetarian cuisine (thanks Life Alive and Veggie Galaxy!) and have successfully cut back my previously unwavering dependence on all things meat.

TJ Connelly, DJ for the Red Sox and founder of onthebar : Sadly, Canteen on Mass Ave closed. They were a favorite lunch option for a good long while.

Jennifer Che, blogger at Tiny Urban Kitchen: I didn't break up with any restaurants in 2012, though David Punch from Ten Tables broke up with us by leaving Ten Tables Cambridge and moving to Newton to open Sycamore (we miss him dearly, and are quite jealous of all those lucky folks in Newton).

· All coverage of Year in Eater [~EBOS~]