Share All sharing options for: Friends of Eater Pick Best Dining Neighborhood of 2012

As is the tradition at Eater, our closeout of the year is a survey of friends, industry types, bloggers, and readers. We've already covered Top Standbys, Favorite Newcomers, and 2012 in One Word, and now it's time for Best Neighborhood. Feel free to add your own answers to the comments. 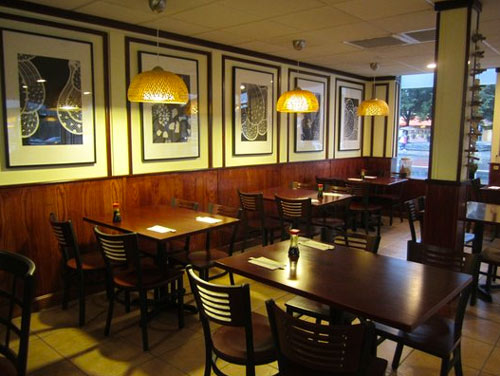 Q: What was the best Boston area dining neighborhood of 2012?

Marc H., Boston's Hidden Restaurants and Boston Restaurant Talk: "Best" and "most popular" are definitely two different categories. Most popular would be the Seaport District or whatever it's called this week; best would probably be the Inman Square section of Cambridge. Tough to argue against places such as the City Girl Cafe, Punjabi Dhaba, The Druid, Casa Portugal, All-Star Sandwich Bar, Christina's, Tupelo, Clover, Grillo's Pickle Shop, and so many others.

Rachel Cossar, ballet dancer with the Boston Ballet and food blogger at foodista on pointe: Cambridge in general, Kendall in particular (home of A4, Catalyst, Belly Wine Bar, West Bridge...and soon to be many more exciting new or relocated restaurants).

Tom O'Keefe of BostonTweet: I've become an even bigger fan of Kendall Square in 2012. It's a perfect mix of craft beer bars and fine food. You can grab a great beer at either Meadhall or Cambridge Brewing Company and then top it off with a delicious meal at Area Four or the amazing new West Bridge.

Jacqueline Church, local food writer: I am pathetic when it comes to getting outside the downtown area. Does Portland, Maine count? I'd head back there in heartbeat, too. Had some fine food at 51 Lincoln last year, and that couldn't be easier to get to yet, I failed. Pathetic.

Audrey Giannattasio of Boston Foodie Tours: Kendall Square, Cambridge. It's become a restaurant row with the likes of Catalyst, Area Four, Hungry Mother and Bondir. Inman Square and the Seaport are giving it competition with the recent addition of Will Gilson's Puritan & Company in Inman, and Mario Batali and Geoffrey Zakarian heading to the Seaport this year.

· All coverage of Year in Eater [~EBOS~]