Abby Lane opens later this month, a 200-seat, family-friendly Theater District restaurant from a team that includes Jason Santos, owner/executive chef of Blue Inc. and former Hell's Kitchen contestant. A first look at a draft of the menu reveals a focus on comfort food and local sourcing. On the lighter side, there are appetizers, soups, salads, and individual pizzas, averaging out around $10. Burgers and sandwiches go for about $13, while entrees range from $23-$28, except for the $16 cast iron mac and cheese, made with mushrooms, chives, and truffle cream. For the most part, the dishes are fairly uncomplicated, which will make Abby Lane an easy choice for families en route to see a show. There are bits of excitement here and there, like the pizza buffalo (spicy fried chicken, caramelized onions, blue cheese) and the pan-seared duck breast (fresh rosemary fettuccine, bacon, broccolini, gremolata), but it's the simplicity of the menu and sourcing of local ingredients that could make Abby Lane shine. 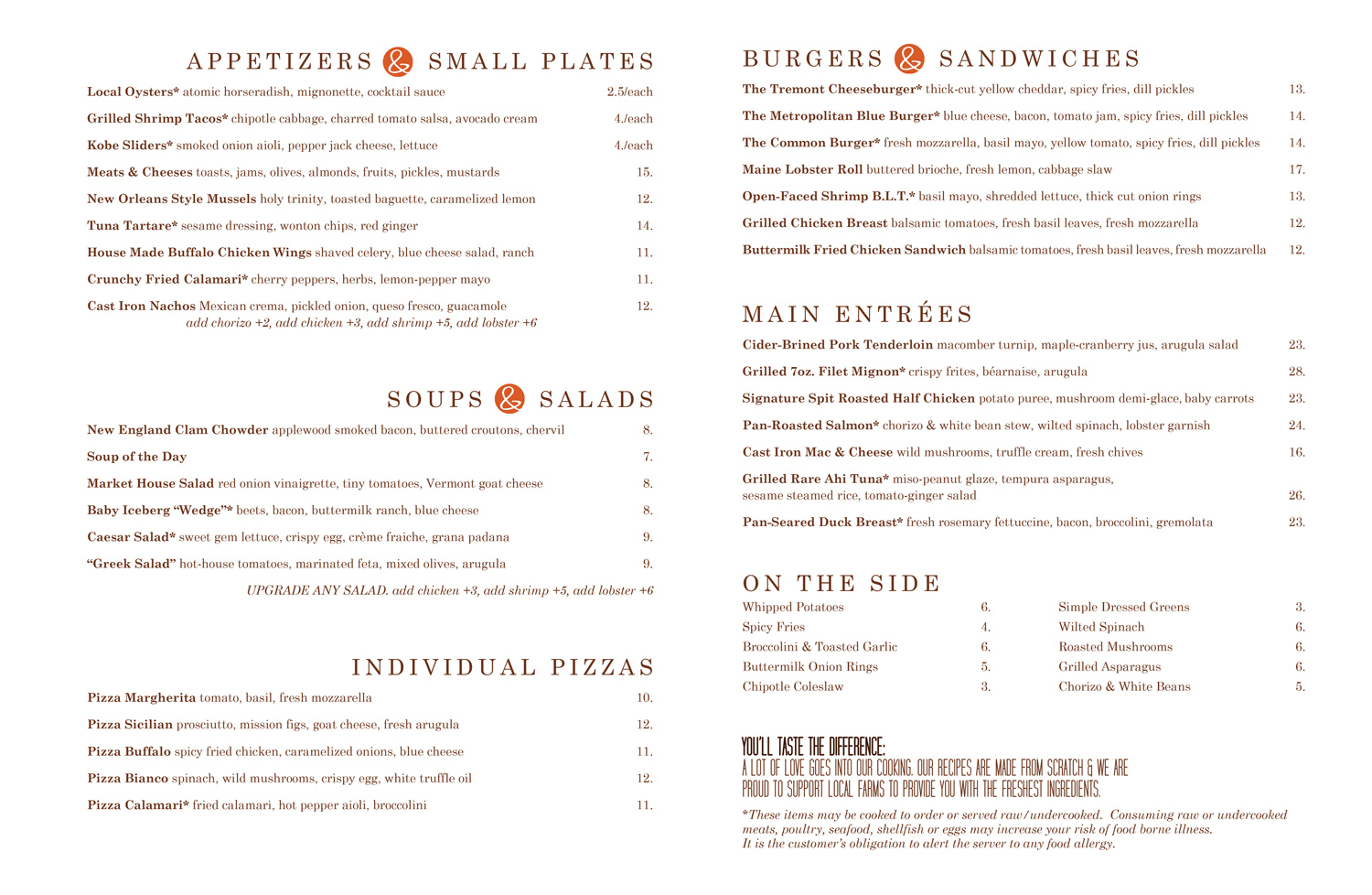 · All coverage of Abby Lane on Eater [~EBOS~]