Share All sharing options for: Five Things to Know About Estelle's, Opening Tomorrow

South End residents have been waiting with bated drool for the opening of Estelle's, and they only have to wait one more day. A representative for the new bar and restaurant tells Eater that tomorrow is the big day, at which point Estelle's will blast onto the scene at 5pm. Estelle's is a project of Brian Poe, chef at Poe's Kitchen at the Rattlesnake and the newish Tip Tap Room, and former East Coast Grill chef and general manager Eric Gburski, who serves as executive chef here. A Southern angle was previously deduced thanks to a leading tweet, which the team later elaborated on, saying things would be "kind of Gulf Coast style." See below for five more things you should know about Estelle's, plus the menu.

1. The name comes from a former Roxbury Crossing establishment, which the owner's family gave the okay.

2. Seating breakdown: eleven at the bar plus 70 more in the lounge and dining room.

3. Much of the menu is an homage to Poe's grandmother, Leaty Drake, aka "Miss Leaty."

5. Yes, there is a red velvet Moon Pie, with butter cream and raspberry sauce. 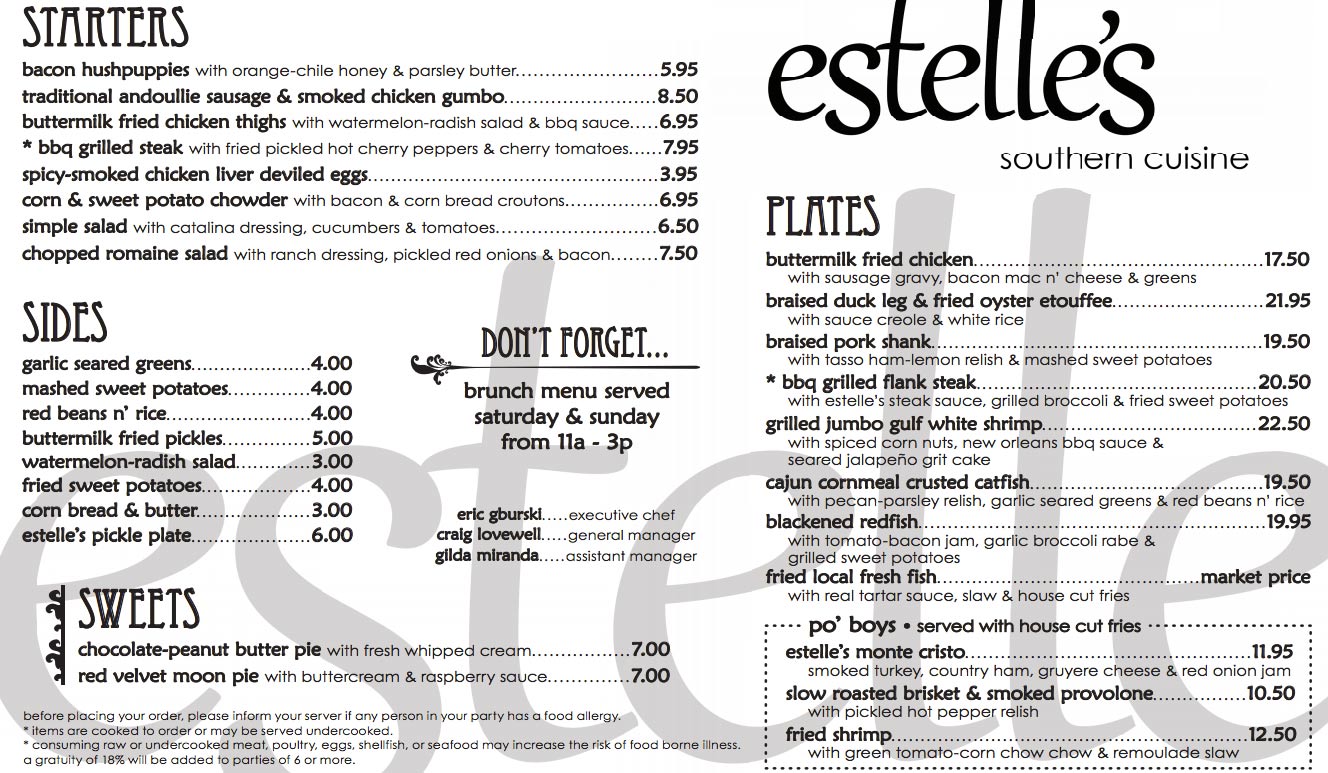 · All coverage of Estelle's on Eater [~EBOS~]
· See the menu at Estelle's, opening Saturday in the South End [GS]