Jackson Cannon on Two of His Favorite Bartenders

Share All sharing options for: Jackson Cannon on Two of His Favorite Bartenders

Welcome to Front & Center, a series highlighting front-of-house professionals in Boston area bars and restaurants. What with it being Cocktail Week and all, here's Jackson Cannon, bar director of the Hotel Commonwealth holy trinity of Eastern Standard, Island Creek Oyster Bar and The Hawthorne, weighing in on two of his favorite bartenders in town. 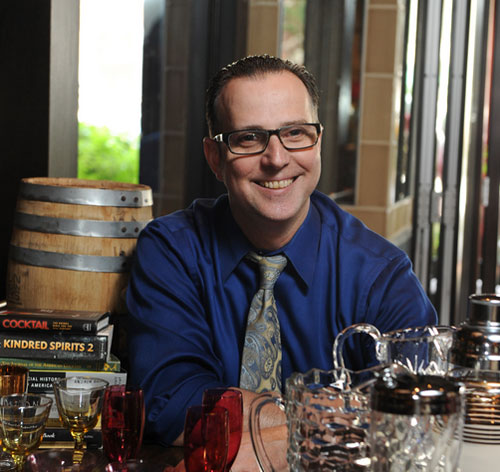 It's funny, I feel bad because if I shout somebody out it's like I'm not shouting somebody else out. There's just so many people on my crew that are doing amazing things and I feel like if I shout them out I'm just self-promoting, but I can't disqualify them. And what Naomi Levy is doing at Eastern Standard right now is definitely something guests are noticing. She is establishing herself at the next level under Kevin [Martin] there, and so for an in-house person I think she's quite amazing to watch: it's that kind of thing to keep your eye on in the coming year. I wish I could come down and get service from her now without her knowing me.

It takes a little bit of time and takes familiarity and takes experience, and now that she's got all those pieces together, she's reading a guest and she's serving them along their needs more than sort of asking them what they want. I know that sounds sort of basic, but the phrase we use there, and it's a very geeky term, is she's seeing the matrix. Like she looks out and she's seeing code and she can manipulate the environment to everyone's benefit. It's like you don't have to know what you want. She knows.

At Drink, it's Will Thompson.This may sound funny, but he probably had things to prove to himself, and as you're going through the rigors, he had sort of staked out some territory that was away from where I liked to be drinking. He's now kind of transcended that, and his service is just kind of rapid and intuitive, it spans from cocktail to beer with the same sort of affable sarcasm that works in a young man comfortable in his abilities. Last time I walked into Drink, I couldn't help myself. I walked right onto the station with Will and he handed me a spoon and I started stirring right next to him. He's fearless. He's fun to watch.

Those are the two for me right now. I'm enjoying any opportunity while they're serving.