And You Thought Chez Henri Would Never Serve Brunch

Share All sharing options for: And You Thought Chez Henri Would Never Serve Brunch

The French and Cuban-leaning Chez Henri just off Mass Ave between Harvard and Porter is trotting out a brand, spanking new brunch service starting October 14. General manager Beth Schunke tells Ask Men that patrons "are always calling and asking for brunch and telling us how much they would love to have a cuban sandwich and beer on a lazy Sunday." So, here it is: stop calling! According to that post, the restaurant "never had a regular brunch schedule" before now in its prior decade of existence. The new menu is divided between "lighter fare" (Escargot de Bourgogne with parsley Pernod butter,, $11), main courses (foraged mushroom omelet with gruyere, herbs and brioche toast, $11), sides like yuca con mojo ($7) and cocktails including a corpse reviver (gin, Cointreau, Lillet, lemon juice, Absinthe). That ought to get you out out of bed. Brunch will be served from 10am to 2pm on Sundays only. See below for the full menu. 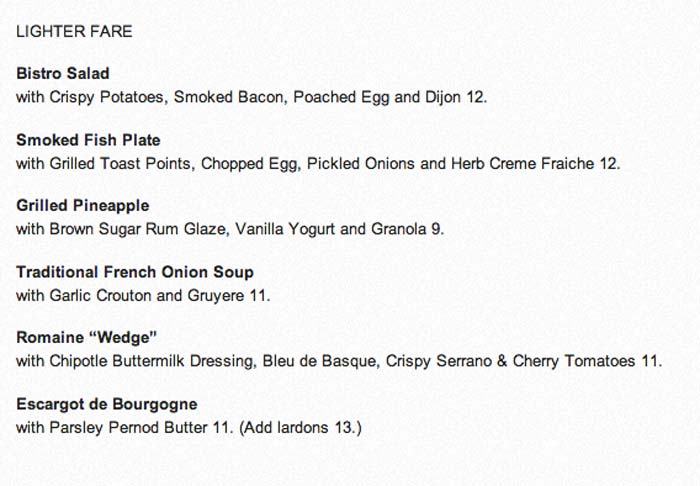 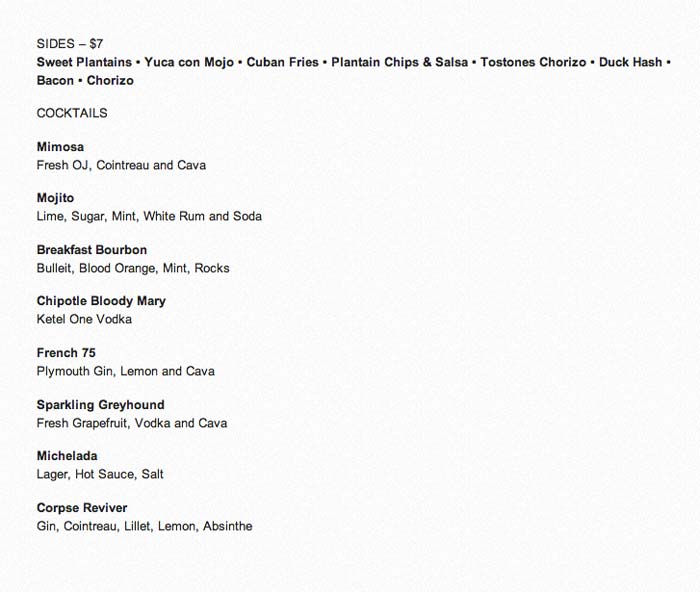