The Providence-based Pizza Pie-er just opened a new location in South Boston. The new shop takes the place of the former Kiley's Tavern on Old Colony Ave and is the second in the Boston area: there was once another in Back Bay, but now there's just this, a location in Inman Square, and the Providence original. The Pizza Pie-er menu setup allows patrons to pick more than just their topping, with options for different crusts (white, wheat, whole grain, gluten free, with vegetables in it) and sauces (red, white, pesto, barbecue, more). But the company is probably better known for its bizzarre ads, which have featured suicidal taste buds and pizza varieties depicted as circus freaks. The South Boston location officially opened shop on October 15 according to Facebook and confirmation from an employee. For the menu, see below. 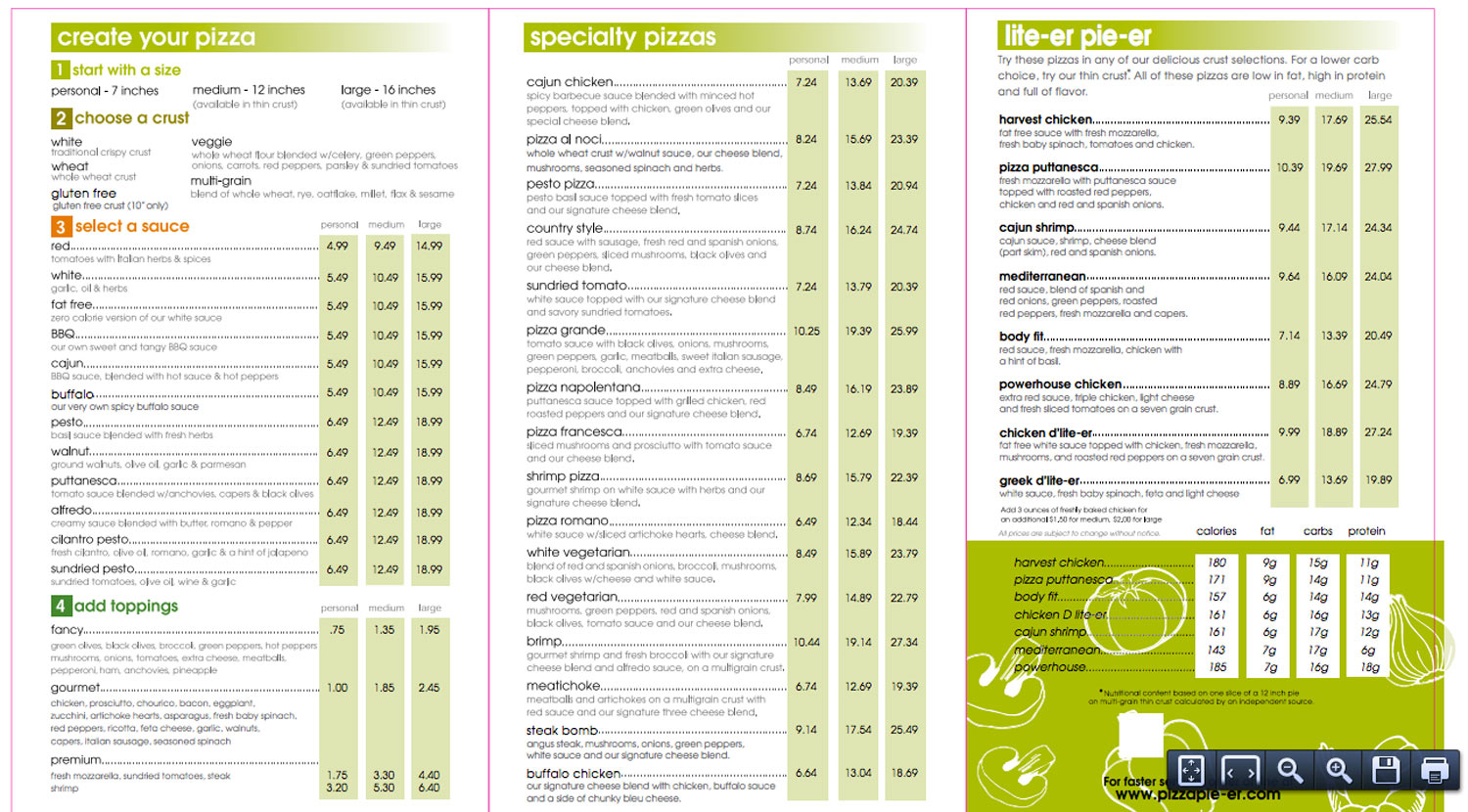